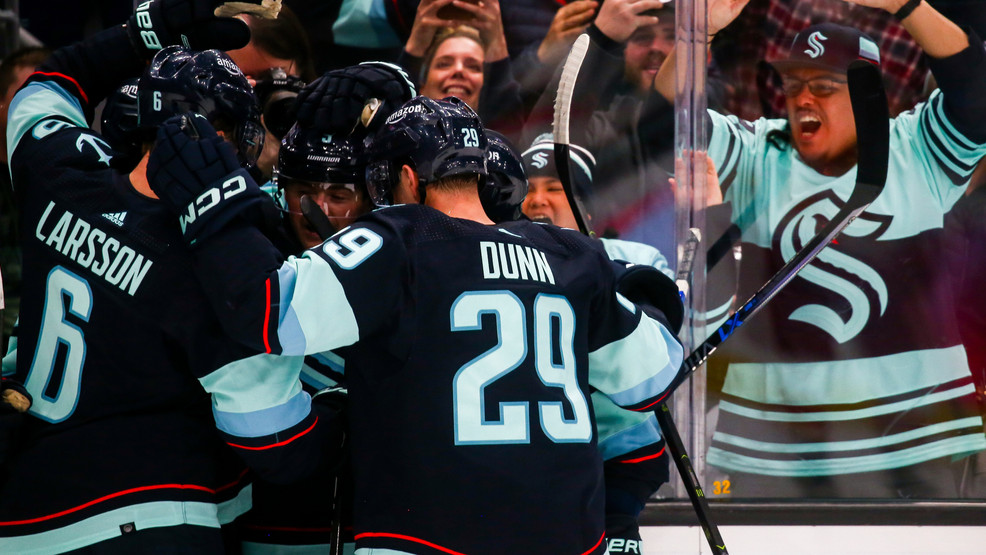 Just under a year from now, Seattle will be rocking with an outdoor hockey game.

The NHL announced Monday that the Seattle Kraken will host the annual “Winter Classic” outdoor game on January 1, 2024, at T-Mobile Park.

It will be the first regular-season outdoor game for the Seattle Kraken, and the 29th NHL team to participate in the major event.

The Kraken will take on the Vegas Golden Knights during the annual outdoor game, making it a battle of the last two NHL Expansion teams. What more could you want?

The game at T-Mobile Park will be the second outdoor appearance for the Golden Knights.

“Outdoor hockey is at the essence of our game and the way many of our players grew up playing,” said Seattle Kraken General Manager Ron Francis. "We are thrilled to have the chance to showcase this in Seattle.”

On Monday, the Boston Bruins host the Pittsburgh Penguins at Fenway Park for the 2023 Winter Classic.

The first time the NHL held the event was on January 1, 2008, when the Buffalo Sabres hosted the Penguins.

A testament to the fan support the Kraken receive, the NHL chose Seattle to host the event after a brief but eventful tenure so far in the league.

“We are honored that the NHL has selected the Kraken, in just our second season, to host this amazing event at the home of our friends, the Mariners,” said Tod Leiweke, CEO of the Kraken. “Over 40,000 fans will witness the beauty and grace of our wonderful game in a venue that showcases the Puget Sound surrounded by the Cascade and Olympic Mountains.”

Layout of the ice in relation to the baseball field for T-Mobile Park seating is yet to be determined. It's an NHL hosted event, so details about pricing and when tickets officially go on sale will come from the league at a later date. A press release from the Seattle Mariners said tickets are expected to go on sale beginning in spring 2023.

It's a Seattle first, but part of an exciting year ahead in town, especially at T-Mobile Park.

The 2023 Major League Baseball All-Star Game will be held at T-Mobile Park in July, and just six months later, the one-of-a-kind hockey game will be held there to show off the winter beauty of the Pacific Northwest.