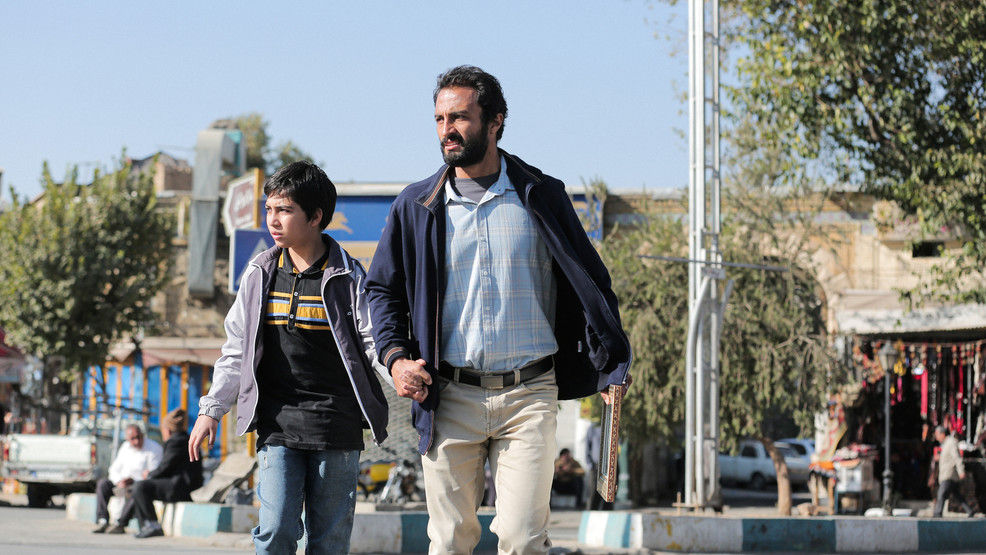 No good deed goes unpunished. Damned if you do, damned if you don't. Nice guys always finish last. The sayings are endless, but the stakes have never felt more heightened than in "A Hero," a film by Iranian writer-director Asghar Farhadi, whose 2011 "A Separation" and 2005 "The Salesman" both won the Academy Awards for Best Foreign Language Film.

This time, he is interested less in family dynamics - though, we have that factor at play here, too - and more in the psychology of kindness and our immediate human response when a generous act loses its shine. "A Hero" won the Grand Prix at the Cannes Film Festival last year, the second-most prestigious prize after the Palme D'Or and is Iran's entry for this year's Oscars.

Unlike Farhadi's last movie, "Everybody Knows," which was set in Spain and starred Spanish celebrities Penélope Cruz and Javier Bardem, "A Hero" is a return to his home country, a place that, to American audiences at least, may have alien, "archaic" features like debtors' prisons and marriage dowries. In Iran, sign painter Rahim (Amir Jadidi) takes a short leave from the prison where he was sent by his creditor Bahram (Mohsen Tanabandeh), who also happens to be the brother-in-law of his former wife. Family entanglements are common aspects of Farhadi's films, reflecting a culture that has complex relationships with a multitude of roles and responsibilities. For Western viewers, the mixing of family and business, which drags everyone into Rahim's personal problem, is an added layer of unease. There are more and more people who will be burned if things go south.

But Rahim is a good-natured, mild-mannered jailbird seemingly eager to put the past behind him. He returns to his friends and family who open their arms to him with advice over hot tea. Lots of tea. He first seeks help from his brother-in-law Hossein (Ali Reza Jahandideh). Rahim wishes to broker a deal with Bahram to gain his release from prison and work towards erasing his debt. The plan is to use 17 gold coins that his secret girlfriend Farkhondeh (Sahar Goldust) found at a bus stop. Unfortunately, the exchange rate isn't great and, worse, Bahram won't accept the payment.

This leads Rahim down a rabbit hole of questionable motive and morality. Whether due to an uneasy conscience or with more sinister intentions in his heart, Rahim decides to find the owner of the coins, a weeping woman with a heartfelt story who meets with Rahim's sister Malileh (Maryam Shahdaie) and leaves with the purse. Quickly, the prison staff learn of Rahim's crusade for justice, and his story of "prisoner does good deed" goes Iran's version of viral, scoring him tv spots and accolades. He often drags his young son who suffers from a debilitating speech impediment into the limelight, possibly to garner pity, but just as possibly out of love. He has people in his corner, including administrators at the prison and local charities, now urging Bahram to let the prisoner go free.

Jadidi as our charming, agreeable lead provides the perfect blank slate on which Farhadi to mold Rahim. He is docile and easy on the eyes, but there is something lurking behind his sweet facade. As one thing leads to another and as Rahim reaches local celebrity status, his story becomes suspicious. Stories cannot be confirmed and the owner of the coins, who could vanquish any doubt, has vanished. Farhadi expertly builds the growing tension that rages on screen and in the seat of the viewer who is inundated with an uncomfortable grayness of the film's fable. Gone is the black and white of right and wrong. Rahim could be a foolish, but well-intentioned man with bad luck or a conniving fraudster who gets his comeuppance. Perhaps he was hoping for some recognition, but knew that much of it would be left to fate. He certainly can't predict how and to what extent someone will react to a kind act.

However, whether or not Rahim meant to garner the attention is not our focus. As the film unfolds, the simmering pressure expands, never quite reaching a boil in an agonizing litmus test of just how quickly we as humans can succumb to doubt and, for better or worse, "switch sides". Like in life, the situation is multifaceted, with moving people and parts that Farhadi brings to the forefront with striking color and depth. Though we are given just fleeting glimpses behind the more minor characters, they are as real and fleshed out as our main contributors. By the time "A Hero" reaches crescendo, we are completely invested in Rahim's story and outcome, gripping our seats to see if he will succeed or if the house of cards will fall all around him.

"A Hero" is streaming on Prime Video now.