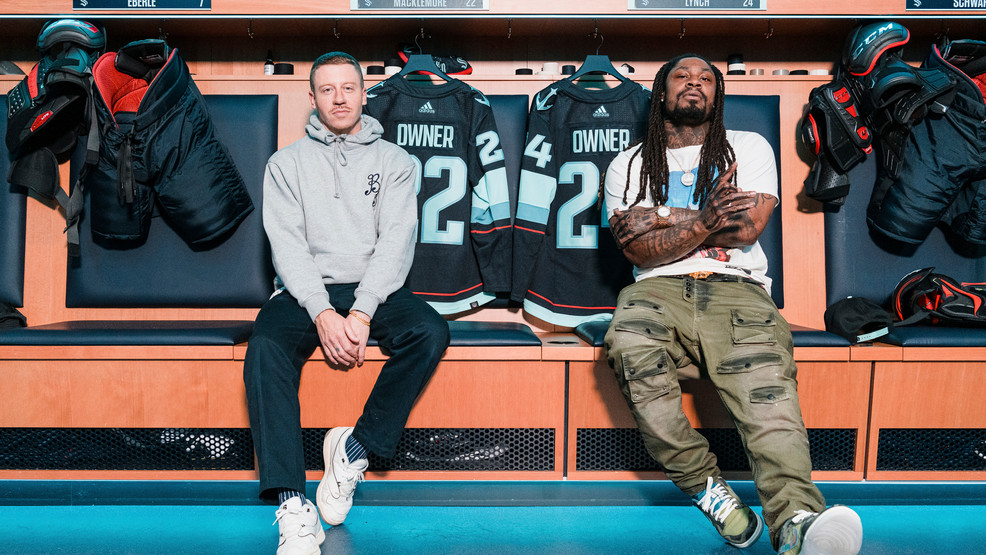 SEATTLE (AP) — The Seattle Kraken are adding some additional star power to their ownership group. Grammy winner Macklemore and former NFL running back Marshawn Lynch are now part of the minority investor group.

The two are taking small stakes in the franchise but they say they have big ideas about community engagement and outreach to go along with their financial commitment.

Macklemore is a Seattle native and has been part of the ownership group for the MLS Seattle Sounders since 2019.

"Seattle is my home and as amazing as it is to have a professional hockey team in the city, I'm just as excited that myself and Marshawn are becoming part of the ownership group," Macklemore said in a video the Kraken posted. "It took a while to get here and we're in the building."