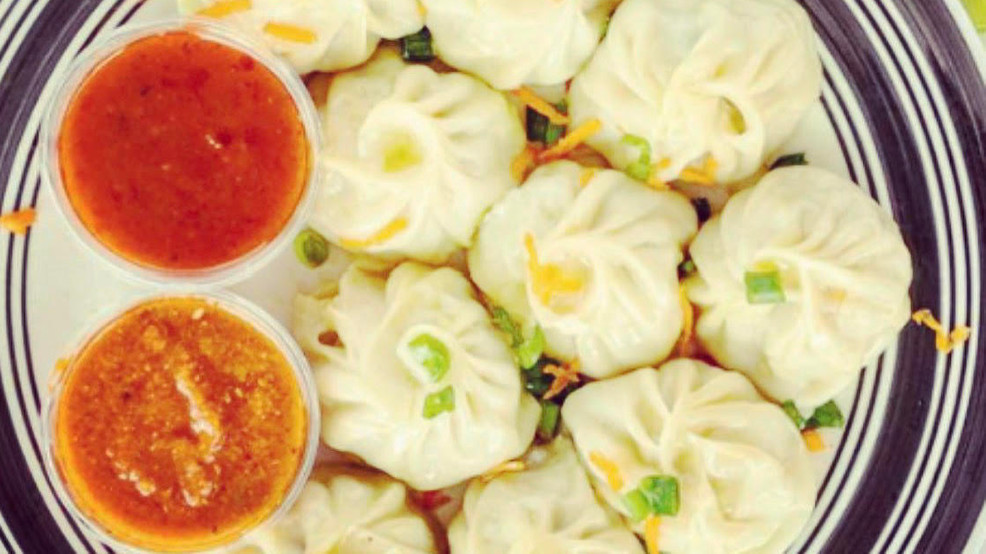 Suroj Dangol (nicknamed Sam) is the chef-owner of Kathmandu MomoCha, a Shoreline-based company that many have credited for making the region's “best dumplings."

Though Dangol relocated to the U.S. from Kathmandu Valley in 2000, he lived everywhere from California, to Denver and Boston - before landing in Seattle in 2004.

“There’s a vibrant culture,” he said. “That’s why I settled down here.”

These days, connecting with Seattleites who have been to his home country — usually for trekking and hiking purposes — is one of the joys of his job. He loves chatting with those who previously tried (and now have nostalgia for) delicious Nepalese dumplings they savored during their travels.

Growing up in a farming family where cooking was a focus, Dangol has decades of experience as a chef spanning all types of cuisines, in kitchens from India to Dubai. For years, he's pondered the popularity and success of Mexican tacos here - and considered that diners likely would be ecstatic to try Nepalese dumplings, too.

"I want to introduce something from our country," he said.

Dangol used to prepare dumplings only for his friends and wife, who didn't particularly like the dumpling flavors found in restaurants. His wife encouraged him to start the business, since he already had such extensive culinary knowledge and expertise - and the process has proven both challenging and incredibly rewarding.

Although Dangol sometimes works 18-plus hours a day — with his wife and other family members pitching in, too — he says it's worth it since he's doing what he loves. The workload is especially intensive, since nothing they serve is ready-made; they prepare everything from scratch.

The family knew their food options had to be quick and easy to serve.

“You can’t have fancy street food,” Dangol said. “People have enjoyed [the food] ... that makes me so happy. I am very happy what I’m doing right now.”

So far the company has gained loyal fans at local farmers market stands and pop-ups around town, where they sell dumplings stuffed with chicken, beef or pork, with vegan and gluten-free options available as well. You can follow their social media pages for up-to-date details on where they'll be and when. Customers order takeout through the commissary kitchen’s website, this site and for delivery via DoorDash and Grubhub. Frozen versions can be ordered in bulk, and there's hope of a food truck coming in the near future (and perhaps cooking classes one day, too)!

Aside from the coveted dumplings, popular appetizers range from cheese balls, Himalayan fries (for which the hand-cut potatoes get soaked in specially-prepared seasoning overnight) and pakora, a gluten-free mix of seasonable veggies that are enhanced with Himalayan herbs and spices plus garbanzo flour batter before getting crispy-fried.

Dangol says he's been working in the community for many years to bring more Nepali culture to Seattle. He explains that 120-plus languages are spoken in his home country; each region has its own food and culture, too.

In fact, he served as president of the Newah Organization of America Seattle Chapter (NOA Seattle) for the past three years. Pre-pandemic, folks loved traveling from near and far to attend the festivals they organize.

"The new generation needs to learn,” he said.

When it comes to building a business, Dangol admitted, "It’s really rough starting,” adding that gigs as an Uber driver and deliveryman have helped generate income throughout the process. Yet regardless of any roadblocks, he's finding the work enriching — especially all the connections made along the way. He encourages curious folks to stop by, order some dumplings and "to try something we do not have in Seattle — culture from Nepal."

"It reminds me of being back in Nepal," he said. "It makes me very happy.”