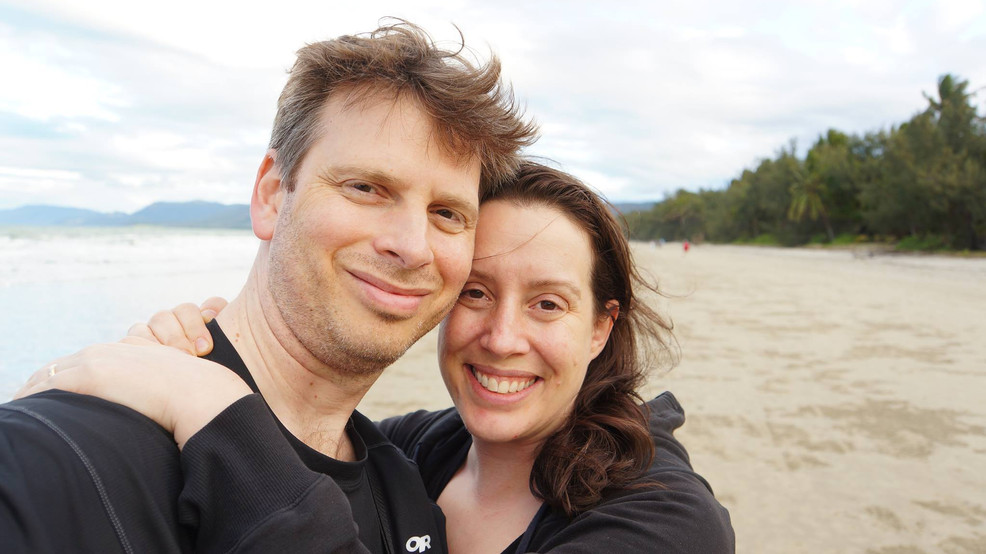 SEATTLE--It’s the most successful show in the history of Netflix and there is no doubt ‘Bridgerton’ has now hit iconic status.

The author behind the best-selling historical series romance series lives right here in Seattle with her husband, an infectious diseases expert at UW Medicine.

Both have made extraordinary contributions at a time when the world is going through a pandemic.

KOMO News would like to exclusively introduce you to a Pandemic Power Couple, Julie and Dr. Paul Pottinger.

The magic of 'Bridgerton' has captured hearts around the world during a very dark time. An enchanting escape—it's the most-watched original series ever on Netflix, seen by 82 million households, and counting.

“The show is just resonating with people in a way I never dreamed,” said Julie Pottinger.

She wrote it 20 years ago. The show’s popularity rocketed the books back to the best sellers with four of them on the New York Times Best Sellers list at the same time.

‘The Duke and I’ was number one for weeks. It’s crazy. I mean every day something new seems to happen that’s just amazing and unbelievable,” said Julie Pottinger. “And so crazy that you just have to laugh.”

Everyone always asks who’s the ‘Paul’ she dedicates her books to: well, that’s him.

“I love, love, love that. I don’t know what I did to earn that so much, but as long as you keep doing it, I’ll be thrilled,” said Dr. Paul Pottinger.

While Julie specializes in escapism, his specialty is something no one can escape right now.

We’ve featured Dr. Pottinger dozens of times on KOMO News as a top expert in the Covid-19 pandemic. He's the Director of the Infectious Diseases & Tropical Medicine Clinic at UW Medical Center Montlake.

He’s a professor, and named a ‘Seattle Top Doc’ by his peers.

“A lot of people’s hobbies, connections, have been ruined or really, really altered,” said Dr. Paul Pottinger. “So, to have that one thing—‘Bridgerton,’ in this case, that so many people love, I think that’s how most people are balancing the year. For me personally to have nothing but infectious disease in the day and to come home at night and have nothing but ‘Bridgerton,’ yeah I’ll take it it’s been pretty good.”

The Pandemic Power Couple met back in ‘88 during college and even before Julie went to Yale School of Medicine.

It wasn’t love at first sight for Julie...

“Some of us fell on the spot and we’ve been together ever since,” said Dr. Pottinger.

“I held out for a few weeks,” said Julie Pottinger.

But Dr. Pottinger was straight up smitten, and still is.

“I have to tell you, when you married to a best-selling romance novelist, every day is like Valentine’s Day.

“You have to bring it. What if I make a mistake? Gentlemen... think of the pressure on me,” said Dr. Pottinger.

Together they have their own identities, but work together as a team.

“If you’re your own fully formed person without the other but then put them together and [you get] better-- I think that’s what it’s been for us," said Julie Pottinger.

Each is humble about their own success, while likely to gush about the other's.

“And he’s the real hero here fighting COVID, every single day and keeping the world healthy, or at least Seattle, and I’m just home watching my Netflix stats smiling all the time," said Julie Pottinger.

Through those highs--and the lows, resilience and putting family first, is what’s keeping the Pottinger’s going.

“I feel weak, overweight and exhausted so I don’t feel stronger right now, but the relationship—yes. I think our whole family is just so tight, so tight. We’ve always been that way," said Dr. Pottinger. “Having a centered place for me—home, and an amazing family—that’s how I’ve gotten through this.”

With their unique blend of science and fiction--together the Pottinger’s are helping the world get through the pandemic.