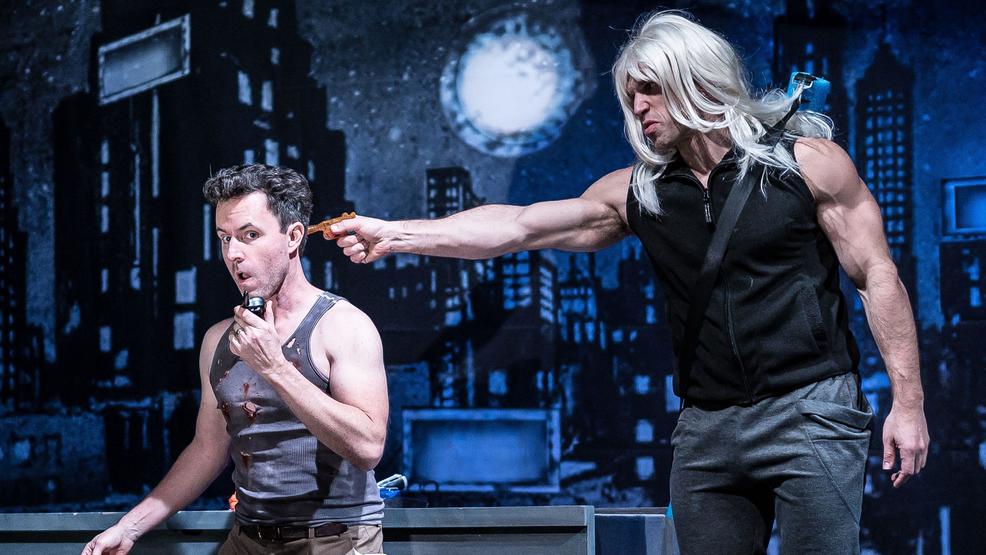 Is 'Die Hard' a Christmas movie? According to Seattle Public Theatre, it is

It's an age old question, one certain to inspire heated debate: is "Die Hard" a Christmas movie?

"Of course it is. It absolutely is. I don't know who these people are who say it isn't," said Mark Siano. "It's set at Christmas and, even though it's a violent '80s action film, it has those themes of redemption, and hope and one man can take on a number of terrorists, if he wanders around barefoot."

No matter where you stand, if you like "Die Hard" it's a safe bet you're going to love "A Very Die Hard Christmas". Directed by Siano, the show is back for another year at Seattle Public Theater in Greenlake.

"'A Very Die Hard Christmas' is a quick and dirty and fun Christmas parody," explained Siano. "It's done in a very sketch comedy style. It's almost as if Monty Python were to take on 'Die Hard.'"

"We give you the pieces of the movie that you love, but we also give you a satire of the movie as well," added Jason Marr, who plays John McClane, the role made famous by Bruce Willis.

"I'm not Bruce. I've got more hair. I don't have his awesome gravitas. So my version of [McClane] is in a way a send-up and a satire and a hat off to Bruce for his performance. But, I also depart in some ways into 'farceville' by going a little over the top of where he goes in [the movie]," said Marr with a smile.

"One of the things I love most about [Rickman's performance] is he's got a really bad German accent," said Olson with a laugh. "So, when I approached this I thought 'I'm going to do an interpretation of Alan Rickman doing an interpretation of a German'. I started there and then turned the volume up to 11."

If you're wondering whether an action movie translated to a theater that seats less than 200, the answer is yes, the production team just had to get a little creative.

"We did this action adaptation the way I think Mother Nature would have intended, with squirt guns, pool noodles and basically all the toys you have have used as a child making fun of the movie...So instead of, for example, using a bazooka to shoot an RV, we use a t-shirt cannon."

Clocking in at just 80 minutes, including intermission and featuring a live band, plus just a bit of singing, "A Very Die Hard Christmas" is the perfect hilarious escape from the stress of the holiday season.

"I want it to be one of those shows where you just turn to the person who took you and go 'that was awesome!'"

In the words of John McClane, "Yippee Kai yay!"