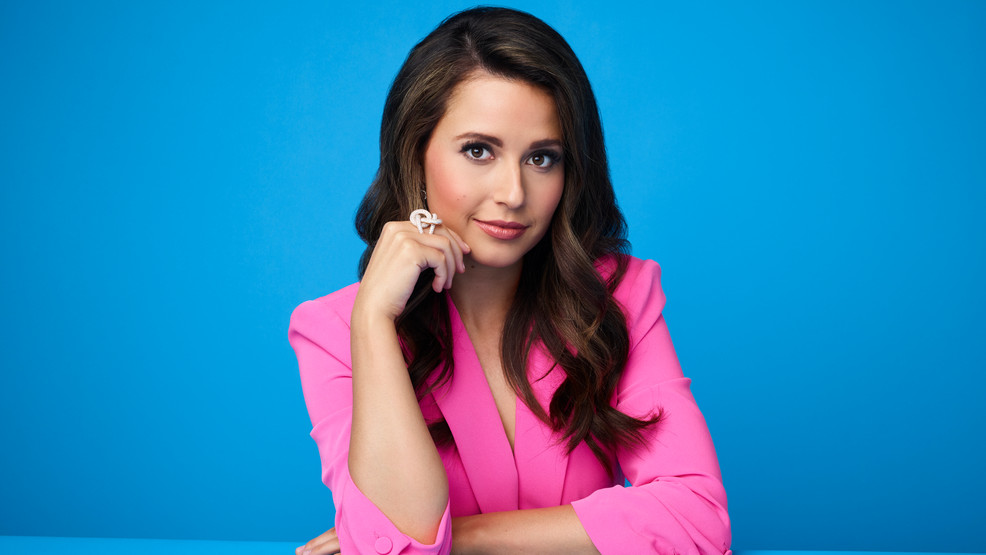 Keeping Up With Katie: Talking to Seattle's own Bachelorette on her 'dramatic' season

This season of The Bachelorette kicked off this week, and it's extra special to us in the PNW - because the lead is Seattle's own Katie Thurston! We got a couple moments to chat with Katie about her season, what to expect, and dating in Seattle.

Tyrah Majors, KOMO News: You are the first Bachelorette to come out of our city, how does it feel? And more importantly, what was dating like for you here in Seattle and Renton?
Katie Thurston: You know, Seattle is kind of shut down, and there's the Seattle Freeze. Dating in Renton and Seattle, it's hard. So getting to go through this and have 30 guys at my dispense, couldn't ask for anything more.

Wow, Seattle Freeze being real - that's interesting! I want to talk about the season premiere. You gave your first impression rose to Greg, if you could have given a second one out - who would it have gone to?
Michael A.

Michael A.! I've heard you mention his name a couple times already, what is it about Michael A.?
I mean, he is one of the older contestants. He has a son, and as someone who is wanting to be engaged and settle down, he's already displaying the characteristics because he's gone through that before. So he is someone who stands out to me for sure.

He gets it. I feel that! So there was a lot of drama on Matt James' season between all the women, and you gained quite a fan base for standing up against it. Can we expect less drama in your season?
I can say with confidence that this is going to be a whole refreshing season for everybody. I have amazing men with great stories to share, and those start as soon as next week! So I'm just really excited to display these guys, and have America watch them be vulnerable and open.

Be honest with me, what is it really like dating multiple men at once? 30 men! At your disposal!
It's not as fun as you think! In the beginning you're like 'Yeah, all these guys' and you're making out and going on dates, but then each week you're saying goodbye to these great men and it's heartbreaking and it's sad and it's exhausting.

I'm sure it was exhausting, but having Tayshia and Kaitlyn there must have been great!
I'm so excited for Bachelor Nation to watch that, because they are involved in my journey from start to finish, they're there on the dates, they're there behind the scenes, wiping my tears, and it's just something we haven't seen before.

Since both Matt's season and your season were filmed in quarantine, you never got the change to do a real Hometown Date! So if you had the chance, what would you have done for a Hometown Date here in Seattle or the Renton area?
Well I will say I just moved to Renton a year ago, my real hometown is up in the Lynnwood/Edmonds area! I'd love to take someone down to Edmonds, have some Ono Poke, sit on the beach, watch the ferry, it's very relaxing down there! There's a dog park. A casual stroll through Edmonds.

Since the season just started, can you give us a little bit of a peek into what we can expect for the rest of the season? date-wise. What were some of your favorite dates, or favorite activities?
I mean there's one that I think has already been teased a little bit of this Notebook scene, of getting to make out with this guy in the rain and it's so romantic and I think it's every girl's dream and I actually got to live it which was really exciting.

Also something that was teased, you said you wanted to pack your bags and go home! We know your season wrapped up early, what exactly does that mean?
I mean I will say the end is very unexpected, and that moment was a very low moment for me. And so with the season wrapping up a week early like everyone is talking about, it all will kind of make sense towards the end.

Dating isn't easy, of course it comes with challenges. What advice do you have for females, and even the men here in Seattle or your hometown, Edmonds/Lynnwood area? What dating advice would you give them, especially during this weird pandemic that we're still in?
I think for the women I would say love yourself, embrace who you are, don't change yourself for anybody. And for the men I would say embrace your emotions, be vulnerable, it's ok to cry, talk about your feelings, talk about your stories, you know? Open up, especially in Seattle.