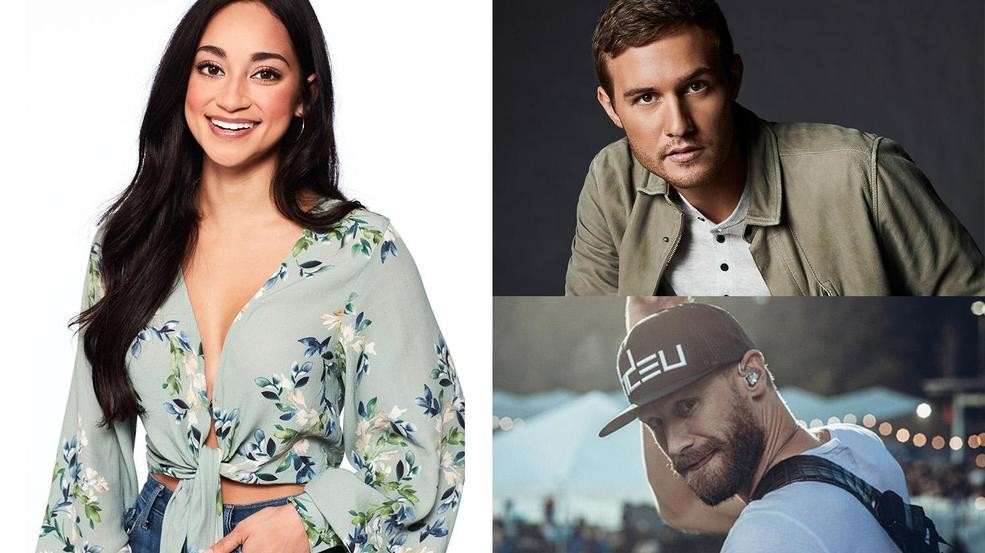 If you're watching "The Bachelor" this season, you'll have seen - at the end of last week's episode, the teaser of all teasers for the Monday, Jan. 27 show. Here's the clip, but it goes a little something like this:

Turns out, the country star and Bachelor contestant had some sort of romantic involvement before the show, and neither knew the other one was going to be there that night. It was a true "OMG" moment for them, and undoubtedly be for viewers as well.

But while those on the show are likely kind of expecting twists and turns, we were curious as to what Rice, an outsider, seemingly on the show to promote his upcoming album, thought about being confronted with an ex on national TV!?

"I was pissed. I was really pissed off to be honest," said Rice in a recent interview with local country music station Fitz in the Morning on 98.9 The Bull. "I was just going there to try and promote 'Lonely If You Are', and 'Eyes On You,' and I wanted nothing to do with. If there’s anything I’ve ever wanted, it’s to have nothing to do with the drama of that show."

Rice said he knew Victoria was going to go on the show.

But her showing up to his performance on a One-on-One date? That was a surprise.

Turns out, there is a way.

"The fact that they did that to me? It's over the top, it's unnecessary," said Rice. "I didn’t expect it, but at the end of the day it happened. I don’t know if it’s the producers, or if they just got lucky as hell. I know what I think, but I’ll let everybody figure out what they think."

We sure know what we think...

As for Rice, he is DONE with reality TV.

The country singer told 98.9 The Bull that he's single right now, and not looking for love. Cue a million hearts breaking. And there's little to no chance he'd ever be on a "Bachelor" franchise, in case you're wondering.

"The Bachelor" airs Mondays at 8 p.m. on KOMO 4. You can listen to Fitz in the Morning on 98.9 The Bull, online, via their app or Alexa device.