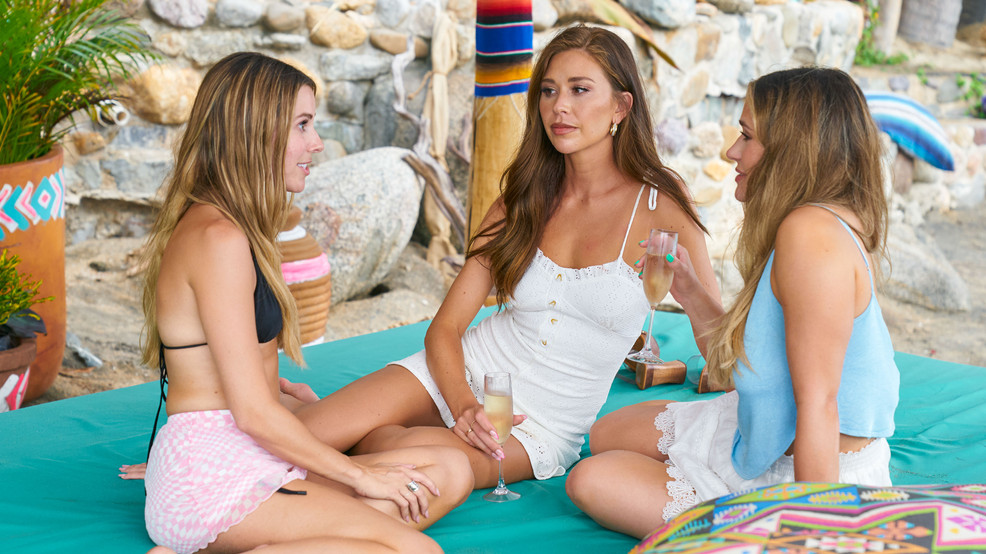 Week 8 of 'Bachelor in Paradise': High drama and low-level pain

This week of "Bachelor in Paradise" begs one question: is itching pain?

No, it's discomfort — which is exactly how I feel as we near the end of this season.

As you may remember, Eliza broke up with Rodney after choosing him over Justin to fly to Baltimore and try to get Justin back. Rodney left heartbroken, and boy, did he leave the beach in shambles. You would think he died by the amount of crying that bled over because of this departure. This man is truly beloved. I don't think we've ever seen anyone in this franchise so adored as Rodney.

And, oof, bad outcome for Eliza. Justin was shocked by her arrival. I truly do not think Justin had any idea she was going to show up or that this was going to be filmed. But, ultimately, he rejects her, and she leaves. Which I totally get! She didn't choose him when it mattered, and succumbing to peer pressure about love and potentially an engagement would not sit right with me, either. I feel for Eliza, but I also don't feel bad for her. And maybe, just maybe, this means Justin is still single, and I can slide into those DMs.

One of my favorite people on the beach and in the franchise left Paradise this week: Andrew, and I probably would have left, too, if I were him. There was drama between new arrival Ency, Andrew and Jessenia, who he was hanging out with a couple of weeks prior, at the Sadie Hawkins-style dance the contestants attended in Tuesday's episode.

The level of emotions and drama displayed by Ency was truly out of this world — especially when you have barely known the guy for a day. My lord. Andrew ended up kissing Ency at the dance. Jessenia gets upset, and she and Andrew talk. Then, Ency gets upset when Andrew wants to continue to have this conversation with Jessenia instead of hanging out with her. And when Andrew tells Ency he is leaving, she literally begs him not to, and it was beyond uncomfortable to watch.

Andrew ultimately said his heart was still with Teddi, who left about a week into Paradise, and there was nothing for him on the beach. I seriously forgot about Teddi, and this just reminded me how much has happened this season.

Former co-Bachelorettes Gabby and Rachel coming down to the beach to talk crap about Logan and leave was ridiculous. What is more ridiculous? Kate. I cannot stand her. I feel bad thinking about Logan watching this season back and seeing all the things she said about him in her interviews. That cannot feel good. She says a whole lot behind his back and says nothing to his face. I can't believe I am saying this, but Logan deserves better.

I will say I did enjoy seeing Becca and Thomas visit the beach. They are an adorable couple and a true "Bachelor in Paradise" success story. This might be the only former contestants to visit this season that actually had a purpose to come down.

And finally, our "Jersey Shore" Sammi and Ronnie of the season continue to wow us all with their toxicity — Aaron and Genevieve, who legit got in a fight over whether itching and pain are the same thing. Aaron calls itching "low-level pain." Genevieve doesn't see it that way. I'm sorry we had to see it at all. Seriously, if these two are still together, I will be shocked.

We have the reunion and one more episode to push through before this season wraps up, and there are really only two couples I see making it — Brandon and Serene and Michael and Danielle. The producers better get them vouchers for couples' massages as a reward for carrying this season on their backs.