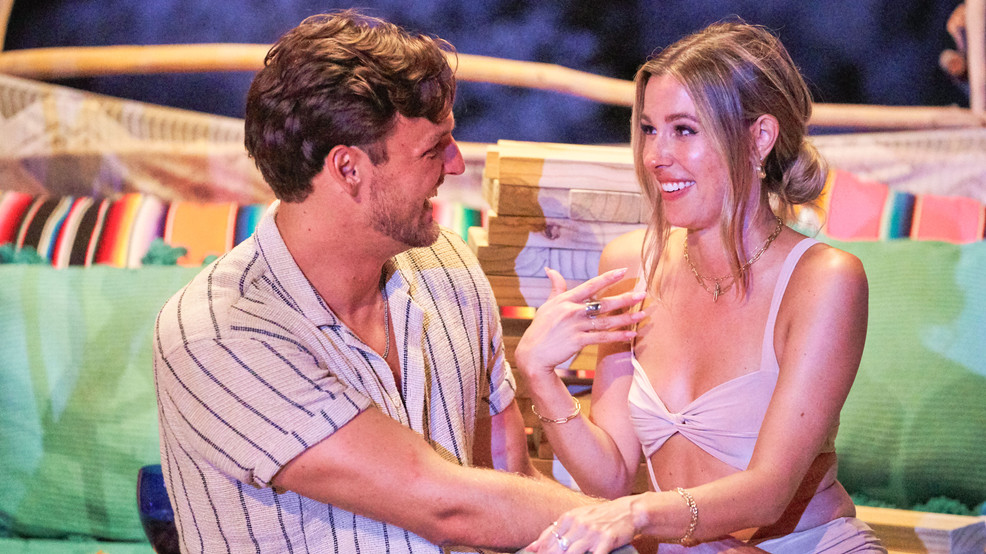 Week 6 of 'Bachelor in Paradise': The one where they test each other

"Bachelor in Paradise" or "Jersey Shore" — wait, what show are we watching again?

Week six of BIP started with a cocktail party and rose ceremony. The focus was on Victoria and whether she would choose Alex or Johnny. To my shock, she chose Johnny. But Alex did end up getting a last-minute rose friendship save from Florence, so I doubt the drama between these three ends here.

The next day, Victoria gets a date card and asks Johnny to go. I have to say, my feelings about Johnny turned after this. I really like both of them as individuals, and I also really like them as a couple. But as Tyler said back on the beach, "[Victoria] is bringing out the best version of Johnny we've ever seen," and I definitely feel that.

As we know, I am a long-time Justin fan, so seeing him come back to the beach was amazing for me — but not so much for Rodney. Justin came back to the beach after being eliminated a few weeks back for Eliza specifically, who is currently coupled up with Rodney. Justin asked her on the date, and she said yes. It was quite odd to see her talk to Rodney about it after she accepted because she seemed to totally switch up and act like she didn't want to go on the date but was only going because Rodney said she would go if she wanted to go. Girl, we saw you talking to Justin — there was little to no hesitation there. Come on.

Not saying I don't get her saying yes...I would absolutely have done the same thing. It's Justin. Let's be real here.

While Eliza and Justin are on their date, Rodney is understandably sulking on the beach. Like I have said in essentially every one of my recaps this season, Brandon is my favorite person on this beach.

"If I were a woman, I'd be in your arms," he said to Rodney, trying to cheer him up. What a freakin' gem.

Back on their date, things go well for Eliza and Justin, and the episode ends with them kissing under a sky full of fireworks in typical Bachelor Franchise fashion.

We head into Tuesday's episode with Hayden from Gabby and Rachel's season of "The Bachelorette" coming down to the beach. You may remember this man as the one who couldn't stop talking about his dog and told Gabby she was "rough around the edges." Well, nothing has changed. He told every woman about his dog as his first talking point. Eventually, he asked Kate on the date. She said yes, even though she is coupled up with Logan. They talk, and he tells her she should go to get the full BIP experience. She doesn't like that.

I am over these women saying yes to dates as a test to their current man, and then when these men say to go on the date, they get upset. Both Eliza and Kate did that this week. If you don't want to be upset, how about you articulate your feelings and not test your partner? Just a thought?

Spoiler: Kate and Hayden's date goes poorly because he is the worst, still. Nothing has changed since last season!

It's time to get into the Genevive and Aaron of it all. You can't tell me you weren't getting Ronnie and Sammi of "Jersey Shore" vibes from these two this week, right? Or was it just me? These two have some of the worst communication skills with each other I have seen on this show. And the things they get upset about are just so small. And when they started arguing on the beach bed with every single person on the beach right there, oof. Watching everyone get up and leave one by one as their argument escalated was excruciatingly painful.

Things got so bad with them that Genevive packed up her stuff and tries to leave. Aaron stops her, they fight and it ends with them both saying they are falling in love with each other and ending the episode happy and gushy.

Everyone on the beach was like "they are so good together" — excuse me, where? That was toxic AF. I see that going absolutely nowhere but downhill.

And from what we saw in the preview, it seems the drama on the beach is just getting started.