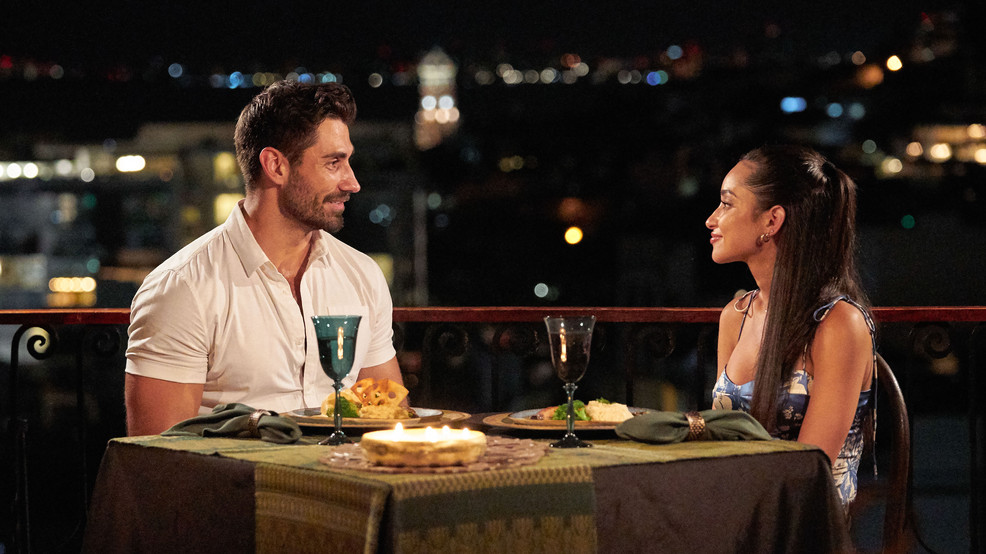 Week 5 of 'Bachelor in Paradise': Split week brings a storm to the beach

Several storms hit Paradise this week. Let's get into it.

Monday's episode began where last week left off: Lace going back to the beach early to see Rodney. We all knew where this was headed, but boy, was it sad to watch. Lace just really wants love, and seeing her so upset (and Rodney upset for hurting her) struck me — especially when all the rest of the men on the beach went over to comfort her. Michael initiated this, and you can tell just by the way they were talking about Lace that the people on the beach have a lot of love for her. She ends up leaving, and Rodney stays to continue pursuing Eliza.

Lace's arrival to the beach also means the men finding out additional men were brought into the villa for the women, and Brandon absolutely loses his mind. He was so frazzled to the point of saying he wanted to leave Paradise for good, and I get it. I would also probably feel this way. It was a little shocking coming from Brandon, though, who hands down has the most solid relationship with Serene on the beach right now.

The most bamboozling part of this season is the women's infatuation with Logan. Michael even said at one point, "Logan is the popular guy on the beach right now." Not to be a hater...but how? The only explanation: this guy is 6' 4". It's the only reason I can think of as to why this is.

So, we go back to the villa with the ladies, and Jesse arrives. How hilarious is it how over it the women seem every time they see Jesse appear? He tells them Lace has left the beach after finding out Rodney has a stronger connection with one of the new women, and shocker, these women break down. Fair enough.

During this scene, I gotta say the editing of "Bachelor in Paradise" is top-tier. As Shanae is talking about not being able to see Logan pursuing another woman, we see Logan, indeed, pursuing other women. Logan was initially into Sarah but ends up going for Kate. This felt out of the blue, but I just assume there was something behind the scenes we didn't see. They go on a date, Sarah is upset, and now Logan is all-in with Kate.

Johnny might have said my favorite quote of the season so far: "This is geometry beach taught by Logan."

For the rest of the episode we see a drunk interview from Genevive and Shanae, which I did enjoy. It was the comedic relief we needed. We see Jacob meditating, Jill with her crystals. And then we get to Alex and Victoria, a couple I am absolutely here for — the head-scratching? I would pick this man, too. Their date felt more real than most we see in this franchise, and I think I can see this couple lasting in the real world. I am here for this Victoria redemption arc.

Monday's episode ended with Shanae finding out Bri and Tyler were making out by the pool. Shanae had previously been interested in Tyler, so she goes ballistic with Genvive attempting to calm her down. But I feel Storm Shanae is on the horizon.

Spoiler alert: It was! Tuesday's episode brought several storms to Paradise as the original women make their way back to the beach to see if their man stayed true to them or found someone else to pursue.

We have some happy couples: Genevive and Aaron and Serene and Brandon. We'll see if it lasts.

Shanae and Kate get into it when Shanae comes back and finds out that Logan is pursuing her. They were on Clayton Echard's season together, so this feels way deeper than just a fight over a man they have barely known for two weeks. They bring up their season; the Women Tell All and everything. It was just uncomfy. Also, was Shanae not just making out with Tyler all week? Why are we so upset? You didn't even really want Logan? I don't get it.

Jacob telling Jill that he did find a new connection, it didn't work out, but it did make him realize she is not his person was brutal, but hey, kudos for honesty on Jacob's part. I think what is bothering me this season is why every time one of the men decides to end it with a woman, why does she immediately leave? You bet your booty I would stay on that beach! Even if I knew I was going home, let me sip my marg in peace and get a tan before I make my way back to the states. Couldn't be me!

Victoria and Johnny's conversation was again one of the more real conversations of this franchise. Victoria asks if he is ready for kids, what his passions are, what he wants in life — we rarely hear these in this franchise (at least on screen). It was refreshing. Victoria is easily my favorite woman on the beach this season. I really did not see that coming.

The big mystery of this week? What the hell happened with Olu? Not one person commented on his anticlimatic departure. And then, in real time this week, Brandon posted and quickly deleted (but not quickly enough to beat the fans and the screenshots) an Instagram story about some bad behavior on Olu's part. This leads me to believe something happened involving Serene if Brandon was so upset about it, but they were also on Michelle Young's season together, so maybe there is bad blood there aside from Serene we don't know about.

And you KNOW I was excited to see in the preview for week five that my boy Justin is back on the beach! We love second chances in this house, and I love seeing that sexy man on my screen — a real win-win if you ask me.