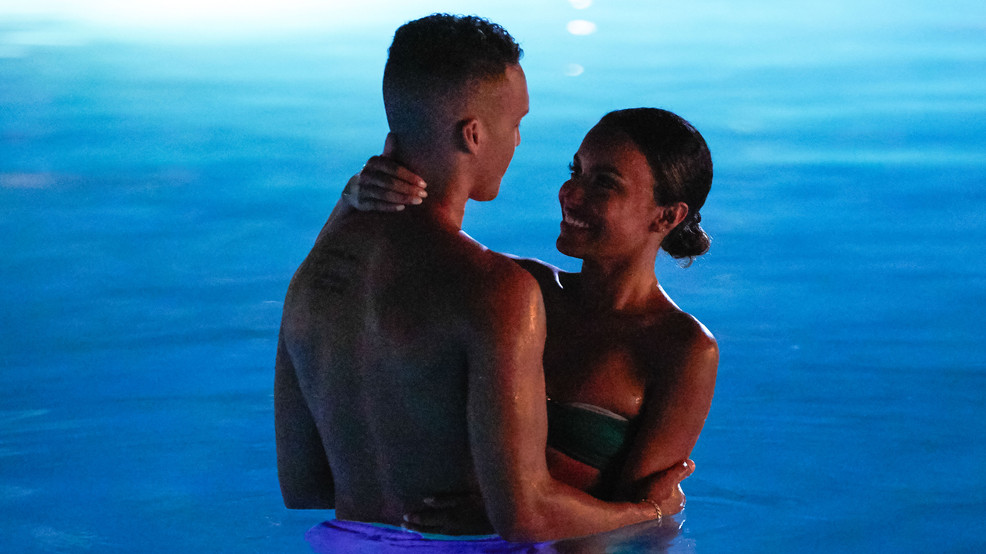 Week 3 of 'Bachelor in Paradise': Brandon and Serene redeem the beach

Shocking to no viewer — I've got yet another bone to pick with the "Bachelor" producers...but we will get into that at the end of this recap.

Monday's episode started with Rodney finding out that Teddi had left the beach. He decided not to make anyone feel like a second choice and not go on a date, which I respected. My winner this week, Brandon, was hyping Rodney up though, who was clearly bummed by the whole situation.

"You are the hottest commodity to come on this beach," Brandon told Rodney. We all need a Brandon in our lives.

This whole Jared and Ashley coming to Paradise to "experience it as a couple" storyline is just so bad. I did not sign up to watch this married couple come down to the beach, fart a bunch in the boom boom room and then talk about how the entire purpose of them being there is to get some alone time from their child? I just...no. They also ended up getting a one-on-one date. They're married! They don't need that (and the other contestants, oh boy, they sure do). However, I did think their conversation on their date was very, very sweet. It is really lovely to see two people so in love and express themselves and their emotions so freely.

Then we get into the double date with Genevieve, Aaron, Shanae and James. Justin, who is kind of in a couple with Genevive, is stressin' tough at the beach — ON HIS BIRTHDAY. Poor guy. Things do not go well when the foursome gets back to the beach, and Genevieve tells Justin that she and Aaron hit it off and she wants to be open to them both. He ends up asking for a birthday kiss (which was kinda coercive, my guy), and she obliges. Aaron sees and is upset, especially because he had a similar situation go down last season of Paradise. Genevieve is upset that she hurt Aaron, goes to find him, they talk and establish that they want to pursue each other only. But the following day, she doesn't immediately tell Justin this and is all over Aaron at breakfast. I totally understand why Justin would be upset at this, but it is Paradise, and Genevieve has every right to pursue who she wants. So, it seems this is the end of Genevieve and Justin. Happy birthday, I guess?

Also, how hilarious was it to see Genevieve and Shanae venting to each other during this whole situation? They HATED each other during Clayton Echard's season. Like, it was one of the main storylines! But, they do end up ganging up on a certain newcomer on Tuesday's episode. So maybe they're not so different after all and like calls to like, here?

Michael and Sierra were coupled up the past week, and they had a cute little beach date looking at the stars. Michael tells her he can't move forward because he doesn't want to use anyone he cares about to move on from the loss of his wife, and they should just be friends. Sierra ends up leaving the beach. But what confused me was why Michael stayed if that is how he felt? That baffled me a bit.

We end this episode with a one-on-one date with Brandon and Serene, the #1 most secure and steady relationship on the beach so far this season. They are just smitten and really do seem like a match made in Paradise. Brandon was 100% written by a woman. He is so in tune with his emotions, is so open with them — the definition of wearing your heart on your sleeve — and I mean, who doesn't want to feel wanted like that? We love this for our girl Serene because she is also just a little sweetie. I am rooting hard for these two.

Tuesday's episode starts with the arrival of Salley, finally. You may remember the suitcase debacle last week. Salley is the contestant who left before the first night of Echard's season even started for her ex. And apparently, from what we know from Wells, that same ex is the reason her Paradise arrival was so delayed.

Within the first half hour this girl is there, Genevieve and Shanae (and James) go full mean girls. They confront her that she is lying about being delayed by work and ask about her ex, which sends Salley into a full spiral. Justin, who she has history with from Stagecoach Festival, goes to comfort her. Genevieve says he is just playing her for a rose since he doesn't have one lined up this week. It was just hard to watch. Salley ends up leaving the beach an hour after arriving. Can she win the award for the least screen time on the Bachelor Franchise ever?

Then Peter shows up — I have never seen this man in my life, but from what I gathered this episode, he is my dating nightmare. And that turns out to be 100% accurate based on his date with Brittany. She is just not feeling him at all, and like a lot of men, he just cannot read the room. She denies a kiss, things get weird. But when they get back to the beach, Andrew pulls her aside to comfort her from her horrible date, and they end up sharing their interest of one another, kissing and I am all for it. Well, Peter reacts exactly like you would expect someone who cannot hold a conversation without bringing up his pizza business in the first five seconds would — she has to only be here for clout and fame. My guy, she just did not like you. Take the L and move on.

Spoiler, based on the preview for next week, he will not move on.

My guy Brandon yet again becoming my favorite man on the beach. He plans the sweetest birthday surprise for Serene, where everyone comes over and sings to her and gives her a cake. He essentially professes his love to her in front of everyone. Where do I get a Brandon? Can I get that on Amazon? Help?

Then we get a date with Jill and Jacob, who are surprisingly a good match. But when they arrive back, Kira, who was sent home last week, comes back and expresses her feelings for Jacob. He turns her down, finds Jill and they continue their connection. But this was the twist I did not expect: Romeo, who did not give Kira his rose last week, finds her on the beach when she was leaving to ask if she was alright. They have a heart to heart, kiss and she asks him to leave Paradise with her — and he does! I was truly jaw on the floor, shocked by this development. But hey! Cheers to them.

So...here is my bone to pick with the producers. In the preview for next week, we see them send the women on the beach currently to a hotel while they bring in a bunch of new women to essentially test the men, their connections and their faithfulness. What the hell is this? Why does this franchise constantly do this stuff to women? I am so over the use of female pain for drama on reality TV. I honestly don't know how I am even going to watch next week.