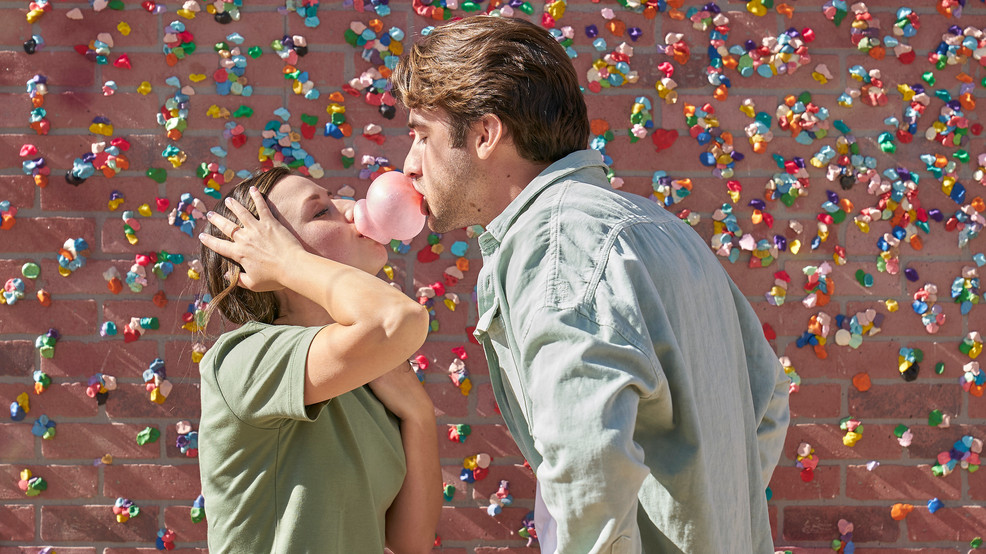 It’s week 7 of watching our lovely local Bachelorette look for love, but it is my first week writing for Seattle Refined! Hi, y’all, my name is Duffy, and I am a 30-something Seattle transfer that has been a member of Bachelor Nation about as long as I’ve lived in the Emerald City. My first season of "The Bachelor" was during my first Snowmaggedon in Seattle when the internet went out, and all I had was an antenna and the end of Colton’s season. He had me at that gate jump, and I’ve been a fan of the franchise ever since.

That said, I agree with the rest of the Collective that, as a fan, showing up and following each week for “the right reasons” does mean holding this guilty pleasure program accountable for its problematic past. I think the reason I was so late to the game was that I wasn’t the original target audience. A reckoning has come for the Bachelor franchise, and I am here for it.

For many reasons, Katie’s season feels different. It is truly refreshing. One of the things I find most refreshing about Chris Harrison’s disgraceful fall from the franchise is Tayshia Adams and Kaitlyn Bristowe stepping in as hosts. They may not be a constant presence, but they are a stable presence for Katie. Sure Harrison could feign empathy, but these women have been exactly where Katie is and can be there for her with wisdom found only through experience.

On that note, let’s get to episode 7 with our final 7.

We enter with the men waiting for the date card. Brendan and his poof have been waiting for this moment for what feels like an eternity. I’d like to think his poof is full of secrets, but his continued presence is a mystery to me. Up until this point, I had kinda forgotten his name; I had kinda just kept calling him “the Poof.” Mike P. and Brendan are the only ones that haven’t gotten a 1:1 yet, and the pressure is ON. The date card comes in, and it goes to... GREG! Oh, the tension in the room is thick, but it seems to affect Blake the most.

The date begins with Katie looking cute and casual in a jeans-tee-sneakers combo. Casual cool, and I love seeing our Bachelorette out of full glam and comfy. Holy crap, they dressed to match. I mean, I’m 99% sure that it was a coincidence, but I’m also 100% sure that members of Bachelor Nation are going to see this as an Easter egg that means she ends up with Greg like that time everyone thought she was wearing Greg’s bracelet (which turned out to be Hunter’s). I digress — I love this date for them. It’s obvious she likes him. Both of their 1:1 dates have been pieces of her. No over-the-top pretend weddings but fishing/camping and “visiting Seattle.” That said, Katie’s Place Market is super cute.

Now, I’m relatively new to Seattle but Greg attempting to catch that fish looks like a midwestern dad showing off on any given Saturday at Pike Place. It was his return that got me. That is absolutely something I would do. I thrive in my awkwardness. He says they’re like “two kids in love,” and that’s exactly what they look like. It looks real and natural and easy — as it should. They admit their feels for each other with puppy dog eyes, and she makes it rain. Like, for real, because we all needed this "The Notebook" moment. Honestly, I was fully prepared for them to pull a Clare and Dale here.

They didn’t, however, so we’re back in the “house” where the remaining men anxiously wait to find out who gets the second 1:1. Right before the card comes in, Mike P. and Brendan confirm they wouldn’t want to go into hometowns without a 1:1, and it goes to Mike P.

While he gushes and prepares, Brendan makes his way to Katie for a WTF moment, or “closure.” She admits to him that he’s just not as far along (duh) and it wouldn’t be fair for him to stay. That said, apparently, Blake and Brendan know each other from home and played hockey together? Why was that not more of a storyline? Was Brendan so boring that they couldn’t even bring in dirt to spice him up? I don’t know, but Brendan was gone before I could forget his name again. One last thought on this — why is it that, whenever we run into Blake in his room, he always looks like he was woken up with a foghorn? He tumbled out topless, and I half expected him to pop out an Invisalign to say goodbye to Brendan.

The group date has them walking into a personal art show, and I’ve never seen a group of men more awkward and confused surrounded by flowers painted like vaginas. I don’t know about you, but I prefer a man that’s a little more comfortable with... flowers. Anyways, their task is to create art for Katie, and I truly think Blake wins for creativity, and I hope you can read my sarcasm. Andrew’s canvas might haunt my dreams and Justin, the artist, my mom has a canvas I painted in 3rd grade that looks JUST like it. Unimpressed, at best.

Pressure is on during the after-party. Everyone has questions and needs confirmation. Blake admits he’s not in love with her (yet), Michael A. is relieved to find out that Katie has pictured a future with his son, Andrew recreates their 1:1 and Justin attempts to redeem himself with another painting. I’d make fun of his art but, let’s be honest. I could never. I did love seeing Michael A’s relief when Katie tells him she sees herself getting James juice boxes.

Honestly, this one was a toss-up for me. I had no idea who the group date rose would go to, but it went to Michael A. I just love that an adorable single dad has made it to hometowns. I don’t want to step on toes here, but I feel like Katie is one of the most mature Bachelorettes. She thinks outside of the season and the feelings of everyone involved, including families.

Speaking of families, we really got to understand the family dynamics at Mike P’s during their 1:1 date. Not sure about you, but being compared to someone’s mother (multiple times) isn’t really the way to my heart. I agree with the Cuddle Queen, except the laughter wasn’t the only thing that was awkward. Honestly, he talks about his mom more than Katie on this date, which made me uncomfortable. Apparently, Katie felt the same way and sent him walking away in all white, looking like the leader of the next cult du jour.

Enter the rose ceremony. We’re down to 5; Greg and Michael are the only ones able to breathe. First rose goes to Blake, meh, no shock or excitement. It comes down to Justin v. Andrew. Brows v. the Baller...the rose goes to...JUSTIN. This actually surprised me. Apparently, they have this super deep connection, but I just haven’t really seen or felt it. Excited to see his hometowns and if his perfect facial expressions are as hereditary as those eyebrows.

She may not have given him the rose, but that was not the last we’ve seen of Andrew. Normally these returns kind of annoy me like some last-ditch effort to stay on the show. I was also kind of annoyed not just for the stunt he pulled but the letter he left after only a few weeks ago being the guy telling others they needed to respect Katie’s choices and opinions, but I stand corrected. These two really had a connection, and this seemed to be the closure they both needed. I admit I was wrong. There, I said it. The dramatic run and hug that they kept teasing where she yelled his name was all for an actual hug. Somewhat anticlimactic, but that’s on par with just about every other “most dramatic season ever.”

Going into hometowns, we have Greg, Michael A, Justin and Blake. Honestly, I’m mainly excited to finally meet James. Let’s be honest, we’ve spent a season with Michael A. You know this kid has to be absolutely adorable. I wonder if Blake will be in love by then, stranger things have happened. Do you think Justin’s family has his art hanging on the wall? Will Greg’s mom make cookies? I don’t know. Something about Greg makes me think his mom would make cookies and be super sweet.

The real winner of this episode has to be Katie’s setting spray and dry shampoo. Girl was riding that dirty pony during the after-party looking fabulous, and then there were tears but NO MASCARA running down her face. Girl. I’d ask her to drop the routine, but it looks like she posted her everyday look to Instagram before the episode started. Excuse me while I update my Sephora cart...

Thank you again to Seattle Refined for giving me the opportunity to be a member of this Bachelor Collective. It’s been a lot of fun, and I’m grateful to be included in such a great group! Looking forward to finishing this season out strong and finding out who wins Katie’s heart. My money is still on Greg. Sorry Michael A.