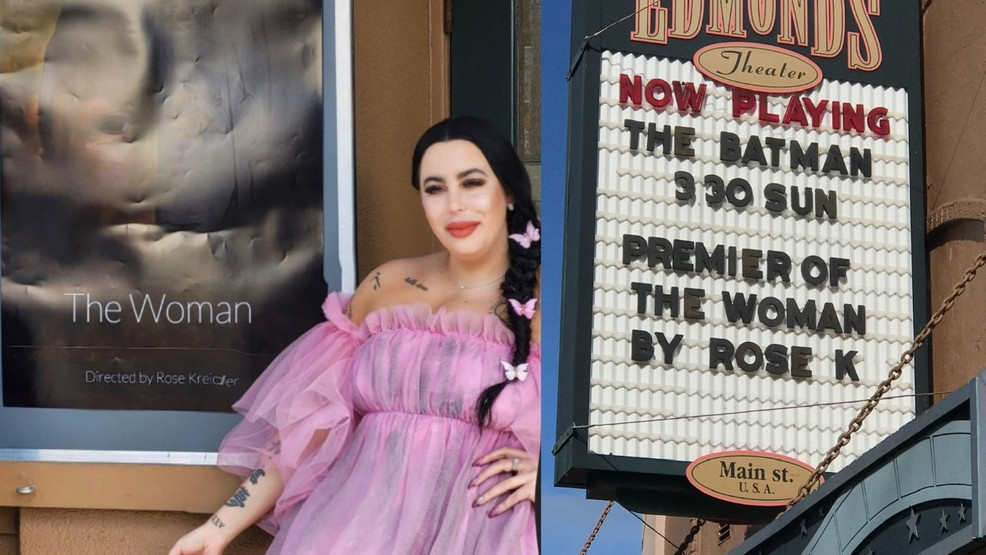 Artist of the Week: Rose Kreider

Rose Kreider is an indie filmmaker in the Seattle area.

Seattle Refined: How long have you been making films?
Rose Kreider: I have been making films for a year and a month so far! I started out modeling and acting when COVID started in 2020. From modeling and doing runway for New York Fashion Week in 2020 and 2021, I met some incredible creatives in the Pacific Northwest. I began acting for the last two years in small roles on Netflix, and a handful of background roles, including on the hit movie on HBO Max called "KIMI." Through modeling and acting, I realized I wanted something more from the industry and had hopes to develop my creative nature in a different perspective. From being on set last summer in a short that I played a main character in, I realized I enjoyed watching what the director did, how the writer wrote the screenplay and watching it move from the organic idea to fruition and finally on screen in front of an audience. To my dismay, I did not like how the movie turned out in general, and throughout the premiere, I was critiquing not only my performance but how the movie ended up evolving. I felt like the film could have been something more inspirational and motivating.

My significant other suggested for me to create my own film from my own ideas and write it by hand and see where that goes. One month later, I had a screenplay executed, a full cast and crew and we began filming in January 2022. We filmed all of January and February, and on March 13, 2022, we had a premiere at the Edmonds Community Theater. Fast forward eight months, and now it is streaming on many platforms such as Tubi TV and Plex TV. Since beginning my filmmaking journey, I have created two movies and worked with some extremely talented individuals from Seattle.

Tell us about your process and the different stages that work into it.
My process has varied between my two films. My first film, "The Woman," was that I had a dream the night of my movie premiere that I was the main character on Oct. 24, 2021, and I woke up in the middle of the night and wrote it out in my journal. For a week I pondered on the idea, and then finally started talking with people I trust and ran the idea by them. Everyone seemed extremely ecstatic over the storyline which brought me more excitement. From the idea in my journal to film set in January two short months later, I wrote the screenplay with my friend Steve Whilhem and then finalized it a handful of times before circling out the screenplay to the cast and crew to study with one another to gain the chemistry between characters before arriving on set with a script memorized.

The other aspects that come with filmmaking, especially as a director, and choosing to do all of the legwork without hiring a production assistant, I had to be the location scout, the costume designer, the set designer, the production assistant, and everything that comes with that role which includes writing the call sheets and working out the meetings between the cast and crew and the director. I also had to work out a budget, and in this case, for my first film, it came out of pocket, which was only $1,000. For my second film, I had a budget of only $150, so I produced both my first film and my second film. The most important aspect to filmmaking, aside from a great screenplay, would be working with a location scout or being the location scout on your own. Locations matter!

Where does your inspiration come from?
My inspiration comes organically, I would say. My first film, "The Woman," was from one of my dreams, and a weird dream at that. But in my second film, "A Room by the Road," a screenplay writer from Seattle approached me with his movie idea. It was fun for me because I had the ability to add my own flair to the script and make it true to a Rose Kreider Production. If something inspires me like my third film that is in preproduction, which is a documentary, it typically arises from current life situations or the current America.

What genre do your films fall into?
I am trying to be flexible in the films I choose to write or work with other screenplay writers on. For example, my first film was a drama and my second film was a suspense/thriller. My documentary that is coming out summer of 2023 will be nonfiction. I don't want to ever be boxed into one genre. I would love to be considered as a filmmaker who wears all different types of hats.

Do you have one message/topic that is extremely special to you?
One message or topic that is extremely special to me is my documentary which is nonfiction. I am excited to be featuring our silent heroes that are among us in America. If this sounds interesting to you as a reader, feel free to check me out on my Facebook or Instagram page to get more information and listen to podcasts that I have recently interviewed on where I discuss my documentary and what's to come!

What experiences in your life have shaped your filmmaking?
I am such a driven and motivated individual that once I got a feel for the industry and a small taste of what it could be like, there are no limitations for me and what I feel like I can accomplish. Modeling and acting are something I still participate in, but being a creative-minded person in the film industry, especially in the Pacific Northwest and in the independent world, it's such a thrilling experience that I feel I am just now tapping into.

If we want to see more of your work, where should we go to find it?
Please follow me on Instagram @rosekreider, add me on Facebook, Rose Kreider, or download the free apps Tubi TV to stream "The Woman" and "A Room by the Road" on Reveel. Also, make sure to check out my social media pages to see upcoming releases and more information on imdb.com if you wanted to search either of my two films that are currently out to learn more about each of them.

What is next for you? Anything you're working on right now that you're really excited about?
I am currently in preproduction for my first documentary called "Silent Citizen Heroes." I was also recently approached by a local screenplay writer for their short. I am headed into preproduction for another short film, geared to be out in spring 2023, so stay tuned!

Lastly, how do you take your coffee? We ask everyone!
I am such a lover of fall because of all the spices and yummy syrup flavors. My go-to is an iced shaken espresso with a handful of pumpkin spice syrup. The more blonde coffee with flavor mixed in, the better!

About 'Artist of the Week': This city is packed with artists we love to feature weekly on Seattle Refined! If you have a local artist in mind that you would like to see featured, let us know at hello@seattlerefined.com. And if you're wondering just what constitutes art, that's the beauty of it; it's up to you! See all of our past Artists of the Week in our dedicated section.