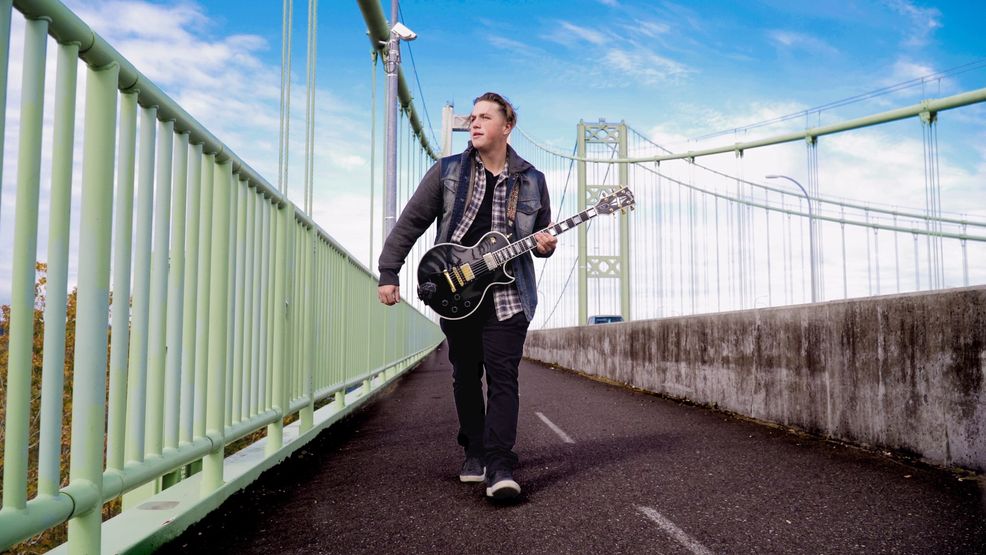 Artist of the Week: Jordan Neal

Seattle Refined: How long have you been writing and performing?
Jordan Neal: 10 years. I played my first show when I was 16.

Tell us about the artistic process and the different stages that work into it.
It usually starts with an idea generated from something I hear in my head, noodling around on the guitar, and getting inspired by a certain sound or song. I'll start jamming an idea until I get a good feel or vibe with whatever I'm playing. I feel that allows what's happening to form naturally and take direction. I'll also use my experiences from making music, along with what knowledge of music theory I have as tools to help finish my ideas into songs.

Where does your inspiration come from? What other musical artists do you take inspo from?
Listening to music and other musicians or guitar players. My family and friends are who inspire me the most. I was really influenced by them when I was a kid. My uncle played guitar at our family gatherings, and my whole family really enjoyed music all around. When I was 12, my friend was showing me how to play guitar at his birthday party. Christmas was a month later - asked for a guitar, and got one. To name a few artists who inspire me: B.B. King, Red Hot Chili Peppers, John Frusciante, Jeff Buckley, John Mayer, Jimi Hendrix, SRV, After Funk, Cory Wong, Frank Ocean.

What kind of genre is your music? What kinds of things do you write about?
I'd say a fusion of funk, blues, R&B, sprinkled with some rock guitar here and there. My music is instrumental, but each song has its own story to tell so to say, which I leave up to the listener to decide. One song in particular "In the City" on my upcoming EP is my representation of a city vibe, which was inspired by me moving to Tacoma last year.

Do you have one song that means more to you, or is extremely special to you?
There are a few that come to mind. "Wind Cries Mary" by Jimi Hendrix is a solid choice. His guitar playing and music really shaped how I wanted to be as a guitarist when I was young and even to this day.

What experiences in your life have shaped your music?
Friends and family, playing in bands since I was in high school, and my guitar teacher Tim Bertsch from my home town in Port Orchard.

If we want to see more of your work, where should we go to find it? What about upcoming shows?
Any music streaming platform! [I have a] music video and single "In the City" [releasing May 1]. The music video will be on Youtube and Vimeo. The video was directed by Joe Abarca of Brian Made Digital and was filmed in Tacoma!

What is next for you? Anything you're working on right now that you're really excited about?
To follow up the release of the single, I'll be releasing a four-song EP on May 6! Right now, I'm working on a single, which is going to feature some close friends of mine. My goal is to continuously release singles throughout the year and even play a few shows in between.

Lastly, how do you take your coffee? We ask everyone!
Depends on the day. Usually, a little extra creamer, but sometimes a normal cup hits the spot.