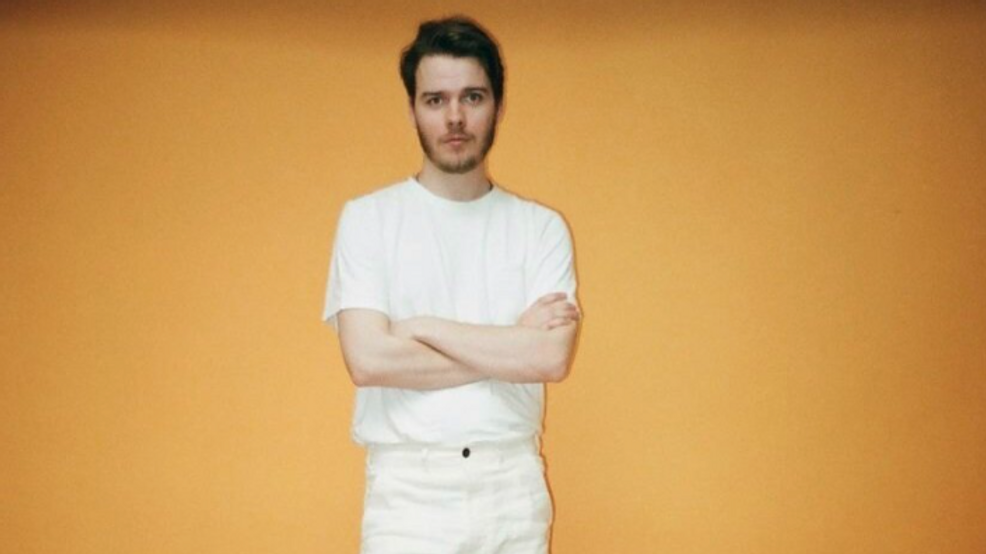 Artist of the Week: Jeremiah Moon

Jeremiah Moon is a Seattle-based singer, songwriter and classically-trained cellist.

Seattle Refined: How long have you been writing/performing?

Jeremiah Moon: I've been writing casually for about 15 years, and more intentionally for the last 5. As for performing, I've been playing cello since I was 7 and performing my own songs since 2019.

Tell us about the artistic process and the different stages that work into it.

Such a good question! It's so helpful to take a step back and look at how an idea moves from conception to "birth," because it's super easy to get derailed when the work stops being fun. I will say that some ideas (and they're usually good ones) arrive fully-formed, or close to it, but most of them take a lot of grinding and chiseling to become presentable. Or maybe it's more accurate to say that the true idea is always there but it can take a lot of work to find it. You have to start with the initial inspiration and follow the thread as far as you can; ride that initial burst of magic as far as you can! And then when you start to get stuck, or it starts to feel hokey, ask as many questions as you can think of, rearrange parts, try it slower, try it faster, flip it backwards, etc., until something breaks loose and you find the current again. I often like to take occasions to regroup and reassess too -- if the answer isn't clear at night, sometimes it is in the daylight. Driving is a great way to get unstuck, too. It can be tough to know when you're finished, but I try not to overwork things if I can help it.

Where does your inspiration come from? What artists have influenced you?

All over the place! I've been listening to Leonard Bernstein recently, Harold Budd, Son Lux, and Dijon. Sometimes I'll hear a bad song and try to write a better one, or sometimes I'll take apart a good song to try and see how it works, distill the formula and make something new with it. I like going back to the first musicians who ever really moved me, too, back in high school: The National, Grizzly Bear, Radiohead, and try to find that space that I loved so much. That's one of the things I most want to do with my music, create songs that you can step inside.

What kind of genre is your music? What kinds of things do you write about?

This is always a tough one! Indie pop, maybe, or alternative, although that's a pretty ambiguous term - I'd call it art pop if that didn't sound so pretentious! I like to write about things that don't have names, feelings that exist in grey areas, liminal spaces. I like to anchor memories that often slip away too easily. And I like to imply things rather than state them outright when I can - try to help listeners triangulate meanings rather than give away easy answers.

Do you have one song that means more to you or is extremely special to you?

They're all special in their own way - all my little children! You know, it depends on the day but I'm really proud of Coda. It came pretty easy, comparatively, but I still feel like there's a deep stillness to that song that I haven't found in any of my others. It prods at some questions that I find deeply moving, or sometimes deeply troubling.

What experiences in your life have shaped your music?

You know, I kept to myself a lot as a kid. I didn't always love it, but I'm really grateful for the way I was able to find my own interior spaces and allow myself to daydream. I was often pretty bored, and often lonely, but I think that helped force my imagination to grow in different ways. I became very attached to the music I liked, too.

If we want to hear more of your work, where should we go to find it? What about upcoming shows (virtual or in-person)?

My new EP is up on all the major streaming services or available for sale on Apple Music, Amazon, etc!

What is next for you? Anything you're working on right now that you're really excited about?

I'm trying to have an LP's worth of songs ready to record by the end of the year. I have tons of half-finished ideas that I'm very excited about, now the main task is organizing them and deciding which go best together / which songs are strongest. Writing is the biggest focus for the moment, but I'm also evolving my live presence -- involving some new sounds and arrangements, testing out different songs, trying to feel out what people respond to! Outside music, I have a couple branding projects I've been working on that I'm excited to finish and share. Visual art is a different creative muscle but it absolutely informs my musical ideas and vice versa.

Lastly, how do you take your coffee? We ask everyone!

I'll take it any way I can get it, but more often than not, I drink black drip coffee. Most days start with a pourover. I usually grab whatever beans the folks at Root (in Ballard) recommend - the last bag I bought was from a roaster named La Cabra. Super tasty!

About 'Artist of the Week': Seattle might be notorious for niche coffee shops and scenic waterways, but locals know it's also home to an array of people who love to create. This city is chock-full of artists who we love to feature weekly on Seattle Refined! If you have a local artist in mind that you would like to see featured, let us know at hello@seattlerefined.com. And if you're wondering just what constitutes art, that's the beauty of it; it's up to you! See all of our past Artists of the Week in our dedicated section.