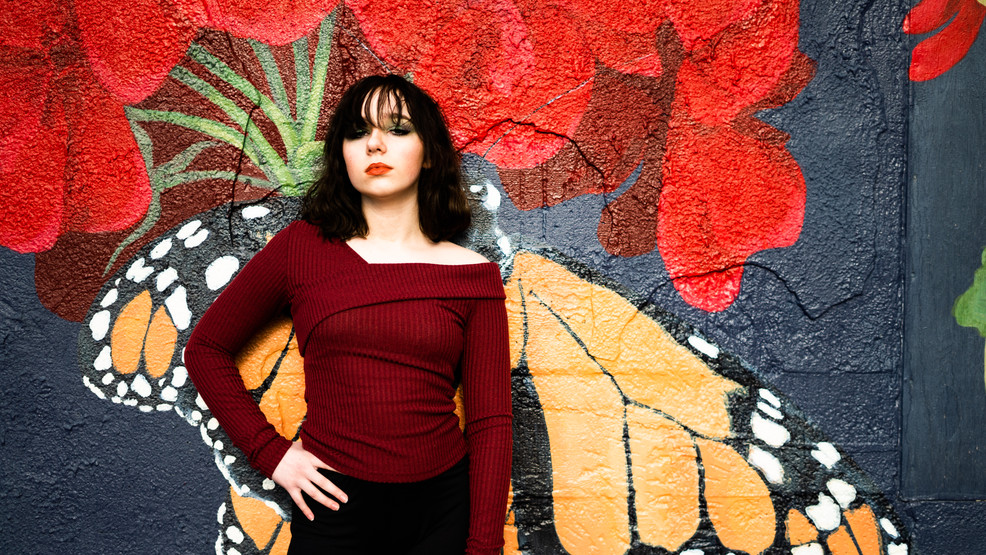 Artist of the Week: Autumn Helene

Seattle might be notorious for niche coffee shops and scenic waterways, but locals know it's also home to an array of people who love to create. This city is chock-full of artists who we love to feature weekly on Seattle Refined! If you have a local artist in mind that you would like to see featured, let us know at hello@seattlerefined.com. And if you're wondering just what constitutes art, that's the beauty of it; it's up to you! See all of our past Artists of the Week in our dedicated section.

Seattle Refined: How long have you been writing/performing?
Autumn Helene: I've been singing since the second grade in Rainier Youth Choir, musical theatre since the age of nine, and have been writing songs since the age of nine. I released my first song when I was 12 in response to being bullied. I was in my first rock band when I was 12 through the Live It Out Loud Music Outreach Program, and I started performing solo after that first experience. The experience with Live It Out Loud was incredible. We had seasoned musicians as mentors for each band, they booked us at various music venues to perform covers and original songs, and we got to record an original song at London Bridge Studio. And then, throughout the pandemic, I've been realizing I'm more fulfilled as a recording artist and music producer than I have been as a live performer, and it's something I can continue to do, whether we are in a pandemic or post-pandemic world. I think we've all had to learn to be flexible and adapt to new ways of coping and channeling our creativity.

Tell us about the artistic process and the different stages that work into it.
I work in my songwriting journal every day. About 1% of what I write, I actually develop into a song. After I write the lyrics, I start to play around with chords and melody, using a keyboard. The first songs I released were mostly performed on piano or acoustic guitar. I'm learning how to produce my own songs now on Studio One and have been performing on bass guitar lately. Bass is a lot of fun to play, and I'm experimenting on how to create bass lines in my songs.

Where does your inspiration come from? What artists have influenced you?
I write about my own experiences and about what is going on in the world. The first songs I released when I was in middle school so they were pretty emotional and dramatic (lol). Bea Miller (performing), Faouzia (vocals), Taylor Swift (songwriting), Willow is a more recent artist I have been enjoying.

What kind of genre is your music? What kinds of things do you write about?
Indie pop is my preferred genre. I've written a song in response to my bullies, "You Won't Regret A Thing," then my follow-up song to that was about coping and getting through the dark times, knowing that things will get better "Stars Align." My song "Off My Knees" was about holding people accountable and using your voice. "Good in You" was about looking for the good in each other. It was released on election day as a way to unite people with differing views through music. I co-wrote a country rap song with a local artist Buck the Wild, and sang the chorus on the song "Lonely Funeral." I'm currently working on my first album. The songs are written from different perspectives: the narrator, the antagonist, the hero... I've also written a song about the five stages of grief. That's where having a mom who is a hospice social worker has had an influence on my music and storytelling.

Do you have one song that means more to you or is extremely special to you?
I have a new song coming out on Halloween that I self-produced, called "Ghost." The song is about anxiety and how I manage it. I hope that it will help other people who struggle with anxiety and also help others develop compassion for people who experience mental health issues.

If we want to hear more of your work, where should we go to find it? What about upcoming shows (virtual or in-person)?
linktr.ee/autumnhelenemusic. Throughout the pandemic, I got pretty used to not doing live performances. As a result, my career goals have shifted to focusing more on music production than live performances. I'll keep writing, recording and producing songs. It's also a way for me to cope with life's stressors.

What is next for you? Anything you're working on right now that you're really excited about?
I'm also collaborating with an artist in Malaysia named Heerraa on an original song we hope to release by the end of the year. I'm working on fully self-producing my first album using Studio One. I'm hoping to be able to release it by the end of next year. The style is a definite departure from my previous music. It's been a lot of fun learning how to create my own instrumentals. I start high school in a few weeks as a freshman. I'm excited and terrified all at the same time!

Lastly, how do you take your coffee? We ask everyone!
A double chocolatey chip creme frappuccino always brings a smile to my face.