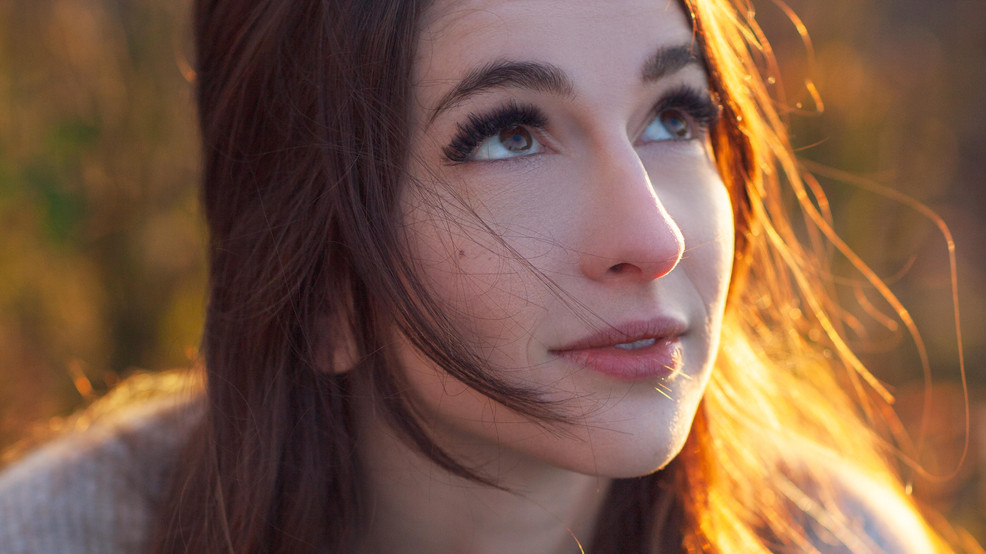 Artist of the Week: Amelia Samson

Amelia Samson is a content creator based in Seattle. This feature was originally posted in October 2021.

Seattle Refined: How long have you been creating content/making videos?
Amelia Samson: I started making YouTube videos when I was, like, 12. The videos were just me standing in my bathroom and showing random things to the camera which was about as cringey as it sounds. I got bullied in middle school for them — people would come up to me quoting a video of mine in a mocking way — but I loved how it felt to create something, and how it felt to know people were consuming it. I tried my hand at Vine (like everybody else), but it wasn't until TikTok came around that I was able to find a medium that worked for the kind of content I am making.

Tell us about your process and the different stages that work into it.
This dating app brand that I've fallen into took on a life of its own. One night, I posted a video of me showing how rough it is on dating apps for people that date men, and the next day my inbox was flooded with screenshots for me to roast. Like, people were just sitting on this goldmine of screenshots they'd saved. So my days are me combing through 600+ unread inbox messages to find screenshots to put in my videos, and then I'll just improv-roast them with the camera on. I prefer to do it that way rather than write a script because I catch myself off guard sometimes with what I say, which makes me break character and laugh. I start to feel like my own audience.

Where does your inspiration come from? What other creators/accounts have influenced you?
My inspiration really comes from the struggles that I've had swiping through dating apps. And I know that no matter the gender or genders you date, the apps are all so bad, so it's been sort of a uniting thing for people that follow me to know that they aren't the only ones struggling through it. I recently started on YouTube, though, and that's obviously a much different format than TikTok, so I've been pulling my inspiration from creators like Cody Ko. I love how his videos are structured and the voice his channel has taken on. He's so quippy without being a bully, and that's a tough balance to strike. AND, he has very dedicated followers that have inside jokes and I love that a creator can be the impetus for a community of strangers like that. I think that's really special.

What genre do your videos/content fall into? What kinds of things do you talk about?
About 90% of my videos are the dating app roasts, but I have also been opening up about my struggles with my mental health. I have dealt with anxiety and depression for a while, and at times it felt like nobody could ever possibly know what it felt like, which is obviously not true. So now having a small platform to make sure I can do my tiny part in letting people know that they are never alone has been really important to me. I donate the money that I get from the TikTok Creator Fund to different mental health organizations for that reason.

Do you have one video/topic that means more to you or is extremely special to you?
This whole TikTok journey actually started when I was going through a very difficult breakup. I was heartbroken, flipping through TikTok and thinking to myself how nice it would be to see chapters of someone's healing so I could know that it would stop hurting one day. Then I thought to myself, "I'll just make one, and at the very least it can be a video diary for myself to look back on and see my growth." So, at 2 a.m. I posted the video, and I woke up to thousands of views and comments from people saying they were excited to see my healing. So I kept doing it. I saw people giving each other advice in the comments of my videos, too, which sparked my idea of a support group on Facebook so everyone could chat and feel less alone. The group has over 1,200 members now! It's called "A Garden of Flowers Picking Themselves," and it's all people either going through heartbreak or people who have gotten through it and just want to offer advice. I had one of my best friends create the logo for it, which was really exciting. And all of that started with a snap decision to make that first video. So that video, and the whole heartbreak topic, is especially special to me.

What experiences in your life have shaped your videos/channel?
Honestly, being bullied growing up has shaped the content that I have today, because I realized at a very young age that people are going to be mean just to be mean. It gave me thick skin, so now when I'm making a video, I don't think so much about how "ridiculous" I look in a video, or if I sound cool or if I look good. I just focus on being authentically me. It can be tough, because the whole idea of "99 people can love you but you'll always be focused on the 1 that doesn't" can feel so real, but I think when you are able to realize that people feel really powerful behind a keyboard, you stop putting so much stock in them being hurtful. Everyone is going through something that has nothing to do with you, and a lot of the anger is misplaced. Growing up with that mindset has allowed me to be who I am online today.

If we want to see more of your work, where should we go to find it?
You can find me on YouTube and TikTok (@ameliasamson). I also co-host a sex-positive dating podcast with my friend Liz called "The Hoely Hour" (available on Spotify, Apple Podcasts and SoundCloud).

What is next for you? Anything you're working on right now that you're really excited about?
I am about to be moving into an apartment with a room that I'll use as a studio, which will allow me to create so much more than I have been because I'll have a permanent setup. Anyone that creates any sort of video/audio content knows how big of a pain it is to set up your equipment every single time. I've been figuring out a good brand and cadence for YouTube, as well, and I am so excited to see it grow.

Lastly, how do you take your coffee? We ask everyone!
I am a "three shots of espresso over ice" kinda gal. Straight to the system.

About 'Artist of the Week': This city is packed with artists we love to feature weekly on Seattle Refined! If you have a local artist in mind that you would like to see featured, let us know at hello@seattlerefined.com. And if you're wondering just what constitutes art, that's the beauty of it; it's up to you! See all of our past Artists of the Week in our dedicated section.