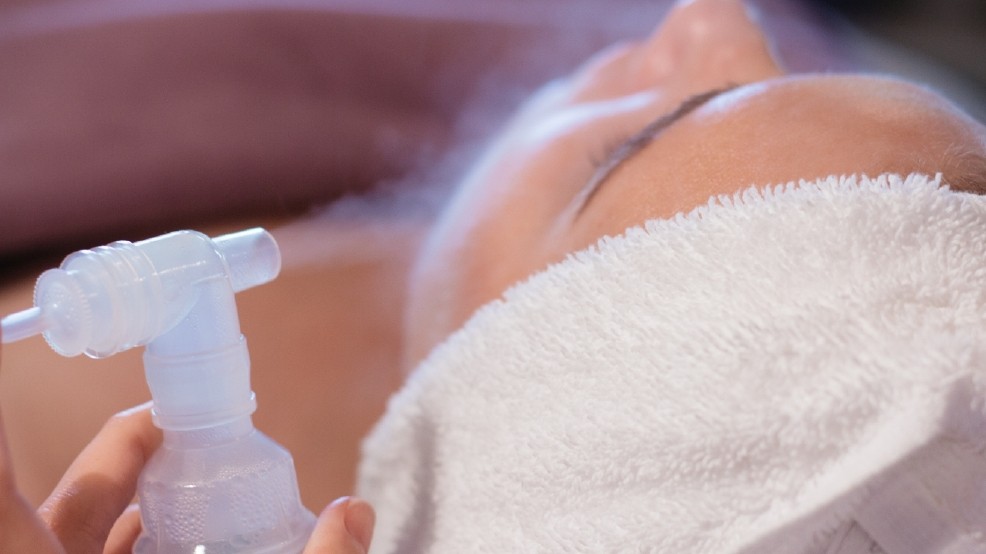 Megan Sevcik began calming me down a good half hour before the spa facial I had scheduled with her for that very reason.

Stuck in the Mercer Mess, I called her frantically, "I'm going to be late! I haven't moved in half an hour. Why don't we just cancel."

Typical 20-something, right? Something is hard and frustrating so I just quit. But Megan was having none of it.

Sure enough, as soon as I got outside of the terrible half mile radius I was flying to Madison Valley, where Megan has been running Honey Skin Spa since 2011.

I know - another spa. How many have you seen just in your daily drives around the city? But we try reeeeallly hard at Refined to only bring to your attention things that are unique, and worth knowing (in our humble opinion).

I first perked up when I heard Honey was the only spa in the entire state of Washington to use a pure liquid oxygen machine called ECHO 2. It's a medical grade device that supposedly "makes scars, pores and fine lines virtually disappear."

Immediately I had questions. Why is Honey the only spa that has this? What is liquid oxygen? How is it different from turning a hair dryer on your own face? Does it really work?

Enough questions that Megan offered to let me try the facial, and come chat with her about everything.

Cut to the inside of Honey, a cozy home-turned-spa tucked in an alcove of small business right off Madison St. Out walks Megan to greet me - and I tell you, I was sold on the treatment before she even opened her mouth. This gal's skin was on another level. Seriously you guys - I spent most of the interview nodding my head while she she talked and staring intently at her skin to try and figure out whether it was real or makeup (just kidding I listened to her too). Verdict is that it's real, and when I complemented her - she blushed.

"Thank you! It wasn't always this way."

And thus begins the story of Megan's journey from high-powered marketing executive to small business owner of Honey.

"I went to FIT [Fashion Institute of Technology) in New York, I wanted to be a big buyer - I love fashion," she said. Upon graduating, she was offered the job of an art buyer from McCann Erickson, a huge name in the advertising world. Megan was representing photographers and artists, and it was around this time the she started to have really bad cystic acne.

"I was probably 27, 28 - and it took such a toll. I'd wear bandaids on my face in front of the hottest creative directors," she siad. "I was so ashamed of myself."

She tried everything, from prescribed Acutane to over-the-counter medications. Nothing worked, until she went on a girls trip with some friends to the Golden Doors at The Boulders, in Phoenix.

"I did this oxygen facial there," Megan said. "It was so expensive but I was like, I'm doing it! And it changed my life."

The oxygen machine the Boulders use is called ECHO 2 Plus. It's a small machine that uses pure oxygen gas, vitamins A, C, E and 87 minerals, enzymes and amino acids - all flooding into your skin.

"Usually you go into a facial and then you break out, which is why I didn't want to do facials," she said. "But after this one, my skin was like glass - my pores were so small."

Megan immediately began peppering the aesthetician with questions: What are you? Who are you? What is this? I want to do what you do!

She was loaded down with brochures on ECHO 2 and Hylunia, which is the product line the Boulders uses.

"It's all I use now, and at the time I could only afford a couple things - but little by little my skin kept getting better and better."

Megan says she can't explain the feeling of having people come up and complementing her skin after years of cystic nodular acne.

"I had a moment where I was like, 'I'm not put on this earth to do advertising,'" she said. "I got on the phone and called ECHO 2."

She worked with the ECHO 2 and Hylunia teams (shout out to Yona Lapin!) to get the machines and product that were used on her in Phoenix. She has two machines now, and is working on a third.

"No one in Seattle has ECHO 2 or Hylunia," said Megan. Why is this? If they are so revolutionary and amazing, why haven't more people caught on?

"Honestly? A lot of estheticians come out of school and need support," said Megan. "They need a vendor who can help them and provide a lot of stuff." They usually hook up with the big cosmetic grade companies that advertises heavily in the trade publications, at the trade shows, and will send samples and pay these estheticians to be in their spa. Even though Hylunia is an active partner of Megan's, they didn't provide her with anything - she doesn't get kickbacks.

"I think I'm special because I had this business degree, I did suffer personally, and I found [Hylunia and ECHO 2] on my own."

Once she had Hylunia and ECHO 2 on board, Megan just started giving facials.

"I thought - if I build it, they will come!" she said. And they did. People started coming, and it just really became a word of mouth thing. A large population is women 35 - 55 years old, a tons of Madison Park folks, Queen Anne and Eastside residents.

"I know our services are more expensive than most places," Megan admits, facials start at $125. "But that because everything we use if the best you can get, and it works. As soon as you walk in, you get it.

Megan also sees a lot of folks suffering from acne like she did, or rosacea and excema.

"What most people don't know if that your skin is your largest organ, and facials are like working that organ out," she said. Facials change your cell metabolism, so it's not just slapping lotion on you. Our skin has its own keratinization process, and as you get older - you could use liquid gold on your face and it won't penetrate! Because that's what your skin is meant to do - keep stuff out. We do a peel and blast those two tops of layers and you have beautiful skin underneath (even if you have acne or whatever) then we can infuse it with all this stuff and blast it with oxygen."

Ok - this all sounds great, but what does it really feel like? I will admit I was picturing kind of a Dementor's Kiss, with a mask placed over my face and a lot of sucking/pressing/uncomfortableness. I could not have been more wrong! It was like a tiny mini hairdryer blown all over your skin. The facial was wonderful, and the aesthetic of Megan's room, music, lotions and everything else was the perfect setting. Of course, by this time - and seeing Megan's passion - I had already convinced myself this was going to be the best thing that ever happened to me.

Did my skin look radically different after the one facial? No. I asked my sister when I got home if I looked any differently and she said, "You look shinier." Gee thanks Mar.

BUT. Anyone who does facials, Megan included, would tell you that's not how they work.

"Three times is really how often you need to come in to get your skin used to it."

And gosh darn it if I'm not going to schedule another one right after I finish writing this. Because what I HAVE seen a difference in is my face since I've been up keeping with the Hylunia samplers Megan sent home with me. Even sister said my skin felt softer (ha!)

Best part? Honey does mini facials that are just the nuts and the bolts if you're feeling a little cash poor and can't do the whole shebang each month. The Oxygen Express Facial is $125 for 35 minutes. Holla!

Second best part? We inherently love small businesses (especially women-owned ones, WHOOP!) and Megan's passion for what she is doing emanates through her perfectly smooth skin. Her personal story and path to get her adds something to the experience that you can't get from a chain salon.

Thanks Megan! Consider this gal sold.