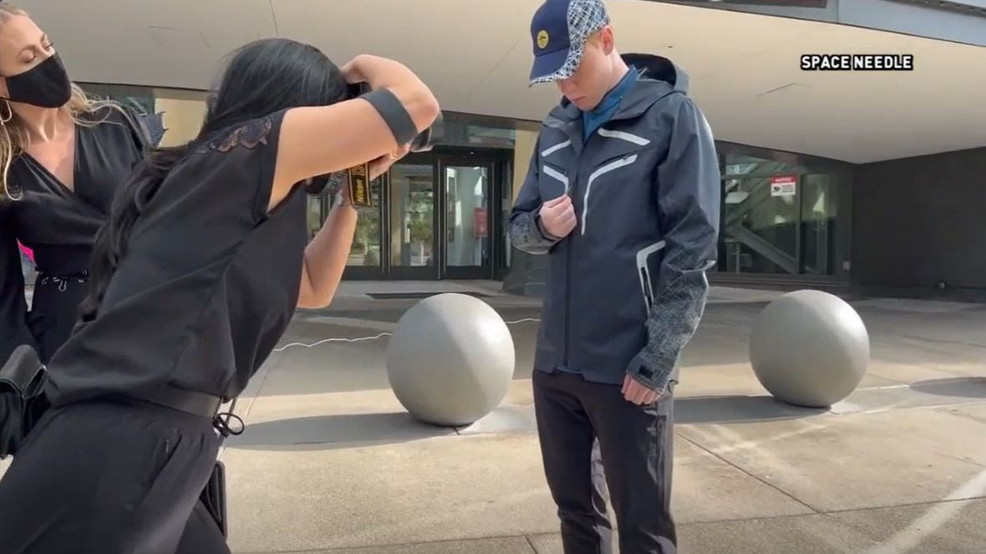 SEATTLE — The next time you head to the Space Needle, you may notice its employees decked out in new uniforms.

The workers at the iconic landmark just got a wardrobe makeover from Seattle-based designer Luly Yang. She says the Space Needle’s new uniform design was inspired by the shape of the building's silhouette.

The seams, color blocks, textures and trims were designed to mirror the architectural lines, while also flattering the human body. She said before she designed the new look, it was important for her to ask the employees what they wanted, interviewing each employee from the elevator operators to the valet drivers.

"I think a successful uniform program always takes into consideration the needs of people who are working the jobs, so that’s function, and then some of it it’s coming from the soul of the brand," Yang said.

Luly, who moved here as a kid from Taiwan, says designing for the needle is a dream.

"It’s really magical to be able to transform the architecture and the details of the design and the beauty of the space and bring it into the design details, into the garments themselves," she said.

Luly is also the designer of the Alaska Airlines flight attendant and pilot uniforms, Climate Pledge Arena staff, and has a partnership with Amazon. The Space Needle’s chief marketing officer, Karen Olson, says the project with Luly was three years in the making.