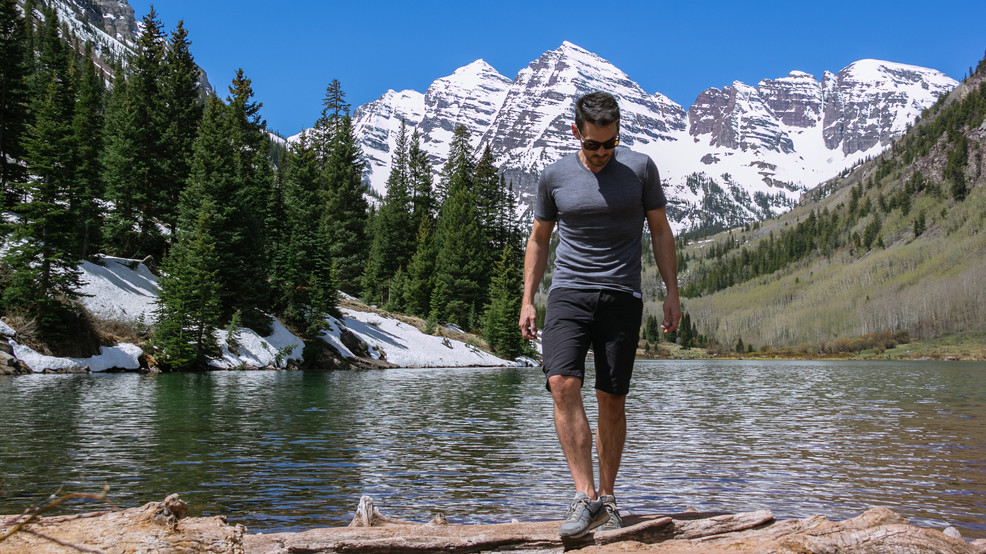 An expensive pair of underwear is responsible for the birth of Seattle-based Merino wool company, Woolly, co-founded by three outdoor-loving friends in 2013.

When avid skiers James Kelly and Mike Kudriavtseff each received a pair of Merino wool underwear for Christmas one year, they fell immediately smitten with the fabric, but not so much the $75 price tag.

At the time, Kelly was working in the third party selling group for Amazon, and was always on the lookout for a side hustle, a common practice among his colleagues.

When Kelly and Kudriavtseff received that fateful pair of underwear, he finally had his idea.

With his background in helping companies get up and running on Amazon, Kelly had extensive knowledge in product fulfillment and listing. He rounded up Kudriavtseff and another friend, Chris LaPlante, to start the company.

The team just needed to figure out how to actually design the clothing.

Woolly began with just a single pair of men’s boxer briefs and has since grown into a line of men’s and women’s Merino clothing available at affordable prices.

How exactly does Woolly keep costs so low compared to other Merino wool brands?

“It’s a super simple answer,” said Kelly. “The easiest thing you can do is cut out the distributor.”

By eliminating the distributor, the company is able to cut costs by about 25 percent. Woolly is only available on their own website and on Amazon, with no plans to open a storefront or sell in retail outlets.

“Our whole ethos is to keep it small and lean,” said Kelly. “We grow at a modest rate that we’re happy with.”

The low-key company, which only recently doubled in size to a total of six employees, uses Kickstarter to fund new products. That allows them to keep costs down, which has allowed the team to invest in research and development for innovative products that use Merino wool technology and minimize environmental impact.

The company is now in the process of their third Kickstarter campaign, featuring the NatureDry LOFT Puffy jacket, a lightweight weatherproof jacket made with 100% Merino LOFT insulation, “the sustainable alternative to nylon, polyester, and synthetic fill.”

The first Kickstarter-funded product was the Long Haul chino-style pant for men, which raised $233,000 in 2018. In 2020, the team launched the NatureDry Jacket, an all-natural, all-weather coat that raised over $400,000 The jacket is biodegradable, doesn’t lead to plastic pollution, and performs just as well as any other performance brand without the chemicals.

The NatureDry LOFT Puffy campaign runs through May 9th and has raised nearly $300,000 so far and was fully funded within 15 minutes of launch.

“It's actually better than plastic as a breathable layer,” said Kelly. “Not only is it a great technical layer, it’s better for everything. You can wear it on the trail, to work, at the bar. We’re taking it to areas where it’s never been used before to make technical products.”

Woolly is on a mission to encourage people to ditch synthetic outerwear made from plastics and instead opt for high-performance, all-natural Merino wool. The company is working on plenty more groundbreaking ideas for Merino wool that extend beyond clothing, including shoes, backpacks, and luggage.

Woolly strives to be a zero-waste business. Clothing not sold on Amazon, is liquidated through creative promotions. Anything else they are unable to sell is donated to people struggling with houselessness, mental health issues, and addiction through a non-profit called Recovery Cafe.

“Most clothing companies throw away 15% of their products. We want to run a company that really sells what it makes,” said Kelly “Whatever we can’t sell, it can benefit your community. There’s always someone who can use it.”