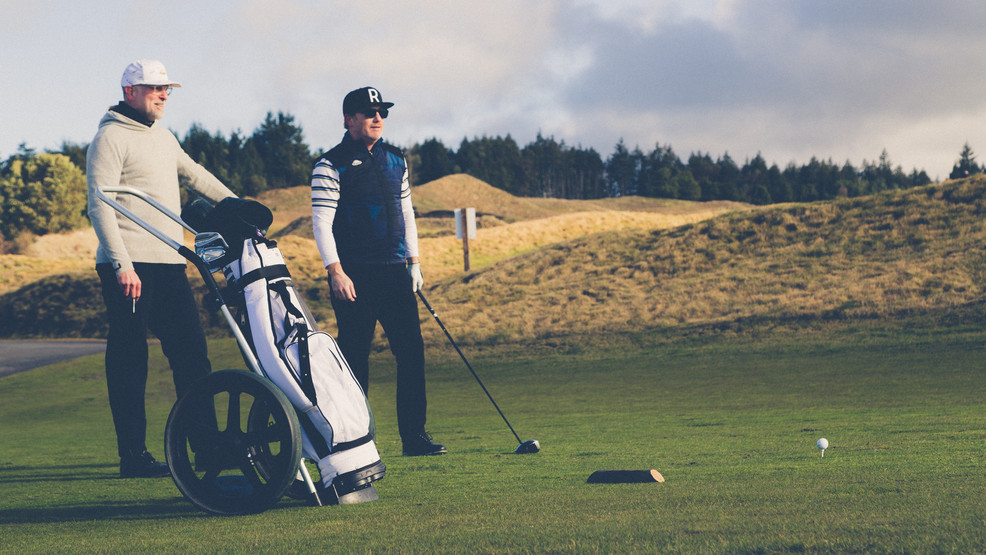 There's a saying: look good, play good. But, when it comes to golf, looking good has, historically, been a bit of a challenge.

"One of the things that has always plagued the game of golf, to some extent, is it felt like you had to have this secondary lifestyle. So, here's my golf clothes. This is what I wear to golf, but I wouldn't be caught dead going to work in these clothes," said Scott Morrison, co-founder of Radmor.

Seattle-based Radmor is one of a handful of new brands helping bring a dose of fashion to the fast-growing game of golf. Its collections are available online, at the Radmor retail store in downtown Seattle and at Nordstrom.

"In the past year there are a lot of new golfers out there that enjoy golf, but they also enjoy the social aspect of it. They like being outdoors. They like being with their friends," said Bob Conrad, who co-founded Radmor with Morrison. "We wanted to bring lifestyle into golf. Make some beautiful golf shirts that you can wear out to dinner, out to the bar, you can wear it to work. We also incorporated t-shirts, crewneck sweatshirts and hoodies."

Conrad and Morrison first met more than two decades ago when they were teammates on the University of Washington golf team.

"We started talking about doing something in the clothing space back when we were college roommates. We've taken it 20 years later and made that a reality," said Morrison.

The pair isn't just focused on fashion and fit. Radmor is one of the first sustainably-minded golf brands. All its shirts are made out of pima or organic cotton, as opposed to a fiber commonly found in a lot of golf wear, polyester.

So, why is Radmor's pima cotton preferable to polyester? Put simply, it's because it's a natural fiber. According to Morrison, who worked in New York's high-end denim industry for more than 20 years, that's a big deal, especially when it comes to what happens to the clothes once folks are finished with them.

"We're not at a point yet where you can dump your clothes into the recycling bin and have them recycled," said Morrison. "So, the majority of garments, like it or not, are being thrown out. They go into a landfill. They're going to sit in that landfill for decades, if not centuries, if they're made of a synthetic like polyester. By contrast, those cellulose fibers, the fibers we are using, break down much more quickly, so it's a lot less harmful."

Good looking and better for the environment. While there's no guarantee wearing Radmor will improve your golf game, bringing a little fashion to the first tee certainly can't hurt.

"I think the single best thing about all of our products is you're going to look great, it's super soft, super comfortable and you're going to get a surprising amount of performance out of it."