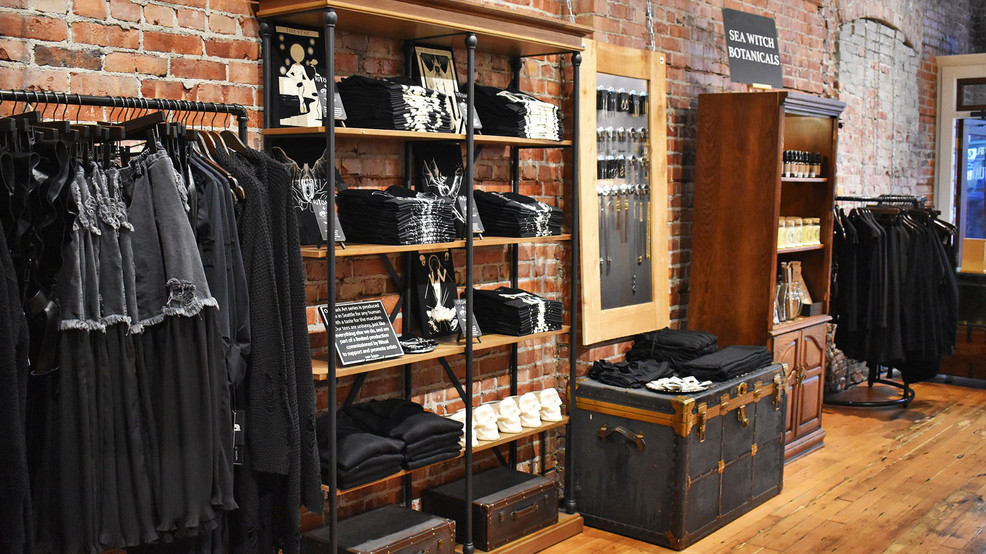 If you have ever walked near Pike and Broadway in Capitol Hill, you've probably passed by Ritual — a brick-and-mortar shop with striking, all-black ensembles featured in the large window.

This off-beat lifestyle boutique was co-founded in 2018 by Sarah Williams and William Rheinhardt, two fashion retail veterans who quit their corporate jobs to create a space for dark, experimental fashion Williams refers to as "executive goth."

From her first job at a dry cleaners when she was 16 to working for apparel giant H&M for 15 years, Williams has always found herself drawn to the clothing and textile industry. After working her way up from Sales to Display & Visual at H&M, Williams eventually met Rheinhardt 11 years ago while working at the H&M in downtown Portland.

"We were a team for a long time for that company, and then we just got a little tired of making money for other people, and we grew tired specifically of making money for rich white Swedish men, essentially," said Williams. "What corporate fast fashion is is you spend all your time at malls, and it felt very disconnected [...] I felt like there should be more to my professional career than that."

Like most great things, the idea of Ritual was born in a bar, and Williams and Rheinhardt dropped everything to self-fund a space for gender-neutral apparel, accessories and occult objects such as crystals and divination tools.

"The curation of the store is essentially just my style [and] my life," said Williams. "I want everybody to look like a Final Fantasy character because that's how I would love my world to be."

Williams further noted that she and Rheinhardt also love "cheesy horror films" and take a lot of inspiration from them, such as Bram Stoker's "Dracula" from the 90s, as well as various photographers like Ellen von Unwerth, who elevated the fetish aspects of harnesses and latex and turned it into sophisticated fashion.

Like most small businesses, Ritual had to adapt to new changes caused by the coronavirus pandemic. Besides becoming more versed in the digital marketplace and building a website, Williams also noted the importance and encouragement from Ritual's customers, who continuously and consciously supported the shop throughout that time.

"We built relationships with our community, which is why we wanted to leave H&M and do this so that we could affect the landscape here in a local way with fashion," said Williams.

From size XS to 5X, Ritual has clothing for all shapes, genders and sizes made by local and international designers, creating a safe space for customers to be creative with how they choose to express themselves. Especially considering Ritual's large trans and non-binary customer base.

"It's really important that we have a space where people can shop where they don't feel like they have to hide in the men's section or surreptitiously by the women's," said Williams. "We legitimately don't care what you wear."

Besides continuing to collaborate and work with local designers like Raqschala Weston, Williams also noted that Ritual is looking to create their own gender-neutral line that fits "any human who wants to wear it."

"I'm very passionate about not dividing fashion or art between genders. It's a very old way of looking at clothing, and it doesn't even make any sense in the modern time," said Williams. "There are no boundaries, and clothing has no gender."