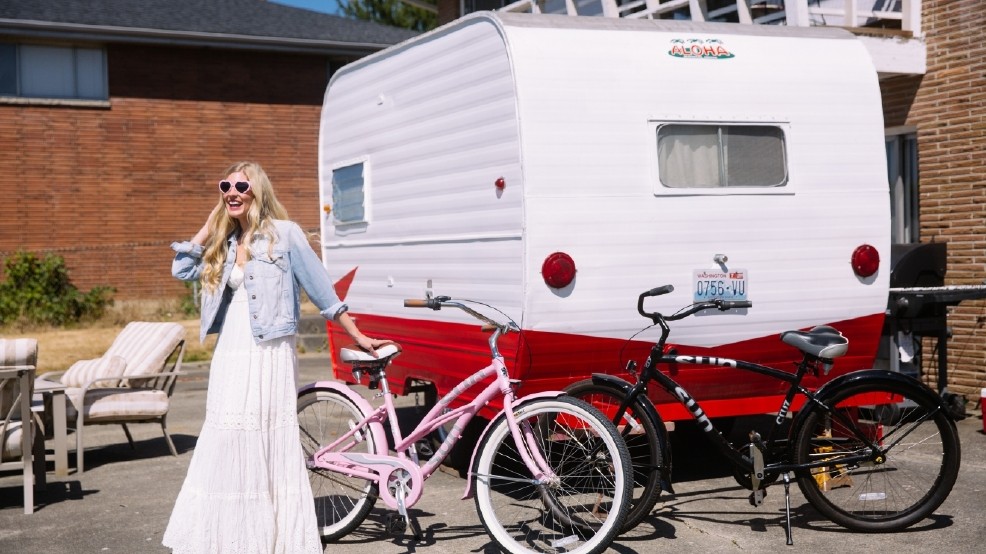 Last week, we told you about the Independent Designer Runway Show coming up on September 22nd, during fashion week at Bellevue Collection. Only nine designers were chosen from dozens of applicants to show off a ten-piece collection in hopes of wowing the judges (and a five-thousand-dollar check, NBD.)

The designers had six months to put together their fashions, and they’re not going it alone. Mentors have guided the designers along the way, and this year fashion show-goers will get a glimpse of some never-before-seen fashions on the IDRS runway - swimwear!

Lindsay Moen is the designer behind Dollstreet, maker of swimwear for NFL and NBA cheerleaders. (She has a bit of experience with that line of work – Lindsay’s a former Sea Gal.)

Lindsay’s taking the advice of the judges and going out of her comfort zone for the Independent Designer Runway Show. In addition to her line of vintage-inspired swimsuits, she’s designed an evening gown she hopes will impress the panel of judges on September 22nd.

Here’s a refresher on who she’s up against:

Check back next Friday on SeattleRefined.com (or watch the show at 2pm on KOMO) for another sneak peek at one designer’s collection.