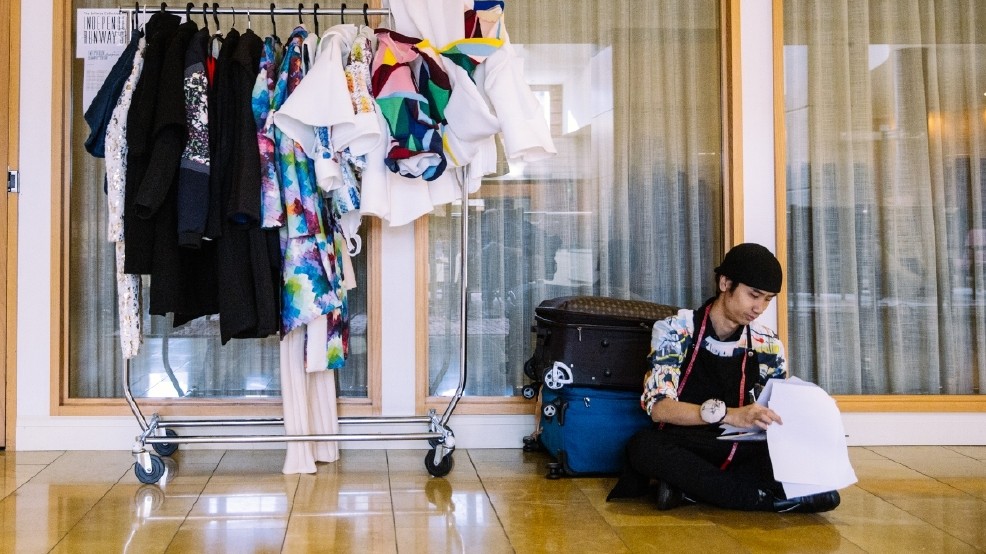 Devon Yan sits with some of his pieces during the final check in for the Independent Designer Runway Show. (Image: Joshua Lewis/Seattle Refined)
SEE MORE

Devon Yan isn’t just a fashion designer. He considers himself an artist.

Originally from Hong Kong, he moved to the northwest in 2006 to pursue his passion for painting watercolors and designing clothes (his line is called Devonation). In less than one week, he (along with eight other northwest designers) will get the chance to show off his art at the Independent Designer Runway Show during Fashion Week at Bellevue Collection.

For the past six months, Devon and the other designers have worked with mentors to create five new looks. They’ll present those looks on the runway on September 22nd. The winner will be selected by a panel of fashion experts.

But he’s facing his fears for a shot at tons of exposure, $5000, and the chance to have his collection displayed at Bellevue Square during the month of October.

ICYMI, here are the other local designers vying for the judges’ favor.

Check back next Friday on SeattleRefined.com to see photos of the show and find out which designer took home the prize.