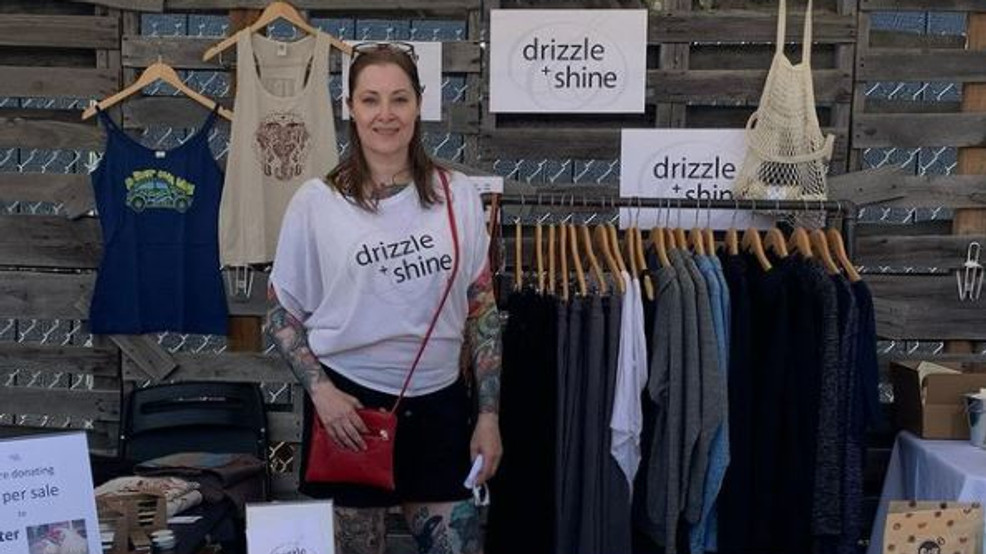 Drizzle & Shine sources cruelty-free clothes, so you don't have to

Since the turn of the century, Jean Coburn has been a vegan. She doesn't eat animal products or purchase or wear items made of silk, wool, or leather. Her problem began when she realized that many alternatives have their own ethical issues: they were made with man-made fabrics made from petrochemicals, or they are made by companies not committed to fair-labor practices, and sometimes overseas in factories that are downright dangerous.

Coburn wanted to honor all her concerns: care to the environment, to labor, and to animals — in her life choices. But she found it difficult and time-consuming.

"I had to do a lot of research. Do I just buy U.S.-made? But there are bad practices, labor and environmental, here too. And there are other places that do things really well that buying just from here would exclude."

What she really wanted was a store where she could find everything she wanted that suited her beliefs. But there wasn't one. So she created it.

Her shop, Drizzle and Shine, opened on Capitol Hill in 2016 and it did well from day one. There were people waiting in line for it to open! She chose the name because things are often gray here in the Northwest, but the sun always makes an appearance.

"There is mistreatment of people and animals, but also positive treatment. I wanted that contrast."

The shop was open every day except major national holidays - until March 2020, when COVID shut it down. By then, Coburn had a staff that included a full-time manager and part-time employees — about six total.

As the pandemic took hold, many shops started selling online.

"[But] having our own website where people could buy didn't make a lot of sense when the brands we carried had their own," she said. "What made us special was that we curated a collection."

Still, surviving COVID required change, so Coburn put her wares on her website. When they started selling face masks, things took a more positive turn, allowing her to pay rent through 2020.

The fashion industry requires ordering months in advance, and this is especially true with some of the ethical companies with which Coburn worked. Ordering and paying three to six months out meant there was a lot of inventory and not a lot of savings. She did get a grant from the City of Seattle last February but didn't apply to federal programs because her cost centers are rent and inventory, not payroll.

"You have to spend 75% of the loan on payroll within eight weeks for loan forgiveness, and I wasn't going to do that with my business. I didn't want to add any debt, even at a low interest."

Over the first year of the pandemic, she lost about 80% of her business. This year is going to be a little better due to online sales and a pop-up festival she participated in during the summer at Peddler Brewery in Ballard.

“It was open air with a lot of vendors. I saw old customers and met new ones.”

The event, sponsored by SeattleVeganRestaurants.com, drew a lot of vegans, but Coburn says only about 20% of her customer base identifies that way. The rest just think her collection is cool, with cute and affordable products.

“Then they learn about the mission and are more intrigued!”

Coburn would like to reopen the store and is interested in doing more pop-up events and street festivals in the future, if the entrance fees are reasonable .

“They create a long day of hard work – bringing it all from storage, doing the signage, setting it out, and then packing it up again at the end. But it reminded me why I started doing this to being with.”

She hasn’t decided where a future store might be, although it probably won’t be on Capitol Hill. For now, she has her wares online at drizzleandshine.com. Because it doesn’t provide a complete income, she is working as a technical writer at Microsoft, a job she held before her shop first opened.

“Microsoft was what afforded me that dream the first time,” Coburn says. And she hopes it will again.