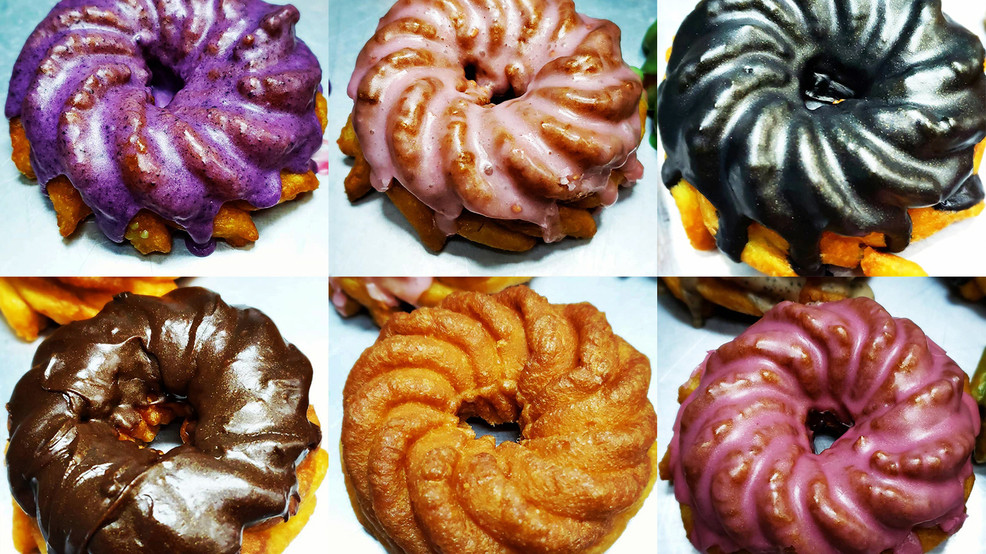 Zuri's Donutz is anything but your typical donut shop

Ever had a dragon fruit glazed donut? How about a chicken and waffles donut? A margarita old fashioned? These are just a few of the unique culinary creations from Davis Vincent, owner and baker at Zuri's Donutz in Lynnwood. His donut philosophy is simple: "If you can get it anywhere, then it's boring."

And his shop is anything but boring.

Through the door, you are immediately greeted with a case full of options. Lined in neat rows, the colorful confections look a bit like a box of crayons with how vibrant and varied they are. Vincent says the rule of the shop is TYT or "take your time." He's eager to answer any questions you may have, and if you don't see exactly what you want, he'll make it on-demand — mixing custom glazes ranging from mango to maple to add to any donut you would like. Flavors vary daily, as he is never not dreaming up new creations. On any day, offerings can range from galaxy donuts that glitter in the sun for the kids to an eggnog old fashioned with a shot of bourbon injected into it for the adults.

So, how did this U.S. Navy veteran end up becoming a mad scientist of donuts? Well, he never planned on it. Originally from Pasadena, California, he grew up with a sweet tooth and turned to baking as a way to satisfy his sugar cravings when he couldn't find exactly what he wanted from stores. Fast forward to two years ago when he was relocating to the Pacific Northwest to be closer to family, and the impending the arrival of his daughter, Zuri (the namesake for his future shop). He came upon a Facebook Marketplace posting for a donut shop for sale in Lynnwood. Despite not knowing how to make donuts, he was inexplicably drawn to the idea. He wasn't even particularly a fan of donuts.

"I can count on one hand how many donuts shops I have been to," he said.

He drove by looking for the shop several times before he finally stumbled upon it. He then decided to start his training, spending a couple of nights a month learning the ropes while still working for FedEx. After those shifts, he gained the confidence to take over the shop and make it his own — and make it his own, he did. From savory donuts like his garlic-chili chicken donuts to his black rose donut, which gets its dark color from using real vanilla beans instead of the imitation stuff typically used in white vanilla glazes. He strives to always incorporate the best, fresh ingredients into his sweets, often finding inspiration from local markets.

"I had never seen as many farmers markets as I have since I moved here," he said.

Vincent goes from farmers' market to farmers' market all across the north, discovering new ingredients along the way, like lychee and guava. Don't worry, he carries the basics, too, if you aren't feeling as adventurous. He also offers vegan, keto and gluten-free options.

Don't like donuts? He now offers cakes, featuring just as creative a variety of flavors as his donuts. There are also breakfast sandwiches for those looking to start the day with less sugar. Vincent pushes the boundaries from his small kitchen, and it's worth frequent visits to see what new things he's inventing.