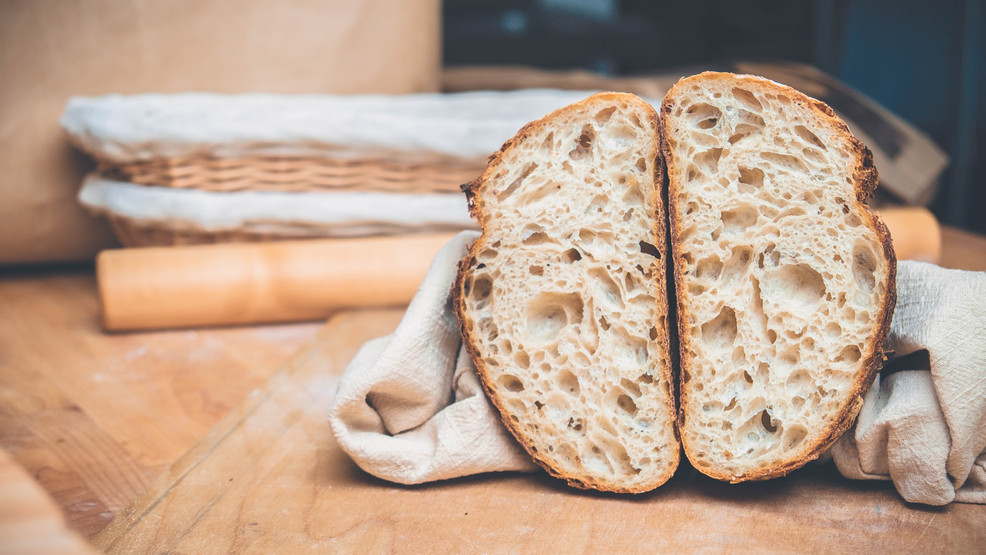 Your weekend treats await at The Cottage, Community Bakery

Saturday mornings in the Perrinville neighborhood of Edmonds have never been this exciting. The line begins around 9:30 a.m., and if you show up at noon, you could be out of luck. The Cottage, Community Bakery has become the area’s hot spot to supply the weekend with fresh baked goods that use hyperlocal ingredients.

Owner and baker Conor O’Neill never expected the crowds he’s drawing to The Cottage. He started baking simple recipes when he was in college and found it rewarding to share his bakes with friends. His college kitchen baking experience eventually evolved into getting a job at Columbia City Bakery where he refined his knowledge of baking bread and pastries. He traveled to France and Italy and became even more enamored with baking.

“I really want to explore bread because it's so provocative,” O’Neill said. “It just keeps you on your toes.”

O’Neill took over his parent’s garage, turning the space into his bakery. He saved up as much money as he could and invested in new baking gear when funds allowed. When his neighborhood held a rummage sale, he set up a table at the end of his parent’s driveway on the recommendation of his dad. O’Neill baked a few dozen pretzels, cookies, and loaves of bread and sold out within a half hour. When the rummage sale took place the following weekend, the same thing happened.

We’ve all found some awesome buys at rummage sales, but O’Neill found his passion.

“I had this idea of running a cottage bakery, but I didn't really know what I needed to do to get there, like what sort of permits I needed and this and that,” O’Neill said. “Those rummage sales really lit the fire.”

O’Neill got a cottage food permit and turned the garage operation into a bakery business selling out of his pop-up tent in Perrinville. He quickly outgrew the garage and moved into a commissary kitchen which he’s now also outgrown and is awaiting opening of his future Perrinville storefront.

These days The Cottage bakes over 300 pounds of dough every Friday night to bring to the Saturday morning pop-up. O’Neill and the crew begin the bake at 11 p.m., churning out their popular Country Sourdough loaves, Cardamom Buns, and blueberry and cream darlings. The lemon buns are a recent addition to the menu and have become an instant crowd favorite. Satisfy your sweet tooth with chocolate chunk rye cookies or raspberry thumbprint cookies. Breakfast for the week is set when you pick up some maple pecan granola.

“The baking starts nearly 12 hours prior to the pop-up,” O’Neill said. “I'm exhausted by the time I get to the pop-up, but I try to be as positive and energetic as I can. It's just the most humbling thing to see so many people caring about what I care about.”

With the menu and sales growing, The Cottage will open a storefront this summer to better supply the community with fresh and local baked goods.

O’Neill said one of his favorite things is heading to the Ballard Farmers Market on Sundays to load up on produce for the week’s bakes like blueberries for the darlings. “It's an awesome way for me to connect to the community and to the local farmers. I really admire the work they're putting into their craft and I think that there's this mutual respect so they're stoked they get to see their produce used in our pastries.”

Using local ingredients from farmers is a pillar of The Cottage. O’Neill’s goal is to take the white linen experience out of farm-to-table. He believes the community deserves to enjoy hyperlocal artisanal food within an enormous price tag.

“I think everyone deserves to have this farm-to-table concept in their lives,” O’Neill said. “I'm just doing what I can to make that possible.”

Visit The Cottage, Community Bakery on Saturdays at 10 a.m. on the corner of 76th Avenue and Olympic View Drive in Edmonds. Check in on The Cottage’s Instagram and website for info about storefront opening this summer.