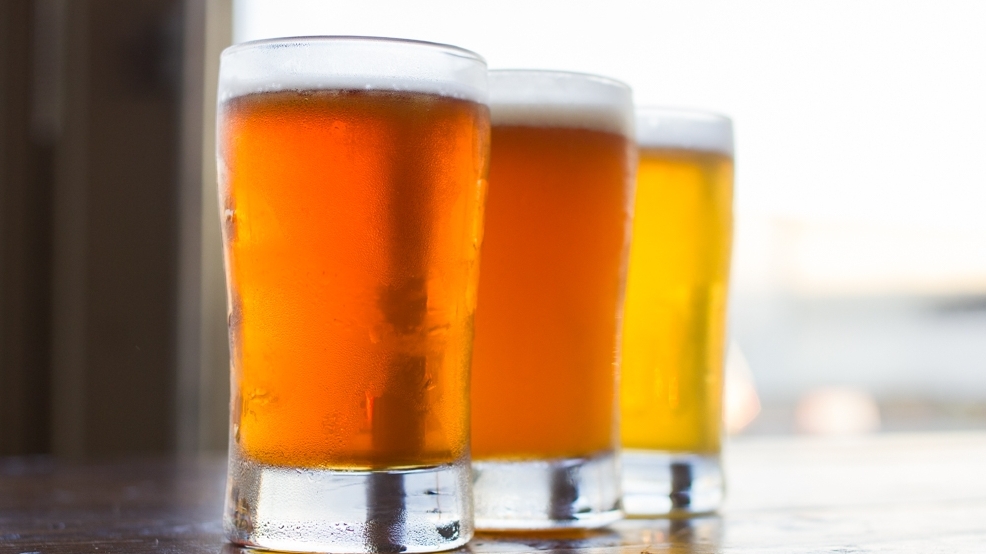 Why is Seattle so obsessed with IPA?

Where craft beer nerds rule the taps and even Seattle's hipsters choose locally-rooted Rainier, India pale ale retains its crown as long-running king of Emerald City beers. IPA is popular wherever microbreweries pop up (it's the most frequently brewed craft beer in the U.S.), but in Seattle, it enjoys a special, cult-like favoritism, dominating tap selections. Bright, citrusy beers laced with the local crop of hopsYakima is one of the largest hop-growing regions in the worldcreated a unique category of Northwest IPAs. But what a Northwest IPA is and why it is so well-loved around town is rarely discussed.

The definition of a Northwest IPA is like sweatpants, Joshua M. Bernstein tells me, "It expands to fit what it needs to." The craft-beer-focused author of Brewed Awakening: Behind the Beers and Brewers Leading the World's Craft Brewing Revolution and The Complete Beer Course: Boot Camp for Beer Geeks: From Novice to Expert in Twelve Tasting Classes, understands the regional varieties of IPA from a national perspective, and describes it in comparison to other IPAs: piney, flowery, more balanced, with just a little bit of maltiness. Kendall Jones, of Washington Beer Blog, gives a more local-centric opinion: all IPA is Northwest IPA, because the hops are all grown here. Pushed for a more specific take, he argues that hoppinessand even over-hoppingis typical of the brew, but agrees strong floral and citrus notes define the category.

Those flavors descend from a heavy hand with the hops, leaving no question if love of hops is endemic around here. After all, it's the local specialty: both the ingredients and the style come from just over the mountains. In 1982, Bert Grant started Grant's Brewery Pub, serving the intensely-hopped beers that earned him the respect due the forefather of hoppy, Northwest IPA. Previously IPA was both rare and brewed in the traditional, leaner, English style. In his book, IPA: Brewing Techniques, Recipes and the Evolution of India Pale Ale, Mitch Steele describes Grant as the forefather of another movement, too: the "brew what you like to drink" school of thought. For many homebrewers, including the many in the Northwest who go on to open nano- or microbreweries, that beer is the hoppy Northwest IPA.

The Northwest IPA is not as renowned outside the regiondespite its local popularity, from 1989 through 2011 only seven of 66 American IPA medals at the Great American Beer Festival went to Washington or Oregon IPAs, only three of which were gold (Pike 5280 Roadhouse IPA in 1998, Pelican Pub and Brewing India Pelican Ale in 2006, and Bend Brewing Hophead Imperial IPA in 2006). Yet in these parts, it's always gold: "The flavors are blatant. People love the obvious, oddly familiar, and pungent flavors," Jones says, trying to put a finger on what it is that makes those brewers and drinkers alike select the bold ale. He traces that affinity back to the hops. But why do Northwest drinkers love hops? Jones suggests they're further down the beer-drinking-evolutionary path than those in regions that developed their craft-brew industry more recently. Bernstein agrees, "it's been around longer, people have had more time to catch up."

The Northwest's comparatively long history of craft brewing owes something to liberal laws. Put simply, opening a brewery in Washington was easy, and in Oregon, even easier. People were able to follow their own path and to experiment. The history shows in numbers-- Washington has the second-most breweries of any state (Oregon is third, but is first in breweries per capita). Redhook's Ballard Bitter in the 80s and the IPA from Steelhead Brewing Company (Eugene, Oregon) in the early 90s began to define the category. Today, nearly every new brewery in the area has an IPA in its arsenal and "people still judge a brewery on the merits of its IPA," Jones resigns.

Like Jones, Bernstein is hopeful that how people see IPA will change: "Everything moved so quickly in the beginning, there wasn't enough education about freshness." He stresses that IPA is at its best only when freshest. Mediocre IPA that's fresh, he argues, is better than good IPA that's old. Drinking at the source, as one can do at the myriad Seattle microbreweries, ensures the best IPAand easy access to the beer at its best likely helps the boost enthusiasm for it.

And the enthusiasm is strongat the momentbut will it stay that way? The rest of the country is just waking up to the IPA revolution, with breweries on the East Coast now churning out the same hopped-up beer styles that the West codified, so it would seem almost time for the West Coast to move on to the next cool thing. Jones, the local guy from Washington Beer Blog, thinks so: "We're already seeing the IPA madness start to calmother powerfully-flavored beer styles are gaining a lot of ground." Bernstein sees the movement going in a different direction: a lowering of alcohol in IPA through new techniques that allow the flavor to remain. The future of IPA is seeking flavor, he explains, and that is a point that both of these beer authorities agree on: the main change we'll see in IPA rests on the shoulders of our local hops farmers and the flavor-driven new varieties that they'll be growing in the next five to ten years.

So perhaps it's an instinct to support the local agricultural economy that makes the IPA so popular here. Or it could be a terroir thing: perhaps that citrusy, floral hoppiness that defines the local style just tastes like homethe beer in our glasses is the modern red dirt of Tara. Either way, we'll pop open a few favorites and toast to a local specialty with the region's best: Bernstein likes Double Mountain's Hop Lava and the IPAs from Breakside Brewing, while Jones will take the Rude Parrot IPA from 7 Seas Brewing for the juicy tropical fruit notes. And me? I'll take a Fort George 3-way IPA, a collaboration among multiple breweries that embodies the best qualities of a Northwest IPA.