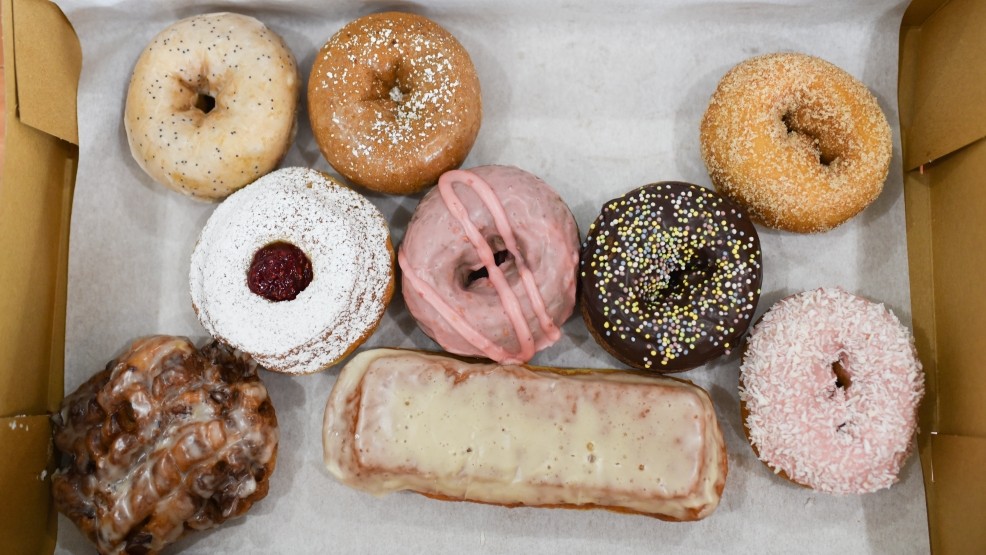 Donuts. Doughnuts. No matter how you spell it, they are still delicious. At Seattle Refined, we set out to find out who has the most delicious, the best doughnuts in all of Seattle. (Image Request: Rebecca Mongrain/Seattle Refined)
SEE MORE

Taste Test: Where is the best doughnut in Seattle?

Donuts. Doughnuts. No matter how you spell it, they are still delicious. At Seattle Refined, we set out to find out who has the most delicious, the best doughnuts in all of Seattle. We gathered a group of tasters, ranging in age from 4 to 42 and here are their findings:

Before gathering our food tasters, we had to gather doughnuts from some of the mightiest places in town. We grabbed filled doughnuts at General Porpoise before stopping at Family Donut in Northgate for some old school treats. We couldn’t resist snagging doughnuts at Krispy Kreme and had to include newcomer, Rodeo Donuts in our contest. Top Pot and Mighty-O were definite contestants in this showdown.

The first taste test was for the Best Cake Doughnut in town! Cake doughnuts are leavened with baking powder or soda rather than yeast and create a denser, yet tasty doughnut. We tasted doughnuts from Top Pot, Mighty-O, Family Donut Shop and Krispy Kreme. Our taste-testers were serious about their judging and this was a close one. We judged doughnuts based on their texture, flavor and of course, sweetness. The almost-too-close-to-call winner for this category was Top Pot donuts with their classic Glazed Old Fashioned Cake Doughnut.

Our next test was the fritter. A classic fritter is typically made by incorporating apple pieces into doughnut batter before frying them in oil. Most are then topped with glaze. We tasted fritters from Rodeo, Top Pot, Mighty-O and Krispy Kreme. The Rodeo donut featured icing which most of the testers agreed made it overly sweet. The remaining fritters were of the more traditional style with the clear winner being Top Pot’s apple fritter. So far Top Pot had a landslide in this competition!

Our third group taste test was the Raised or Yeasted doughnut. These doughnuts are the classic ones that use yeast as leavener which result in a lighter doughnut. Contestants ranged from Krispy Kreme to Top Pot, Mighty-O and Family Donut Shop. The surprising winner in this category was Krispy Kreme which just goes to show that you don’t have to spend a lot of money to have a great doughnut. All the tasters agreed that Krispy Kreme doughnuts are really best when hot out of the fryer.

As we neared the end of our tasting, participants began feeling the sugar high. For the final show-down, we had two tasters take on the filled doughnuts from Rodeo, General Porpoise, Family Donut Shop and Mighty-O. Lizzie from Donuts and Downward Dog and Seattle photographer Danny Ngan squared off across from each other and took their duties seriously. They tasted, they ate and they discussed the merits of each filled doughnut. After much consideration, the Rodeo Caviar n' Cream was declared the winner.