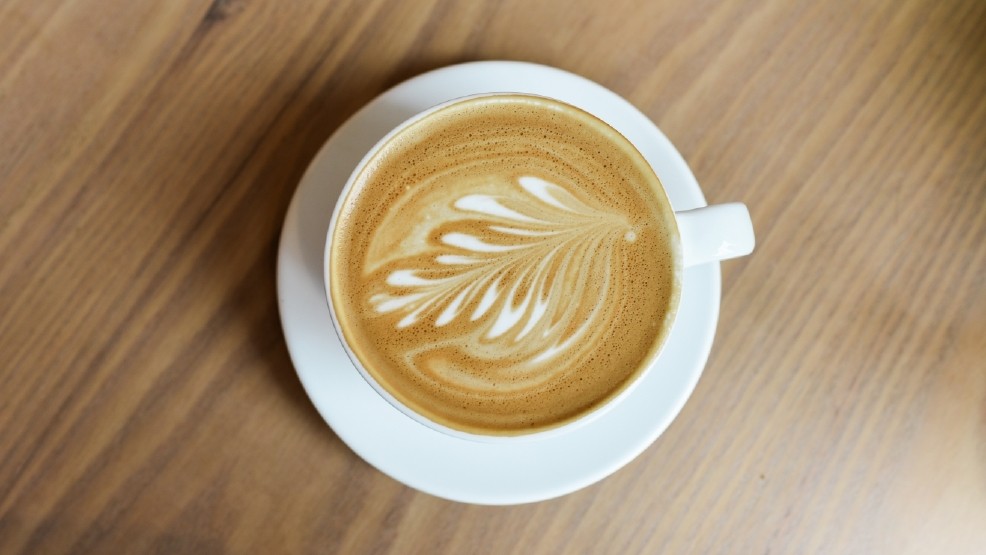 Where to Find the Best Darn Latte in Seattle

Coffee is everywhere in Seattle. You can find a great cup of coffee on practically any street corner and there are some fantastic cups of coffee in this town. We decided to dig deep and find out who makes the best latte in town. Cups and cups of coffee were sampled. Sips were mulled over and decisions were made.

But first, what makes a really good Latte? We turned to Kayla Blincow of Preserve and Gather for some answers. She noted that equal care needs to be put into both the milk and the coffee in order to create a good drink.

“The milk texture is one of the most important components of a latte,” Blincow said. “Good texture almost always guarantees the right temperature, the right proportion of foam to milk and latte art.”

We decided to rate our Latte sampling by the following criteria: 1) Froth 2) Flavor 3) First Taste 4) Temperature and for bonus points: Latte Art. We always ordered an 8 oz, one shot latte with whole milk.

Greenwood’s Preserve & Gather has the best latte, hands-down. The cup came warmed and the latte had an awesome milky flavor and smooth coffee aroma. It was easy to drink with no bitter aftertaste and was the perfect temperature. The shop uses Conduit Coffee Roasters which is highly ranked and has taken 2nd place at the Seattle Coffee fest. This was consistently our best latte. We visited over three times to confirm our initial impressions and were impressed every single time.

Other second favorite latte was at Victrola Coffee on Capitol Hill. Honestly it was really hard to judge between Victrola and Preserve & Gather. Both provided lattes which were near perfection. Victrola Coffee’s latte had a nice strong flavor and was extra frothy. It was smooth but there was something about Preserve and Gather that just nudged it a notch above Victrola’s drink.

Those were our Top Two, but we visited many, many coffee shops and enjoyed them all. We honestly didn’t have a terrible latte anywhere. We couldn’t stop at just sharing where we found the best latte after those two - but wanted to share all the drinks we taste tested for this article.

Our visit to the Royal Drummer in Ballard was a delight! The newer coffee shop takes their coffee seriously. Their latte was beautiful. The design was wonderful and the froth was perfect. However the coffee flavor has a slight bitter taste and left a strong after taste.

We headed to Broadcast Coffee in the Roosevelt District for another cup of joe. The latte was smooth. The flavor was strong but not overwhelming. This was a good latte. The atmosphere of the shop was bustling but welcoming.

Morsel isn’t just for biscuits. They also make really good coffee. Using Sound Coffee and local 100% Jersey milk, Morsel works to make a great latte which was easy to drink with a smooth flavor. The design on the foam was perfect. While high on the list of great lattes, sadly Morsel wasn’t the best latte we had but it was a really good one.

Slate Coffee has a few locations around town and we ended up visiting two of them. The first latte we had was at their 45th St location. The flavor was good though slightly bitter. The latte was also served in a glass tumbler. The second latte was at Slate’s original location on 6th in Ballard. The latte was served in a wine glass which frankly was strange. The latte though was so good that the wine glass was quickly forgotten. The flavor was the perfect mix between coffee and milky smoothness.

The regulars and baristas at Tougo Coffee are nerd-level obsessed with coffee. On our recent visit, the barista and a customer were debating the merits of different roasts on various beans. Their latte was strong though a bit too hot. The roast of coffee came through and threatened to overwhelm the milk but overall, it was a good latte.

Phinney Ridge’s Lighthouse Roasters has been a neighborhood staple for years. Their latte is well worth the trip to the top of the hill. Served in a glass tumbler, the latte had a bitter first taste but quickly turned to smooth sipping afterward.