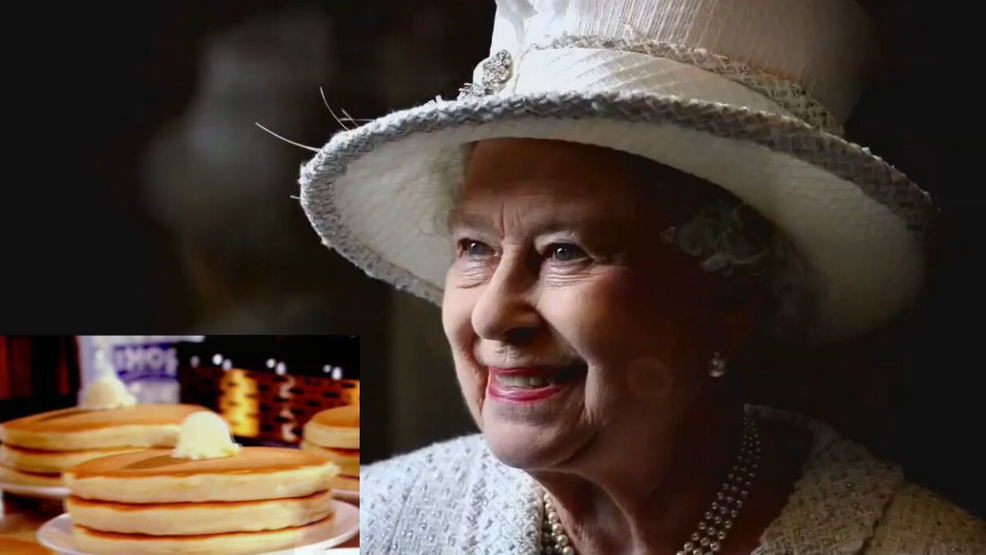 Up to fluff? Here's how to make Queen Elizabeth II's pancake recipe

Looking to make pancakes fit for royalty? The internet is flipping over the recipe Queen Elizabeth II sent President Dwight D. Eisenhower back in 1960, according to this report.

Reddit users recently shared her decades-old recipe, which was included, along with her letter to Eisenhower, in the National Archives catalog. The queen refers to the goodies as "drop scones" in the recipe, which are Scottish pancakes.

This makes enough for 16 people. Beat eggs, sugar and about half the milk together. Add flour and mix well together. Add the remainder of milk as required — "also, bicarbonate and cream of tartar." Fold in the melted butter.

The queen also advised the president that "when there are fewer, I generally put in less flour and milk but use other ingredients as stated."

She also noted, "The mixture needs a great deal of beating while making and shouldn’t stand about too long before cooking."

The queen died on Sept. 8 at Balmoral Castle in Scotland, and her funeral took place Monday at Windsor Castle in London.