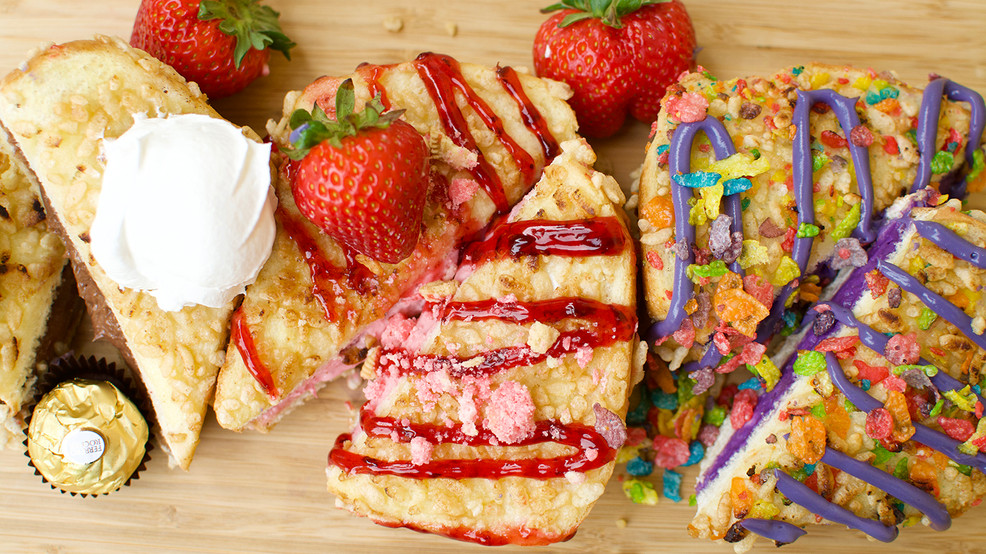 Last November, University of Washington freshman Tiffany Nguyen was given the opportunity to do a food-related pop-up as a birthday gift from her employer. Now, a mere seven months later, Nguyen built enough of a following to continue her entrepreneurial passion project, Tiffy’s Toast, from her parents home in Renton.

“I had to think of a concept that I wanted to do,” said Nguyen. “[French toast] was the first thing [I thought of] because it’s the easiest thing for me to make, and I enjoy making it and eating it - I had three different flavors and then grew from then on.”

Nguyen’s current menu consists of seven different stuffed french toast flavors that are inspired by the sweets that she loves, like strawberry cheesecake, and the unique flavors of her Vietnamese heritage, like ube (a purple yam) and pandan. All toasts are made with brioche and can be made gluten free upon request. Nguyen also makes her own Thai iced tea and noted that in the summertime, she plans on not only releasing more french toast flavors but a few other items, including her original take on bahn mi fries.

While she is currently in the process of creating a website, Nguyen runs her entire business from her Instagram. To order, simply send her a DM and she will coordinate a pick-up time sometime during the weekend. Just in case people struggle to navigate ordering, Nguyen has a bunch of helpful Instagram stories saved, such as ‘How to Order’ and a picture of her full menu.

The most incredible part about the pop-up to passion project journey? Nguyen is entirely a one-woman show. She not only makes and fulfills every order herself, but she does this while balancing a part time job at a restaurant and being a full-time student studying business administration at UW.

“After the pop-up, I didn’t expect this to be an ongoing business,” said Nguyen. “Surprisingly, after that it started growing [and suddenly] I’m a businesswoman now - it’s so cool, I really love it.”

Nguyen’s love for cooking stemmed from her childhood, where she would cook for her younger brother. After learning the basics, she started looking into different recipes which then bloomed into something much bigger. And while Nguyen is currently focusing on school, her dreams grow beyond the borders of the UW campus, and include another pop-up in the near future.

“Right now, [Tiffy's Toast is] my side hustle because I have to worry about school and other things,” she said. “But hopefully, I’m planning on having another pop-up on my one-year anniversary...and then I’m hoping to grow bigger, or maybe even open up a shop or restaurant one day - we’ll grow slowly [and] surely.”

While the products, services, and/or accommodations in this post were provided without charge, all of the opinions within are those of the author and the Seattle Refined editorial board