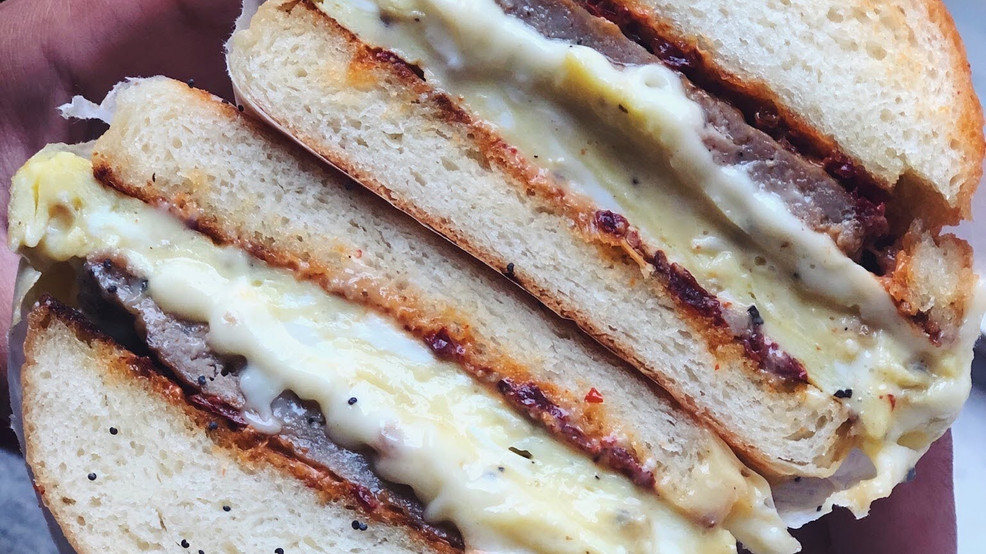 This East Coast-style breakfast sandwich is taking Seattle by storm

It's a taste of the Big Apple in Seattle.

"Hi Helen is a breakfast sandwich pop-up. We serve east coast-style breakfast sandwiches, so a bacon, egg and cheese and sausage, egg and cheese to start," said Sarah Decelle, the owner of Hi Helen. "You can get [this type of sandwich] at any corner bodega in New York City...and you can always count on it. It's reliable. It'll make you energized. If you are hungover, it'll save your life."

Decelle is a New Jersey native. When she moved the the Northwest from NYC a few years back, she found herself craving the breakfast sandwiches she grew up with.

"Seattle has amazing breakfast sandwiches. It has sandwiches on biscuits, sandwiches on different kinds of bread, but it didn't have a sandwich that really scratched that itch for me. If I ever asked anyone about it, they wouldn't know what I was talking about if they weren't from the East Coast," explained Decelle.

So, in 2020, during the midst of the pandemic, Decelle decided to start making them herself, handing off homemade breakfast sandwiches and baked goods to hungry customers on a corner in the Delridge neighborhood.

"One day I just posted [on Instagram]. I said 'Hey I'm going to be selling these on Saturday. You can get a ticket here'. Then the day of I was just like 'what have I done'? It was a sense of panic because I'm going to be feeding people who had paid me money to have good food. So, the first day was definitely terrifying but afterwards I was just like 'I never want to stop doing this'," recalled Decelle.

Now, thanks to word-of-mouth and the power of Instagram, Hi Helen has a serious following. They've also got a new pick-up spot, outside Decelle's kitchen space in SoDo. But, scoring a sandwich on Friday or Saturday (currently the only days Hi Helen sells its sandwiches) can take some work and a little bit of luck.

"I release the tickets at noon on Wednesdays," said Decelle. "I recommend having the order page open, refreshing at noon and checking out as fast as possible. I hate that it's that much of a pain, but the slots go pretty quickly."

Why are these seemingly simple sandwiches so popular? A lot of the magic comes from the work Decelle puts into each and every detail.

"The buns are all made by hand. It's a painstaking process, but I think it's worth it. Then every component is planned out meticulously. The bacon is cooked just the way I want it to be. The eggs are very specifically folded. I was very picky about the cheese, it's white American Cheese, the buns are toasted in butter. I just think every aspect of it adds it its perfection," explained Decelle.

Yes, the East Coast-style breakfast sandwich may be a New York City staple, but maybe, thanks to Hi Helen, it's on its way to becoming a Seattle staple too.

"I just want [diners] to take a bite and not say anything. Just nod to themselves and be happy."