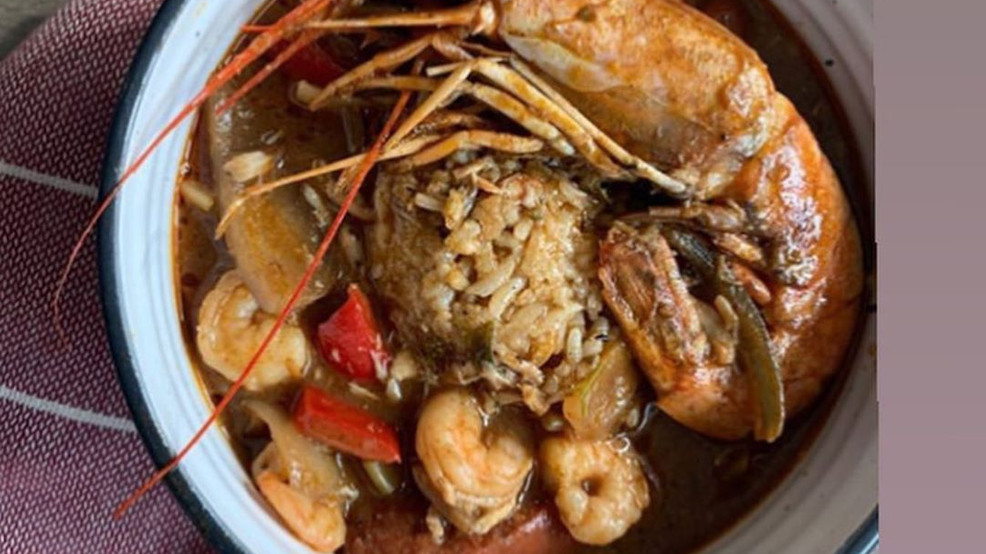 Jerk Shack is a delicious slice of the Caribbean, right in downtown Seattle

Caribbean food is a feast for the senses, with influences from Africa, to South America to the shores of Portugal. Trey Lamont is the lead chef and owner of the Jerk Shack, and brings this global fusion of flavors to Seattle foodies at his downtown restaurant in Belltown, Jerk Shack.

Currently open for take-out orders, Lamont is serving up generous portions of mouth-watering dishes inspired by his Jamaican heritage until he is able to re-open his doors for dine-in service. Born and raised in Seattle, Lamont is proud of his strong Caribbean roots, where his family is from and where he has spent a lot of time visiting.

Lamont found his passion for food and cooking at a young age, ultimately leading him to attend culinary school and open his own business. Because he felt a lack of Caribbean culture on the West Coast, he chose to share that with others through food.

“I wanted to be a chef ever since I was three years old,” he said. “I was raised by a single father who worked in the Seattle hotel industry. I would hang out in the hotel kitchen with the chefs who taught me a lot of technique and culture. This was a very important part of my cooking education before going to culinary school at Le Cordon Bleu. I also started cooking at an early age with my grandmother. I had many siblings, but I was the only one she allowed in the kitchen with her, so it was pretty special for me.”

The Jerk Shack is named after the signature flavor of one of Jamaica’s and the Caribbean's most famous dishes: jerk, a spicy rub applied to chicken and other meat. The flavors are absorbed into the meat before it is grilled or smoked to a delicious and aromatic sublimity. The result is a hot and spicy comfort food served everywhere across the islands, from luxury restaurants to beach shacks; each boasting unique characteristics influenced by the cook and the individual techniques they employ.

The restaurant's menu is loaded with fresh fruits and vegetables, along with fresh seafood, chicken, pork and beef - all prepared with an array of incredible spices and tropical island ingredients. One standout item on the to-go express menu is the Caribbean fry bread sandwich made from scratch.

“We stuff our fry bread sandwiches with amazing jerk chicken, Caribbean shrimp, or fried fish,” said Lamont. “Vegetarians can order the sandwich with Beyond Meat as well, and it’s amazing. When we're able to open up at 100% capacity, we will offer our jerk fried chicken. It's a half of a chicken that's been brined and coated in our jerk spices and jerk dry rub. We never add flour to it, so the crispy and crunchiness of the skin comes from the jerk spice.”

Lamont does open the Jerk Shack for limited in-house dining every Friday for a weekly dinner club. Tickets are $80 for two people and includes a three-course meal with new menu offerings each week. The dinner includes an appetizer, an entrée and a dessert. The portions are large, with plenty of food to share.

In addition to feeding Seattleites great food, Lamont is also giving back to the community by creating opportunities for local Black and Brown neighborhoods.

“Kids from predominantly Black and Brown neighborhoods have lots of dreams they can’t afford, and not enough networked role models to help them figure out how to get over that hump,” Lamont explains on his website. "We have been fortunate to start our business in downtown Seattle, and are the only 100 percent Black-owned restaurant in the neighborhood.”

Lamont’s plan is to buy land in south Seattle and build a Jerk Shack II in a shipping container. He has initiated a GoFundMe account to help purchase the land. His vision is to bring jobs into the community that will provide employees things like health insurance, child care, and college tuition assistance.

“We’re inspired by Dick’s Drive-In that serves its community by providing all of those benefits,” he said. "Of course, most Dick’s are in predominantly white neighborhoods and I want to create a source of community like that in Black and Brown neighborhoods. Creating a new, fast and casual Jerk Shack with a shipping container concept will be a scalable way to bring the restaurant, and it's associated opportunities, to any neighborhood.”

“People say the system is broken,” he said. “Well, it works just fine for those it was built by. I want to create a new system by setting an example of entrepreneurship, community, and social economic stability in the neighborhoods that don’t benefit from the current system. I want to show the younger generation that a person that looks like them and comes from the same place as them can create opportunities that benefit the community as a whole.”

The Jerk Shack is located at 2510 1st Ave in Seattle. To see their online menu or purchase tickets for the dinner club, visit www.jerkshackseattle.com