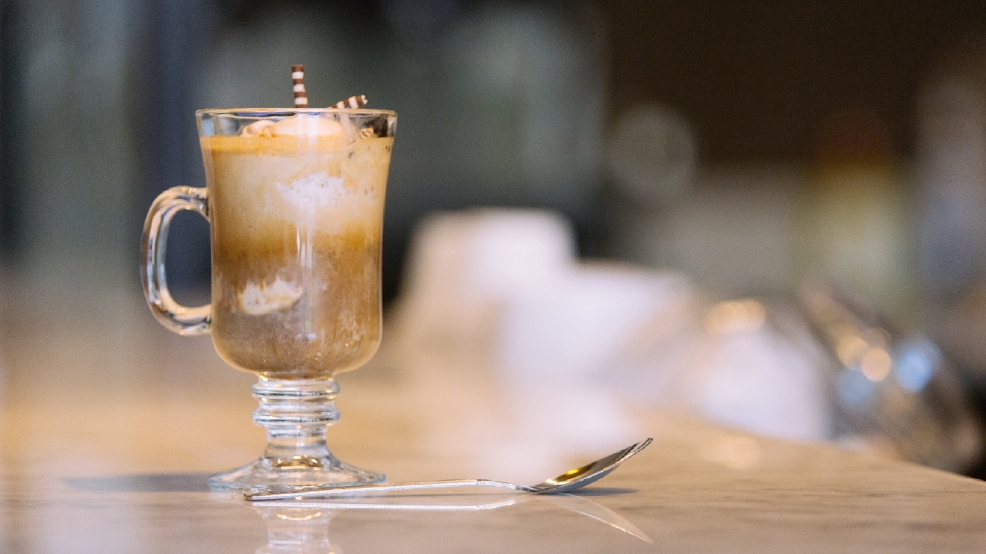 This delicious combination has a name: Affogato. The dreamlike desert is an Italian delicacy but you can find it in Washington. Kirkland, in fact. Sirena’s Gelato has expanded their gelato shop into a chic and ample affogato bar (Image: Joshua Lewis/Seattle Refined).
SEE MORE

The first affogato bar in WA just opened in Kirkland

Like peanut butter and jelly, gelato and espresso are made for one another.

This delicious combination has a name: Affogato. The dreamlike desert is an Italian delicacy but if you're lucky and know where to look - you can find it in Washington.

Kirkland, in fact. Sirena’s Gelato has expanded their gelato shop into a chic and ample affogato bar.

Sirena’s Gelato is a family owned business that began in Bellingham, Washington. Because of their success in Bellingham, Sirena’s moved a bit south and opened their second shop in Kirkland years ago. But when the business next to their gelato shop moved a few months ago, Sirena’s decided to embark on creating an extension of the Italian desert place. Thus – the affogato bar was born. And boy is it a treat.

You guys, I have had affogato before, and I’ve even tried it in the country of its birth, Italy - but this affogato is literally the best I’ve ever tried on this side of the world. They have five different flavors of gelato for you to choose from before pouring their outstanding espresso over the top. I tried each flavor (because that’s what you do in a gelato shop and it's my job MUAH) but ended up choosing the Amaretto di Saronno.

Here are the flavors:

Like I always say, and say it with me folks – DROOOOOL.

Each pan of gelato is handmade and is prepared daily, so you know it’s beyond fresh. It’s so delicious you guys Get out there before the summer ends, because this gelato makes for the perfect summer treat. Find more information on Sirena’s Gelato here.