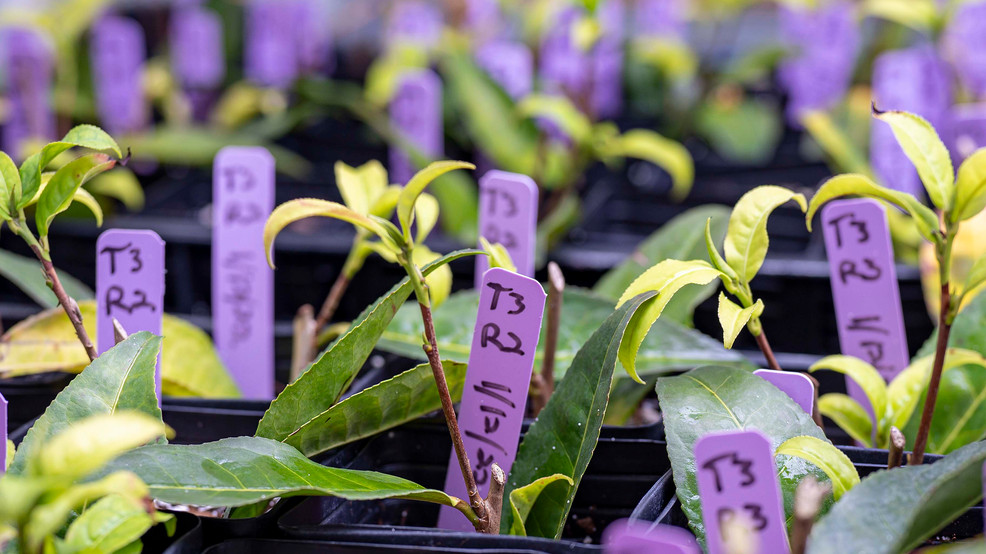 The Pacific Northwest is known as a place of ingenuity with new startups taking hold and creating some trendy new sensations. Take craft beer, for example. Craft beers were popularized here, along with niche wineries and endless options of craft cocktails. Now a new craft beverage is emerging: tea.

The craft tea trend is being cultivated by horticulture researcher Carol Miles and her team at the Washington State University Research and Extension Center in Mount Vernon.

From the lush and fertile farmlands of the Skagit Valley, Miles is researching how to propagate Camellia sinensis, more commonly known as the tea plant. This flora is a species of evergreen shrubs and can grow quite tall; however, for cultivation purposes, is usually trimmed between five to six feet. Typically a tropical plant, Miles hopes her research will lead to a productive propagation of the tea plant in cooler climates. The end goal is to bring the tea plant to a nursery near you.

Imagine growing tea in your garden! Pick a few leaves fresh in the morning, roll them through your fingers releasing their earthy aroma, add hot water, and brew. Black tea, green tea, whichever way you prefer your cuppa, it all stems from this one plan and now may even have the terroir of the Pacific Northwest.

According to Miles, "Tea is the second most consumed beverage in the world, yet the majority of tea consumed in the United States is imported." She wants to change that.

It all began in 2019 when Miles received a grant from the state Department of Agriculture. She began propagating tea plants from cuttings she ordered from other growers in Alabama and Hawaii.

"The outcome of this research is to understand how tea grows in the Pacific Northwest and write a guidebook on the propagation of the tea plants for nurseries in the state to grow commercially," Miles said.

Her first cuttings, sadly, did not have a successful survival rate in the cooler climate. Beginning with 300 cuttings, only 20 survived.

"We get paid to make mistakes and learn from them," she said. However, thanks to an additional grant, her research continues in 2022. She is currently propagating cuttings obtained from Minto Island Growers, the only craft tea farm on the west coast out of Salem, Oregon.

These plantings look to be more successful. The process for propagating involves cutting a stem off the parent plant, dipping it into a growth hormone, then planting it in a container to root. After trying several formulas and tactics, Miles and her research team are excited to take the next step, which is transplanting the tea plants outdoors.

"Our process led us to understand the plants do better in a low ph," Miles explained. As it happens, an old blueberry patch on the grounds of the Research Center will be the very spot needed for these budding tea plants.

If her research findings lead to a budding tea market in Skagit Valley, "it will most likely be for craft tea, to accommodate for the high land costs," said Miles. Smaller batch farms would provide for local nurseries. Growing your own tea may soon be a reality thanks to this research.

Once they've conquered craft tea, Miles and her team may plunge into sweet potatoes.

MaryRose Denton is a freelance writer for Seattle Refined. See more of her work here.