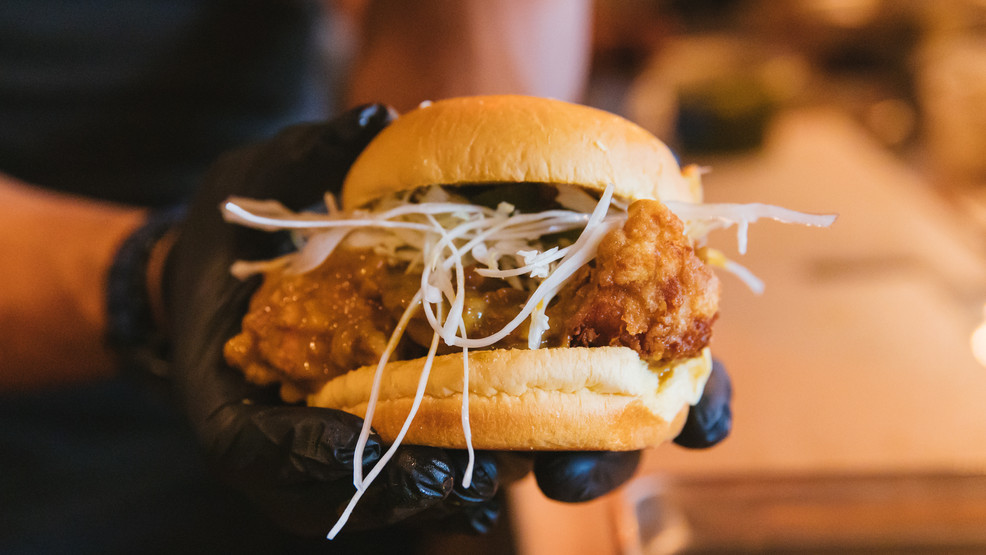 When Shota Nakajima is at work - an effervescent energy lights up the kitchen. That happiness and positive spirit seems to bounce off the walls of his Capitol Hill restaurant, Taku.

"It's just something fun," said Nakajima. "It's bright. I want to bring something fun and bright to Capitol Hill. That's all I'm trying to do."

Originally, Taku was supposed to be a late night hangout serving kushikatsu, or deep fried skewers. Now, it has re-emerged with a delicious new concept: karaage, Japanese-style fried chicken.

"I ran kushikatsu for five days before the pandemic," he said. "The one thing I realized, it was extremely hard to do 20 different ingredients and cook them accurately when it was super busy. I went to my mom's house because I go to my mom's house pretty often and she made chicken karaage for dinner. I was sitting there. I was eating it. I was like 'I should just do this.' Why not? This is delicious. I can eat this every day."

The menu at Taku is designed to be simple and approachable. Think nuggets, wings, the aptly named 'F*** It Bucket' (a heaping 150 ounces of perfectly fried food), and a sandwich that has quickly become a favorite: the curry karaage burger. Which in the opinion of this writer is an absolute face melter.

"It has some Japanese kewpie mayo, cucumbers, and cabbage," said Nakajima. "The curry is a Japanese curry I ate growing up. It's one of my favorite things."

That folks can now visit Taku, that it has finally re-opened - is the culmination of a year-long rollercoaster ride for Nakajima, one that saw him dealing with health issues, putting his career on pause, shutting down Taku and closing his critically acclaimed restaurant Adana during the early days of the pandemic.

"As a boss, as a leader, I didn't know how to direct people," he said. "I didn't know where I was going the next day. I was having a hard time with that itself. I got the whole team together and I asked them straight up, 'Who wants to be here right now?' And no one raised their hand, including myself. None of us wanted to be here."

Nakajima admits that closing was a gut-wrenching decision, but it gave him time to think about what he wanted to do and what makes him happy. He got a very good dog, a Border Collie named Dodger, and a phone call to appear on season 18 of Top Chef, an experience that ended up being life-changing.

Of course, Top Chef has also introduced Nakajima to folks all over the country. He's hoping to use some of that newfound fame to provide a boost to his neighborhood.

"I think, especially after last year, Capitol Hill has has this 'Oh, it's hard to visit' [rep]. Even my friends from out of town are like 'Is it safe there?'" he explained. "We know here in Seattle, but I hope this gives me the opportunity to spread the word of 'Hey, we're all kind of getting back together.' Capitol Hill, we're getting back together. I've been talking to the whole block, every business on the block, like 'Hey, let's do things together. Let's pump up this Hill. Let's get some good energy in here."

Want to support more small businesses like Taku? We're proud to collaborate with Intentionalist, an online guide that makes it easier for you to find/connect with diverse local businesses owned by women, people of color, veterans, members of the LGBTQ community, and people with disabilities.