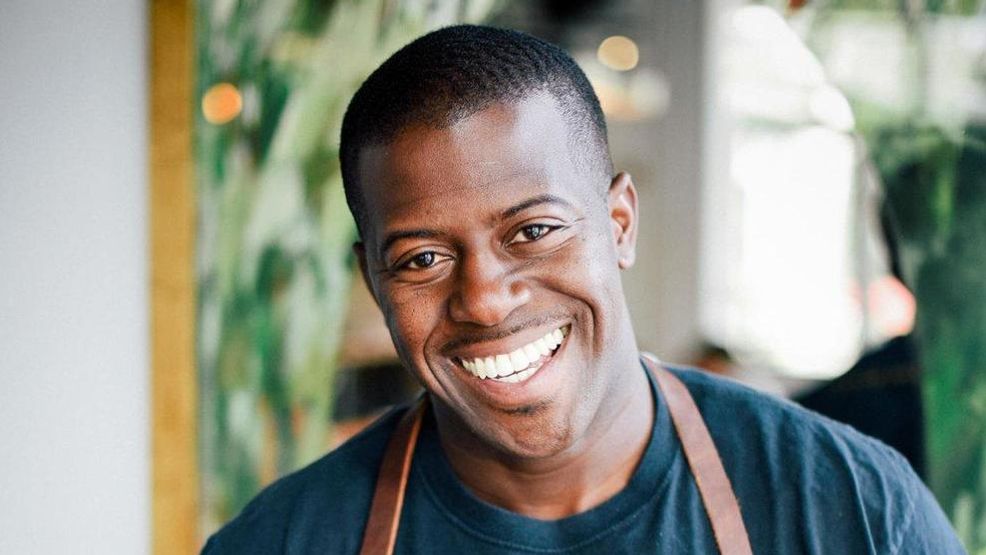 Edouardo Jordan is focused and calm with a smile that comes easily, even amidst the chaos of a professional kitchen. But, in the face of mounting uncertainty for the restaurant industry, Jordan admits his usually cool demeanor has been tested.

"I'm smiling now," he said. "Two weeks ago, I was definitely a little bit more stressed out trying to figure out the transition for being a dine-in restaurant to not even being a restaurant anymore, essentially."

Like other chefs and restauranteurs throughout our region, the James Beard Award-winner was forced to grapple with the realities of Governor Jay Inslee's stay-at-home order, which closed all restaurants except for takeout and delivery.

"There was a fight or flight mode in a sense," said Jordan. "The survival mode kicked in and trying to figure out what was going to be best for the business."

Jordan has three restaurants on one strip in Seattle's Ravenna neighborhood: JuneBaby, Salare and Lucinda Grain Bar. But operating three takeout spots within blocks of each other just wasn't feasible, so he and his team decided to consolidate.

Each week's menu is available for order online, starting Monday at 9 a.m. There's also a selection of pantry items like cornbread mix, frozen biscuits, jams and jellies, and merchandise available. Those items can be shipped just about anywhere. Jordan says he's gotten orders from as far away as Florida, and may even have a European order coming soon.

The dishes in each day's takeout menu rotate weekly, but some favorites aren't going anywhere. The celebrated fried chicken is available, as always, on Sunday-only, but now, for no-contact pickup.

"We're here to continue to restore our community and restore the souls that are actually eating our food. We wanted to have that philosophy as we prepared our meals and menu planned," Jordan said.

That mission to restore the community extends beyond the takeout menu at JuneBaby. When Refined last visited Salare, Jordan was cooking breakfast for his son before prepping for a busy dinner service. Now, Salare is a community kitchen, thanks to a partnership between Jordan and celebrity chef Edward Lee's Lee Initiative.

"We're feeding displaced restaurant workers and hospitality folks who are displaced or on unemployment. There are so many people in our industry right now without a job. And so the last thing they need to be focused on is where their next meal is going to come from," said Jordan. "With that said, we are focusing on the Seattle hospitality community, but we are opening our doors to anyone that needs a hot meal. We do care that you are in the industry, but if you're actually showing up in line and need a meal, there are no questions asked. Please take one."

Jordan says folks from Ravenna and beyond have really showed up to support the effort, donating cash and product. While he and his team are certainly continuing to accept donations, Jordan hopes folks will also look to support other similar programs around the city.

"We're one of many programs in the city that is offering a community kitchen and community relief. I encourage everyone to check in their neighborhood to see what restaurants and organizations are doing the same thing, because beyond the hospitality industry, there are hundreds and thousands of other individuals who are suffering," Jordan said. "I think it's very important to make sure all of our communities are being touched. There are so many neighborhoods that need to be touched."

Even as Jordan and his team work to nourish the community through food, he has found the community is reciprocating by coming together during an exceedingly difficult time.