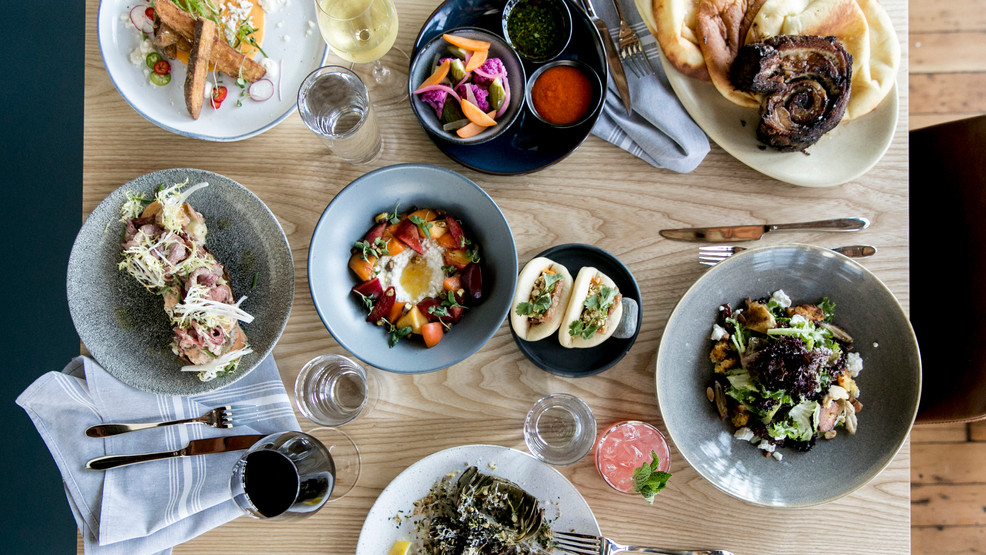 Takeout Check-In: Sawyer in Ballard is offering a new menu every single night

Like so many others, Mitch Mayers is juggling work with being a parent in the midst of quarantine.

"I've got a two-year-old son, so I know life is just different for a lot of people right now," Mayers said.

Mayers is the chef and owner of the acclaimed Sawyer in Ballard. While he's feeling more optimistic now, the James Beard Award nominee admits when the stay-home order first went into effect, he briefly thought about shutting the restaurant down.

"Let's escape. Let's runaway. I was freaked out. That was my first reaction," said Mayers. "Then the day after the shutdown, we got together as a group, and just seeing everyone I was like this isn't about me. This is really about the team."

[From Fine-Dining to Finger Food: New Ballard restaurant is focused on family]

Now, Sawyer is open Thursday through Saturday evenings and Sunday from 10 a.m. to 2 p.m. for brunch. Moving to a takeout model allowed Mayers to keep as much of his core team together as possible. It also presented a unique opportunity to push the limits creatively.

"This is a break in some ways for us to think about how do we want to come out of this on the other side. What type of food do we want to be selling? So I basically challenged the staff. [I told them] I want every single person to come up with a menu, and every single day we're doing to do a different menu when we're open. Because it's just, doing the same menu over and over again, we're going to get bored with it," said Mayers.

Most of the time, it's Mayers providing guidance and support while his staff takes the lead.

"One of my cooks is really passionate about Korean food. I was like there's no way people are going to go for it. This is not the customers we typically have at Sawyer, but I was wrong. We sold out," said Mayers. "One is from Mexico City. They did some enchiladas that were really impressive. We had someone write on Instagram, 'I'm from Mexico, and these remind me of my upbringing'. It was really special for me, even during these hard times, to have some food that brought joy to my life.' That's why we're doing this. It's why we keep on moving forward. It's why we do it every day."

Mayers releases each menu a couple of days in advance, and the ever-changing variety of dishes has been a hit with customers.

"It has actually enabled us to be busier than we normally would be for a sustainable amount of time because, no joke, people have ordered two to three times a week from us for the last three weeks consecutively and become really great customers," said Mayers.

That support — people going out of their way to show just how much they care about local restaurants — means an awful lot to Mayers and his team, as you could expect.

"It's really overwhelming...to see names that I wouldn't have necessarily seen over and over again. It's just like whenever I actually get a chance to meet them face-to-face, I'm really excited to thank them and just tell them how much it has meant to have them support us."