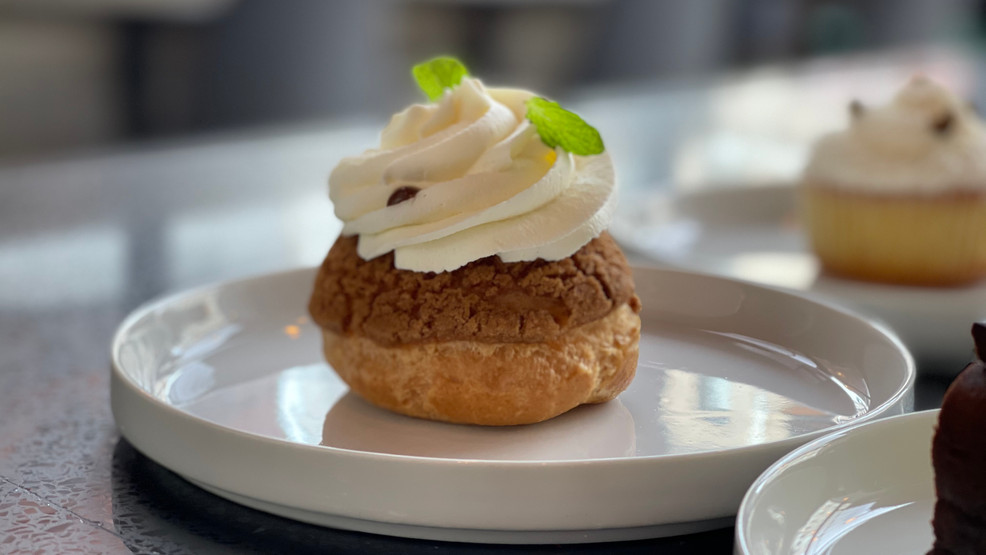 Chefs are, in their own way, artists. Each dish is a distinct form of expression. Color, texture and taste combining to tell the story of who they are.

"You only have so much time," said Muhammad 'Fai' Fairoz.

"Yeah, you only have so much time here and in life to share your creativity. So, you just pump it out," added Katie Pohl.

Partners in business and life Fairoz and Pohl are the co-owners of SUSU Dessert Bar, located in the bustling heart of Seattle's International District neighborhood.

"This is our COVID baby business," said Pohl. "It's an expansion of our farmer's market business, which was rolled ice cream. The Thai style, made on the spot, very fun, very entertaining. We did that for many summers down at the Seattle farmer's markets. And now we have this."

Rolled ice cream was supposed to be one of the focuses at SUSU Dessert Bar, but when the pandemic hit Fairoz and Pohl changed course and became what they call a French, Asian-inspired bakery. Now, Fairoz turns out more than 400 pastries a day, each as stunningly beautiful as it is sublimely delicious.

"We get inspired by whatever seasonal produce is available in Washington," explained Pohl. "[Fairoz] likes to play around with lots of savories and spices, vegetables. He loves to do vegetables, cheeses, teas and herbs."

Fairoz isn't a trained pastry chef. He spent most of his career working in what he calls 'the hot kitchen', first at top restaurants in his native Singapore, then Michelin-starred kitchens in France, where he met Pohl back in 2014.

"I went to go visit my friend [in Paris]," recalled Pohl. "I was there for two weeks and I ended up hanging out more with him than my friend who I was there to visit."

Ultimately, Fairoz and moved to the U.S. to pursue his goal of working with American chefs. But when he arrived he found breaking into the restaurant industry here far different, and more difficult, than expected.

"To be a chef here, you need lots of connections. Where as I only have connections in Asia and France. So it was challenging for me," said Fairoz. "I was struggling because I couldn't find a job for a year."

"That's why we started the rolled ice cream," added Pohl. "We were looking for something for him to do."

Now, it's safe to say Fairoz has plenty to do. While Pohl helps with research (and making an occasional batch of cookie dough) Fairoz essentially works solo, making everything on SUSU's menu himself. And that menu is chef's choice, meaning it changes constantly.

"Honestly I get really bored eating the same stuff...and at the same time, for me, it's a learning process," explained Fairoz.

"I think the weirdest thing for me about the food industry at [Fairoz's] level is he cooks to his palate," said Pohl. "He makes stuff that he likes. You make this stuff and you kind of throw it out there and hope and pray that other people like it too."

SUSU is open Friday-Sunday from 11 am-3 pm. That they're typically sold out well before closing time is proof positive Fairoz's food resonates. A personal story told through pastry.

"I want people to taste where I come from...my roots, where I grew up and where I learned throughout my journey of being a chef."

Want to support more small businesses like SUSU? We're proud to collaborate with Intentionalist, an online guide that makes it easier for you to find/connect with diverse local businesses owned by women, people of color, veterans, members of the LGBTQ community, and people with disabilities.