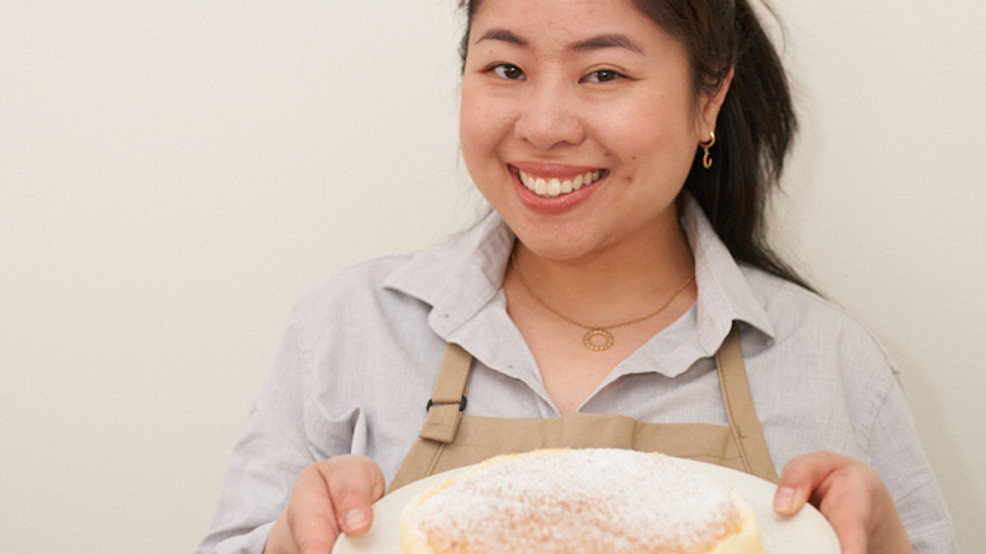 #SubtleAsianBaking: There's nothing subtle about this Asian baking group

When the hashtag #subtleasiantraits took off in Australia and spread around the world a few years back, Kat Lieu, like many people in the Asian diaspora, took note of the jokes and memes, and stories that made use of it. She had no idea that just four years later she'd have started a social media group and penned a cookbook based on her riff on the hashtag #SubtleAsianBaking.

In 2018, she was relatively new to King County, having moved to Renton with her husband the year before from New York City. She worked as a physical therapist for a local school district and was mom to a preschooler. When COVID hit, her work was moved to Zoom-based appointments. Her son was in kindergarten at the time, so his school also moved to Zoom.

Like so many people, Lieu looked for new things to occupy her during lockdown.

"I was always interested in baking, and now I had a kitchen I could bake in," she said. "But I was getting sick of banana bread."

Just before the lockdown, Lieu had taken a trip to Japan and had enjoyed the delicacies at bakeries there.

"But when I came back, and the lockdown happened, the bakeries were shuttered," she said. "I had to bake the way I wanted to eat. I was nostalgic for flavors like mochi and black sesame seed."

She trolled websites and social media but didn't find a group she connected with.

"There was a Subtle Asian page that had a lot of cultural stuff, but baking wasn't part of it," so Lieu created a private Facebook group that has grown to 143,000 members. There are another 66,000 followers on TikTok and 129,000 on Instagram. All three accounts have different content, with the Facebook group strong on recipes and pictures from people all over the world; Instagram is heavy on reels and reposting other accounts' content (with permission), and TikTok is primarily Lieu's own content.

"It’s a lot of me baking colorful cheesecakes and making milk bread," she said.

Her TikTok is tied to her website Modern Asian Baking — also the title of her upcoming cookbook, due to be published by Quarto on June 28. Food styling and photography were by Renton-based Nicole Soper.

"I hoped, maybe in the back of my head, it would lead to something, but not that it would lead to this," said Lieu. "I like to build things, a blog, a gaming company. I just didn't think this would be that big."

Lieu has used the platform for a variety of fundraising activities. First, members collected donations for the Alzheimer's Association of Toronto.

"We chose it because one of the moderators worked for the organization," she said. The group raised $5,000.

Subtle Asian Baking and its members are also big on in-person and virtual bake sales. From March to May of last year, they raised funds in aid of Welcome to Chinatown, a New York City-based organization that helped a variety of Asian bakeries during the pandemic and purchased meals from Chinatown restaurants that were donated to people in need.

"I chose them because Chinatown was close to my heart, and there was a lot of Asian hate and hate crime going on then," she said. That effort netted $15,000.

Currently, the #VeryAsianFundraiser is underway through May and has raised more than $10,000.

"Half will go to Heart of Dinner in New York to provide hot meals to older people in the city and a half to the Very Asian Foundation to help amplify Asian voices."

Lieu asks the bakers she partners with what they think would make a good place for donations.

"A lot are doing bake sales for Ukraine, for World Central Kitchen, and for UNICEF now, too," she said.

Creating a safe space for Asian voices — although anyone can join the Facebook group or follow on social media — is especially important now.

"Being an Asian woman who is visible, who just wants to make a blue cheesecake on TikTok, people just get mad," said Lieu. "The hate and criticism we see online translates to real life. Is it me? People tell me not to talk about myself, to let the food do the talking. When I was promoting my book online, people got mad. I don't understand why. But I won't be quiet about it. I want to reclaim the heritage."

Some backlash even comes from her own community.

"They say I'm too loud," she said. "But I don't want to be bullied, and I will be vocal about it and not just focus on happy, colorful cakes."

Her near future is all about the new book, and maybe another one or two, "something with food," she said. "But my big dream down the line is to create a hospice community that promotes dying in place. We don't talk about death in the Asian community until it's too late."

This is now her full-time gig — she quit being a PT last year after suffering from the same COVID burnout that affects so many. She's certainly not in it for the money: the sale of her cookbook is her only financial gain from her efforts so far. Instagram has yet to open its coffers to her.

"They offer up to $35,000 per month to people who are viral, but they haven't opened it up for us," she said. "We could have used it to fundraise and to build the community."

She doesn't do a lot of ads or partnerships, but there are other ways to measure success. She reaches 13 million people every month — and that counts for something.

Lisa Jaffe is a freelance writer in Seattle. Find more of her work here.