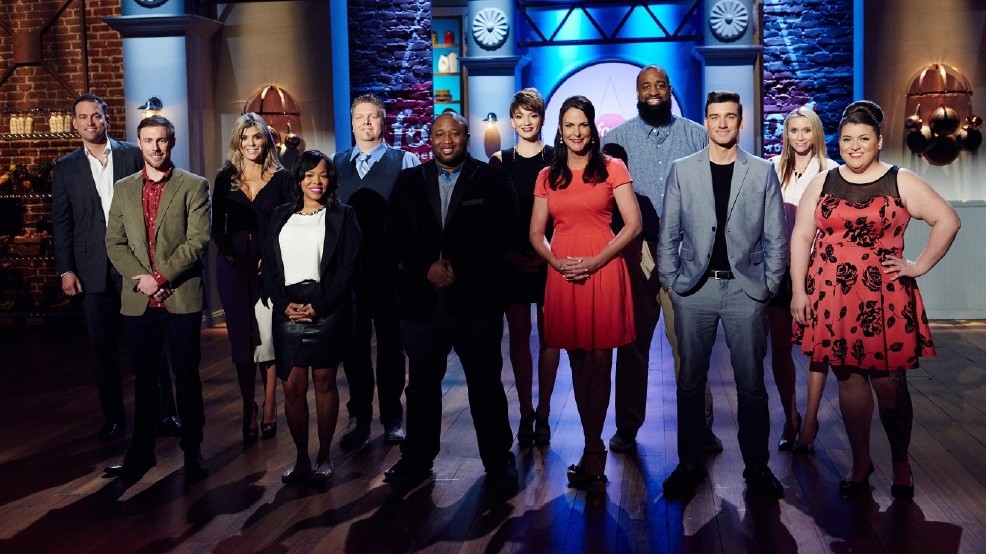 Spokane chef Aaron Crumbaugh is one of thirteen finalists on the 12th season of "Food Network Star"; premiering May 22nd at 9 p.m.

On the popular reality show, contestants compete for a chance to host their own Food Network series. Giada De Laurentiis and Bobby Flay serve as mentors. This season has a twist though with the Food Network Star: Comeback Kitchen winner also joining the competition.

Thirteen aspiring chefs or home cooks go head to head against each other to try and win a chance to star in their own Food Network show. Fans might remember that one of the network's most popular stars, Guy Fieri started out as a winner of the Food Network Star.

Crumbaugh is no stranger to the reality genre having competed on Cutthroat Kitchen : Food Network and the Amazing Race with his wife, Hayden Kristianson.

After competing on the Amazing Race, Crumbaugh, who was a model, decided to get out of the entertainment business and headed to culinary school. Since graduation, he's worked in Chicago restaurants before landing in Spokane a few years ago to run his own catering company.

When the Food Network called about appearing on the Food Network Star, Crumbaugh jumped at the opportunity, even with the fast two week turn-around from being asked to join the show to the start of filming. "It's always been a dream of mine to have a cooking show," said Crumbaugh.

Crumbaugh also wants fans to learn more about where their food comes from and believes deeply in using local food whenever possible. "I have this deep respect for the farmer," he said. "My grandfather gets up at 6:30 a.m to feed the cows and drive the tractor." Crumbaugh fears the level of dedication that farmers need to have to farm is becoming lost in today's world.

Fans of Cutthroat Kitchen will be thrilled to see Crumbaugh appearing again with Tregaye Fraser and Yaku Moton-Spruill on the Food Network Star. Crumbaugh shared his excitement at discovering his former cast mates would be sharing airtime with him again. "You share this amazing and unique opportunityforge a bond," he said about Fraser and Moton-Spruill. "That is honestly the coolest part.

Until we learn if Crumbaugh is the next Food Network Star, Crumbaugh can be found working with Jeremy Hansen on opening Inland Pacific Catering this summer in old Washington Cracker Co. building. A new whiskey bar, Hogwash Whiskey Den, is slated to open in the building's basement once the catering kitchen is up and running.