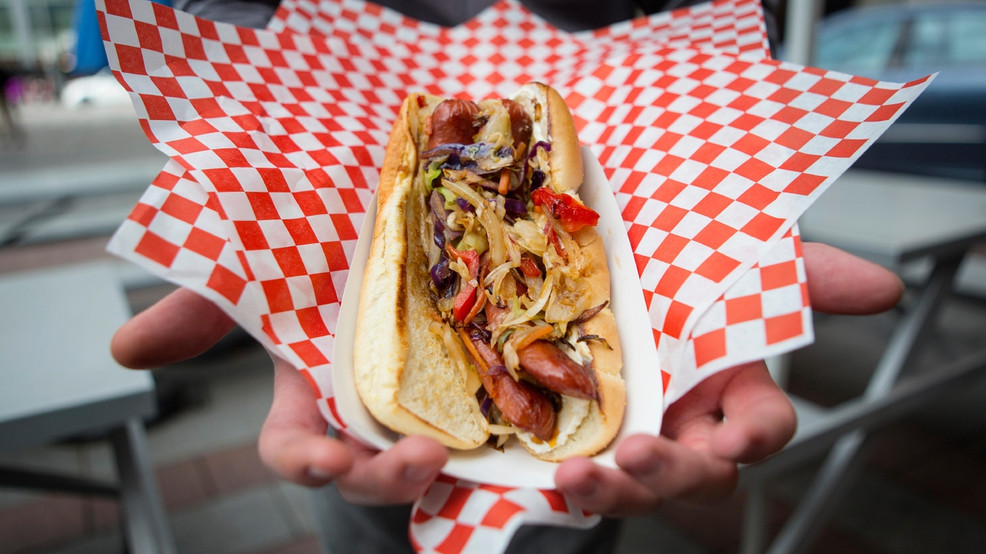 When you think of Seattle's SoDo neighborhood - the Mariners, Sounders and Seahawks probably come to mind first. After all, fans flock to Lumen Field and T-Mobile Park for some serious fun pretty much year-round.

But when it comes to food, I personally think it's outside the stadiums where you find the real tasty gems our city has to offer.

You could say Randy Stevenson is the top dog (pun intended) for grub outside the stadiums. He's the owner of Seattle Sausage: Home of The Seattle Dog, where you can get - that's right - the one and only original Seattle Dog.

"We take onions, we cut them and slice them sauté them," explains Stevenson. "We grill the hotdogs to temperature. We toast the buns."

Sounds like a normal hot dog, right? Well, there is a reason these are unique — and the secret ingredient is cream cheese. Stevenson said he started serving cream cheese on his dogs, around 30 years ago, after slapping some on a turkey sandwich and being really impressed.

"I believe it’s brilliant," he said.

"Folks going to the stadium, just to be a part of the experience in a good positive way," he said. "That brings me more joy than anything you could ever imagine."