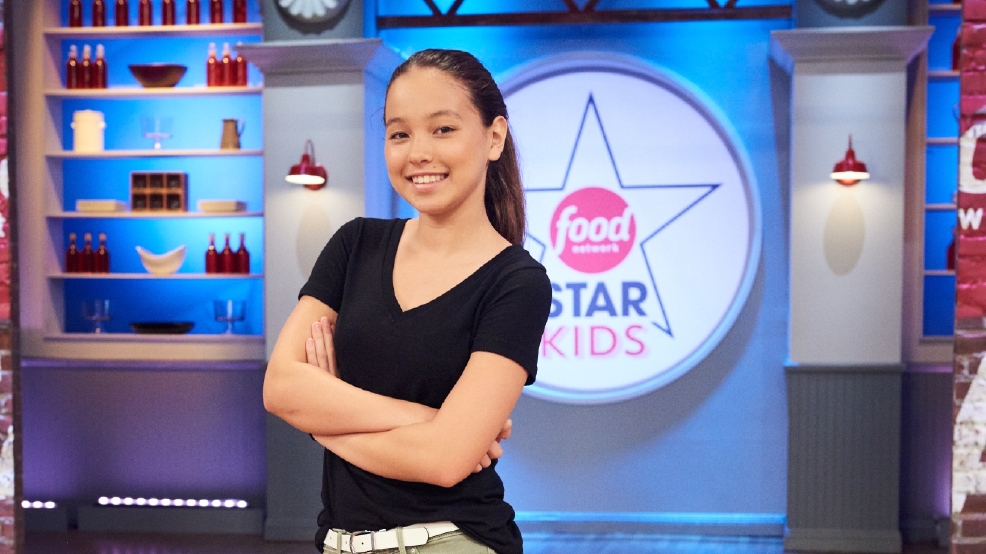 This Seattle pre-teen is appearing on Food Network Star Kids

Thirteen-year-old Amber Kelley has loved cooking since she could walk. She cooked her first meal on her own at age nine, and stars in her own cooking show, Cook with Amber, that has over 35,000 subscribers. Not bad for a teenager.

“I started cooking when I was really little. My mom taught me how,” Kelley says. “I fell in love with it.”

“It was amazing,” Kelley says of the experience. “Both [Mowry and Skehan] have so much energy and have such a great presence on camera. Getting to work with them and have them mentor me was so incredible and being around other contestants was awesome. We were able to learn from each other and it was so much fun.”

But don’t expect the challenges on the show to be easy just because they’re kids. After all, there’s a lot at stake. The winner not only has bragging rights, but gets their own show on Food Network.

To prove they’re worthy, the contestants are thrown into stressful situations right away like having to come up with a 30-second live audition on the spot and creating their own culinary point of view.

For Kelley, it was easy to decide on a POV.

“I did [mine] about fresh, healthy food,” she says. “It’s the food I grew up eating, the food I know how to cook, and the food I love.”

In fact, Kelley’s healthy lunches growing up led her to start her cooking show.

“I had fresh whole food, and everyone else had prepackaged stuff like Lunchables, so I got teased because my food wasn’t cool,” Kelley says. “I told my Mom, ‘You need to be on Food Network Star, and prove everybody wrong.’”

When her mother didn’t end up taking on the challenge, Kelley decided to start a show herself. From there, her web presence grew and she ended up appearing on The Today Show. She even met First Lady Michelle Obama who praised her for helping spread the message about the importance of healthy eating. Take note, she was 10 when this happened.

Despite the often stressful challenges of the Food Network Star Kids, Kelley remains passionate about being able to create something out of nothing in the kitchen.

“My favorite thing about cooking is absolutely being able to express myselfand giving to people,” Kelley says. “I’m totally guilty of bringing food to school for no apparent reason. I love cooking so much, so when I cook for people and I’m proud of it, to me that is the best feeling ever.”

Read more about Kelley on her website, and don’t forget to watch Food Network Star Kids. The show premieres August 22 at 8 p.m. ET/PT on Food Network.