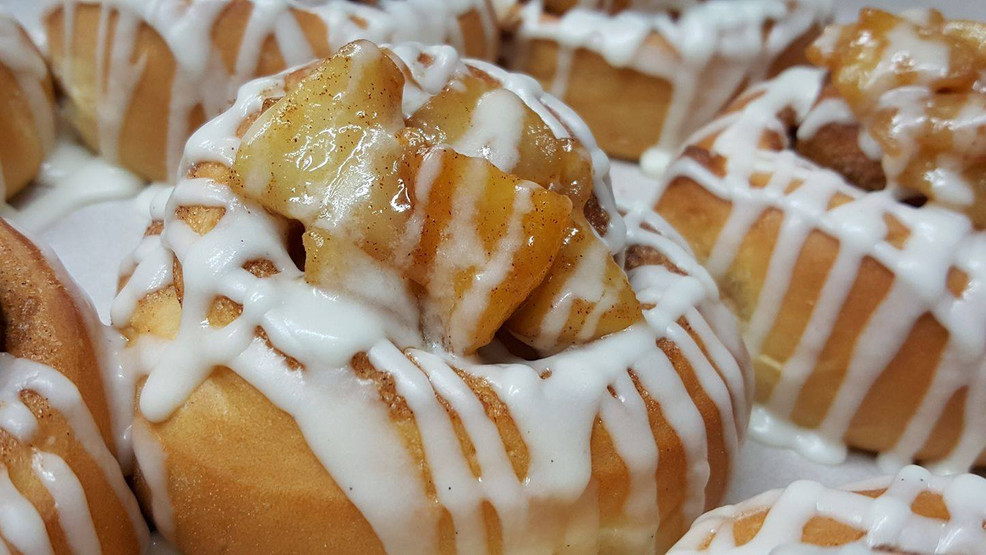 There's something about a cinnamon roll that seems to evoke memories.

At Seattle Cinnamon Roll Co. in Woodinville, Pasha is baking rolls the way mom used to, fresh every morning, and serving them to folks in the comfort of their cars. That's right, it's the Northwest's only cinnamon roll drive-thru.

"That drive-thru allows us to get the product to the people. They're in and out," explained Pasha. "Where else can you get a cinnamon roll through a drive-thru?"

Convenient, yes, but make no mistake - this is not fast food. Pasha takes pride in making everything from the dough to the icings by hand, from scratch.

"You can't beat quality...ut's from the heart," he said. "When you spend that type of time and effort putting something together, I think people can taste the difference."

That's why folks travel from all over the area, even around the state, for a taste of their favorites. Seattle Cinnamon Roll Company's most popular offering include the original, a classic roll with vanilla glaze, pecan sticky buns (which usually sell out on weekends) and the strawberry whip, topped with Nutella, whipped cream and fresh strawberries. Of course, if you really want to taste what makes this bakery different, Pasha encourages visitors to order a roll plain.

"For all those cinnamon roll aficionados who really love a roll, I say try our tolls without icing. [You can taste] the quality, the quality of the dough," said Pasha. "You're not getting anything but love."

That pride in the product is borne of the fact Seattle Cinnamon Roll Co. is the realization of Pasha's dream. After perfecting his rolls at local festivals, he left a career to open the business, and it's a family business. More often than not you'll find Pasha's sons working alongside their dad.

"To see them grow up right in front of your eyes, I think we all know how fast time flies for us and for young people," said Pasha. "Before you know it they're out of the house and gone doing their own thing. So, being able to watch them grow and then them being a part of the business as well, it's amazing."

Yes, there's something about a cinnamon roll. Seems like the best ones are made, or enjoyed, with the ones you love. That's why, for Pasha and his family, the goal is to serve a cinnamon roll so good it makes you think of your own.

"We have so many customers who come through and talk about, like with our sticky buns, this reminds my of my grandmother's rolls. Of course, my grandmother's are better, but yours are almost as good. That's what I want. I want them to think of family."

Want to support more small businesses like Seattle Cinnamon Roll Co.? We're proud to collaborate with Intentionalist, an online guide that makes it easier for you to find/connect with diverse local businesses owned by women, people of color, veterans, members of the LGBTQ community, and people with disabilities.