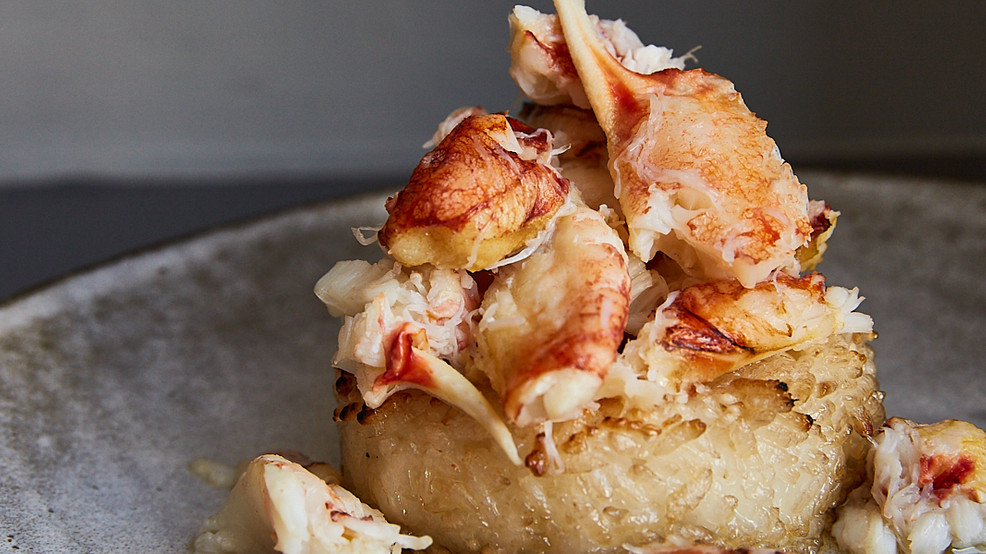 For Eric Anderson, the creation of a dish often starts with a single spark of an idea. Sometimes the spark catches immediately, others it sits smoldering until suddenly the idea ignites.

"I just wanted to have a menu staple featuring crab. I love Dungeness crab and that was kind of how the call got rolling," said Anderson, the chef/owner of Samara. "I didn't realize it would be the signature dish necessarily. We wanted something that could be any season, that didn't necessarily have a highlight moment."

Born outside of Chicago and trained at top restaurants in Portland, then Seattle, Anderson opened Samara in Seattle's Sunset Hill neighborhood back in 2019.

"This is a sophisticated but casual restaurant serving organic vegetables and organic wines, sustainable seafood and heritage breed animals from the Northwest area," said Anderson. "The reality is we've made a special occasion spot. People come for anniversaries, birthdays, celebrations and date nights. We see lots of couples having nice meals together, and that's nice for us."

The restaurant does have an electric oven and induction burners, but during service, all of the cooking is done using a wood fire.

"I enjoy the live fire aspect of it. I like building the fire. I like watching it burn. I like the way it smells. I think people gathering around the fire, it's a source of comfort. It's a source of warmth. It really helps this space set a mood," said Anderson.

The focus on fire and insistence on using hyper-local ingredients provide Anderson and his team the guardrails for a dish, the constraints for creation. From there, they put it together like a puzzle.

"Some of these dishes we'll spend — we try two versions each season typically, and it'll take two to three years for the dish — we won't even put some of them on [the menu]. We'll think of things and work and work and work at it, but it doesn't make the cut for whatever reason. Then, several years later we'll revisit it and the magic finally shows up. Other dishes come almost immediately. I don't know why. That's just part of it," said Anderson.

That magic is apparent in a dish that may be Samara's signature. The menu explains it simply, "buttered Dungeness crab, charred rice cake, tarragon." It's a description that belies the complexity of each component.

"We have clean Dungeness crab meat warmed in a giant pool of butter. We make a seasoned rice cake and we char it on the grill. We pile the crab on top. We make a puree of tarragon and parsley, then the real magic is the crab reduction. We build a crab sauce and reduce it like a demi or double-demi. We have just a few drops of that [on the plate]. So, that bumps the [crab flavor] way up," said Anderson.

Each part of the dish adds flavor, texture and color. Individual components that, together, form an ideal bite.

"The rice cake is going to be just a little bit crunchy. You'll have good smoke flavor, but a light smoke flavor. Then you just have all the richness of the crab. That crab stock adds just a little bit of saltiness to [the dish] and the tarragon keeps everything from feeling too rich and heavy. So it feels comforting. It also feels light, but it's filling," said Anderson.

That dish tells a story on its own, but it's also a chapter in a larger story, one Anderson is sharing each day through the menu at Samara.