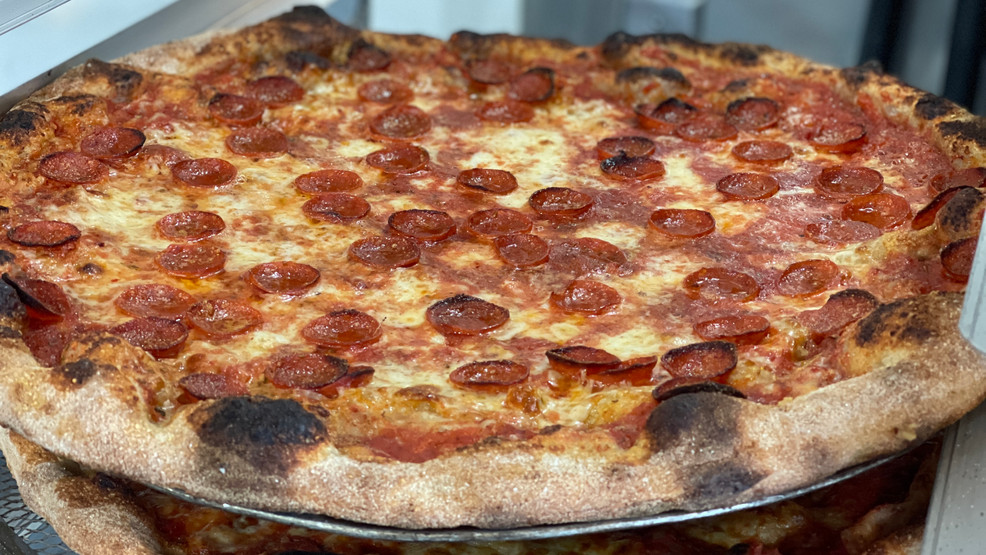 Post Alley Pizza is located a little off the beaten path, in the back of a parking garage a few blocks from Pike Place Market and the Seattle waterfront.

"It's a slice shop. Slices come out pretty quick, they go on a paper plate, they go out the door," explained Andrew Gregory, co-owner of Post Alley Pizza.

The pizzeria has been here for some two decades. While its east coast slice shop ethos hasn't changed much in that time, the pizza at the shop certainly has.

"Post Alley Pizza is our version of Pacific Northwest pizza," explained Gregory. "Most people want to call it New York-style pizza. It definitely takes a nod from that. The difference is we use local flours, and we're committed to local ingredients from this area."

Gregory and his wife Ruel took over Post Alley Pizza back in 2018. Previously, Gregory worked almost exclusively in fine dining with stops in New York, Philadelphia, Chicago, Portland and finally here in Seattle at The London Plane. But, he was looking for a change. Around the same time, he and some friends went to see Phish bassist Mike Gordon play a show.

"I admittedly did not have any idea that I would do pizza. This was something that came up. We went to that concert, our friend told us he was selling (the business), a couple months later we bought it, and that was it," said Gregory.

Gregory came in with close to zero pizza and baking experience, so he worked with baker friends, including Michael Sanders, who previously ran Plane Bread, to develop the dough. Then, he fine-tuned it through a lot of trial and error.

Post Alley Pizza serves a pair of staple slices, cheese and their number one seller, pepperoni.

"When we first opened, everyone wanted pepperoni. So, at one point in the first couple months, I decided not to take pepperoni out, but it wasn't on the menu, and that lasted a day," recalled Gregory with a laugh. "People just like it, and I think if I came into a slice shop and I only got one slice, I would probably get pepperoni."

The rest of the menu rotates regularly, allowing Gregory to showcase in-season products from local farms.

"I want that to be our focus. When the stuff is available, we're going to have fresh produce," said Gregory. "That is one of those things that has attracted me to pizza is that it allows me to have that opportunity to be creative from time to time, but in a small way that isn't overwhelming."

That culinary creativity isn't limited to pizza. Gregory and his team are baking up bread in-house and using it for massive hoagie sandwiches.

"I didn't grow up in Philadelphia, but my whole family is from there, and my wife is from there. They know how to make sandwiches," said Gregory. "There's just not a lot of people making good, big sandwiches with good ingredients, so we're trying to change that."

At Post Alley Pizza, the dining experience may be "no-frills," but that's by design. It's a conscious decision to keep the old-school vibe while focusing on making food with a whole lot of thought and care.

"We think it's pretty good (pizza). We just like eating good stuff. We hope you come and have a good slice."

And, hey, as their Instagram bio says, Post Alley Pizza has "probably" the best slices in town.