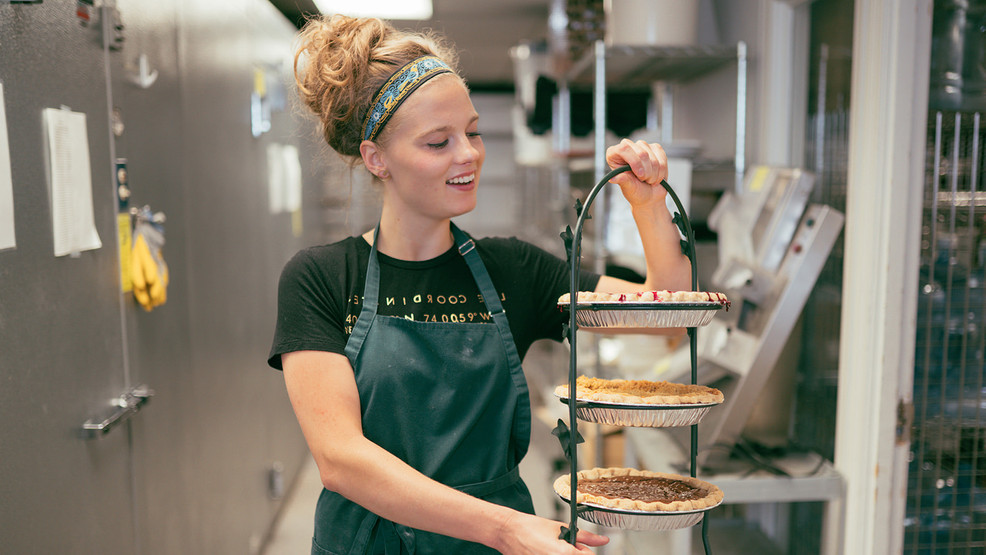 Chocolate tahini, sour cherry, black-bottom coffee custard — these are just a few of the pies Seattle-based Pie Bird Bakeshop delivers to the doorsteps of its Pie Club customers each month. Owner Hannah Jacobsen switched to a delivery-only business when COVID lockdowns stalled her farmers market stand last year. Pie Club, which delivers from West Seattle to Bellevue and points in between, has grown steadily ever since.

Pie is the ultimate comfort food, after all, and who couldn't use comfort these days?

Pie Bird took flight at the University District farmers market in 2018, filling baked goods with fresh, seasonal fruit from local growers like Remlinger Farms, Collins Family Orchards and Bow Hill Blueberries. Those top-notch ingredients, along with an extra buttery crust and Jacobsen's handmade touch, are what account for Pie Club's loyal following, says the Seattle native. She's also added savory pies and quiches, such as leek and gruyere, to her lineup.

"People can taste the care and love I put into it," Jacobsen said.

She invited Seattle Refined to come taste the goods at Seattle Commissary Kitchen in South Seattle, the shared commercial kitchen where Jacobsen operates. I was eager to try the chocolate tahini pie, a unique flavor combo that won me over on the first bite. The nutty tahini added depth and dimension to a rich chocolate filling resting in a flaky, golden crust. Slices of sour cherry and blueberry pies were just sweet enough and no more, allowing the fruit to shine.

Jacobsen enjoys playing with unexpected flavors and "trying to expand the idea of what pie can be." Among her more novel pie creations have been horchata (featuring cinnamon and a rice-flour based custard), banana fosters cream, boozy peach (spiked with bourbon), pear amaretto crumble, and black bottom matcha (with a layer of chocolate ganache). Seasonal classics such as strawberry rhubarb and lemon meringue are also in frequent rotation.

Jacobsen's baking journey started as a child, making blackberry pies with her grandfather every summer. After college, she honed her trade working at a pie company in New York City and returned to Seattle three years later to start her own venture. Entrepreneurship runs in Jacobsen's family, and they are part of her support team. Her sister delivers pies, and her mom has rolled up her sleeves in the kitchen.

Pie Bird's quality and service don't come cheap. Each pie is $30, plus a $3 delivery charge. Quiches are $28. But according to Pie Bird fans, you're getting more than dessert.