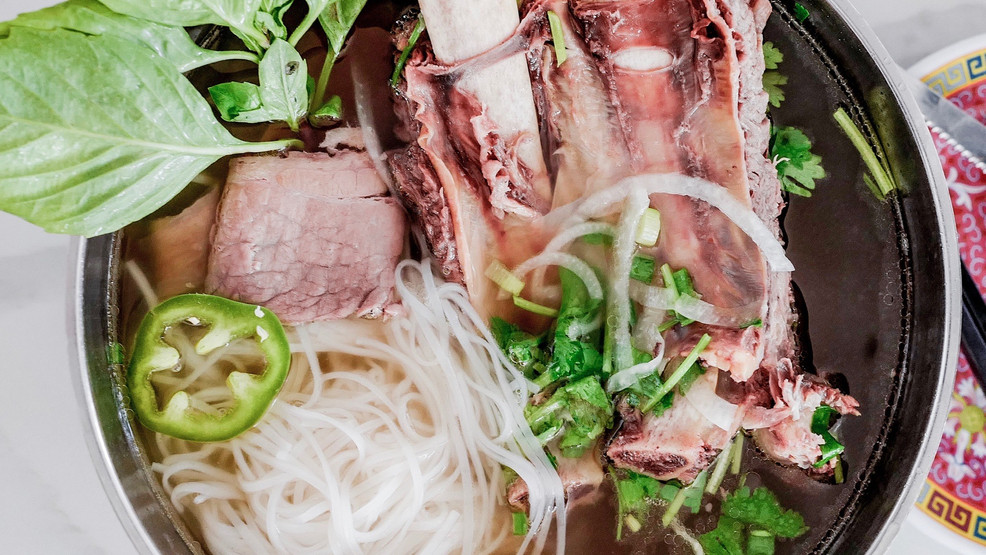 Inside Pho Bac Sup Shop, brought to you by Seattle's 'First Family' of pho

It's among Seattle's most ubiquitous dishes. A part of the very fabric of the city's food culture.

"Everyone eats pho. Everyone eats pho when they're sick, or when they want something comforting or they're really hungover. It transcends everywhere," said Yenvy Pham, co-owner of Pho Bac Sup Shop, located in the heart of Seattle's Little Saigon neighborhood.

Pham is part of what just might be Seattle's first family of pho. Her parents opened the original Pho Bac back in 1982, at the time it was the first restaurant in this now thriving neighborhood.

"On the weekends all the Vietnamese community came down for church or grocery shopping and they wanted something from home. So, my mom started doing pho on the weekends and then it just took off," explained Pham.

Now, there are several Pho Bac outposts around the city, but at Sup Shop Yenvy and her siblings wanted to create a space that felt more modern.

"I always call us the Costco of pho because everyone comes here. We don't really have a niche of clients," said Pham with a laugh. "It kind of encompasses everything. You can do quick eats, in and out, or you can just hang out, have a beer or cocktail and just bounce. It's a really cheap first date."

While the vibe is fun and welcoming, the focus at Sup Shop is on maintaining the integrity of the family's recipes. There's one specific aspect of the pho that keeps guests coming back.

"It's the broth. It's the liquid gold. You know you have good broth when it's that beautiful golden color," explained Pham. "It really is labor intensive work. It's a lot of marrow, a lot of bones and making sure everything is slowly cooked and no shortcuts. There is no shortcuts to making really good broth."

That beautiful broth is the base for Sup Shop favorites like the Instagram-worthy Rib Pho and classics like steak or brisket.

"Vietnamese cuisine, we're all about hitting every flavor palate in your mouth," said Pham. "That's why I want, when people first taste [the pho], it hits all the notes in your mouth and you're just completely satisfied with what you're eating. That's a really good feeling."

Those good feelings come not just from the food, but also the family atmosphere at this restaurant. More often than not, you'll find Yenvy or her sister, Quynh, working at the restaurant. But, it's their brother, Khoa, who really embodied the spirit of Sup Shop.

"My brother was very inspiring, [he was a] very creative thinker, very outside the box and we all kind of have that. It's really him that got the ball rolling for this [restaurant]," explained Pham.

"He was very distinct. You meet him, you don't forget the guy," recalled Pham. "He could talk to anyone and find out what they love to do and talk to them for hours about it. He never judged you. He was able to connect with so many different kinds of people on different levels and the patience he had was amazing. That's why he was so loved. He always welcomed everyone."

Though he's no longer here, Khoa's presence remains, in his family, the neighborhood he loved and the restaurant.

"He's still here and he's still motivating us. We're still very ambitious to want to make something great in his name and we'll keep on doing that as time goes."